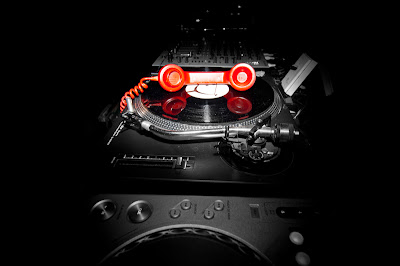 TEA started off its 2012 with a look at the acts we thought were destined to turn some heads come December this year. It was nice to see our predictive “Ones To Watch” compass stayed pointing relatively north. At the furthest tip it was Troels Knudsen, one half of Copenhagen duo Northern Structures, who unveiled his Ctrls moniker via two ballistic EPs on Belguim imprint Token. Both Ctrls and Token chieftain Kr!z later supplied TEA with two accelerated podcasts of hulking techno in 2012.

TEA podcaster number 26 MRSK and the masked Adam Rivet (TEA podcaster number 9) had releases pressed up for the Skudge Presents imprint in 2012 and Rivet was then lucky (or unlucky) enough to grace the pages of Resident Advisor, allowing RA’s garrulous comments sections to run riot. TEA's home town heroes the Carter Bros had their stellar Metropolitan LP, originally released digitally on Cuckoo Music in 2009, pressed up to vinyl and re-released through Kevin Griffiths Tsuba imprint.

Tom Dicicco thrummed 2012 with his usual three dimensional bass sonics with a stripped back EP on his (co-run with AnD) Inner Surface Music imprint, along with a second EP on Jonas Kopp’s Traut Muzik. ISM also released the 3 Stacked Layers, From Macro To Meta EP by Walker & Kennedy, a collaboration between Patrick Walker of Forward Strategy Group and Inigo Kennedy of Token fame.

As for AnD, I spoke with them for Little White Earbuds and according to Dimitri (the D from AnD), 2012 was all about getting “harder and harder and harder”. The two, along with Truss, helped career the 2012 alumni of UK industrialist and ‘90s inspired techno into the international spotlight.


On top of releases with Hidden Hawaii LTD and a second missive for Black Sun Records, the Mancunian outfit also launched their own white label imprint AnD, with the 001/0101 EP - two tracks of gabba-techno hardness. The pairing commenced the year with a stunning two hour homage to all things electronic and experimental in their “No Ufo’s” mix, later earmarked 11 months later by Juno Plus scribe Tony Poland as part of his “top 10 mixes of 2012 to stroll along the Regents Canal to”.

Henning Baer up routed his Ground Theory party from the bricky Arena Club and into its new (ex-bathhouse) home of Statdbad Orderberger. On the release front, Baer carved more of a name for himself internationally with the robust Drop Out 12” on Sonic Groove, as well as additional heavy cuts for Krill Music and Isolated System.

His K209 collaboration with Milton Bradley released just the one production this year with a mellowed out remix (in comparison) to Joseph McGeechan’s brutal Failed By The Conformists EP, released on Chicagoan imprint Prosthetic Pressings (Ancient Methods remix on the flip).

TEA’s first gig for the year was at our techno safe house My Aeon on February 11, where we celebrated a second year of blogging, touring and transcribing. Welcoming pleasantries were of course entrusted in Daniel Filipovic, TEA’s warm up specialist and one of Melbourne’s finest DJs with an unrivalled ability to woo an entering crowd with his dub-laden selections. 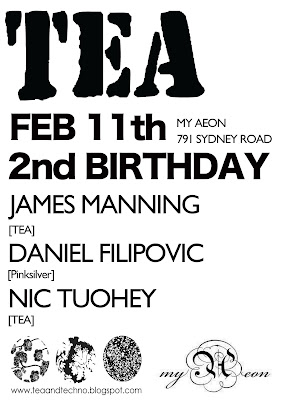 I then unwrapped three hours of various techno records from a 112 record haul from a recent trip to Europe. The globetrotting and newly inducted TEA resident Nic Tuohey then blew the roof My Aeon in a closing set drummed with some of Prologue and Zooloft’s most brooding cuts. He then finished with Jerome Sydenham’s hands up Vocal Dub to Flora Cruz’s “Let The Sun Shine Out”.

As part of the Fresh TEA series, Northern Structures opened our podcast and interview account with one of our most popular mixes yet. Basic Soul Unit’s Northern Heights EP for TEA label featurette Other Heights then secured my interest in pursuing the label for a written special (I saw BSU play live alongside Sven Weisemann later in the year).

Other Heights enjoyed an industrious 2012 with releases from Justin Berkovi, Herzal & Genoveva, Metropolis aka Lapien (who mixed the podcast to accompany the Other Heights label feature) as well as three various artists releases which included tracks from Unbalance, Tom Dicicco, Markus Suckut, Brooks Mosher and Ozka. 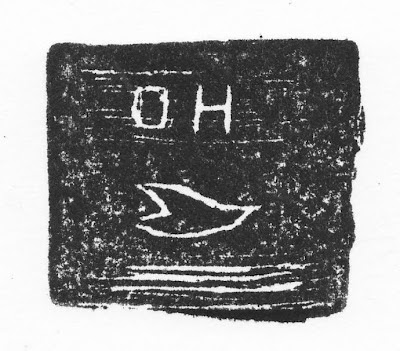 
Markus Suckut, one of 2012s stand out producers, launched his own SCKT imprint with the gritty SCKT01 - SCKT02 followed up in September. Suckut was prolific on the remix front this year supplying 11 mix ups for an assortment of labels including Semantica, EarToGround, Non Series and Gynoid, with remixes for techno heavy weights Truncate, Pfirter and Mark Broom. He also featured heavily in Myles Sergé’s TEA podcast, a producers whose lo-fi and uncompressed style of production has criminally gone unnoticed for too long, so it was a pleasure to land a mix and interview from the Grand Rapids native. 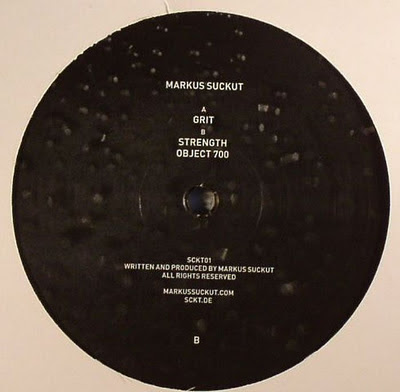 By mid February I was being treated for a severe case of RSI, which I only conquered in September. Enduring weekly physio and dry needling sessions, I gallantly pushed through. Helping keep TEA afloat was Bristol producer Jobody with some boom town sounds for TEA's 19th podcast, which unbeknown to most included “Wttp”, credited as “Unknown - Untitled [Unknown]”, by the yet to be known MPIA3 - Truss’ drum synth and 303 alias.

Cassegrain’s extended shuffles and subaqueous dub techno strayed across TEA’s rader and the duo ended up with four strong releases in 2012, raising the curtain for the Modal Analysis imprint as well as supplying other cuts for M_Rec LTD, Prologue and nutty Berlin label Killekill via a collaboration with Tin Man.


In late March my frustrations of rarely seeing a CDJ DJ, let alone a vinyl DJ got the better of me, resulting in the small “Refining The DJ” rant, posing the question “how does society picture the DJ?”  More rants followed, including Melbourne’s lacklustre party efforts and the impossibility of avoiding Shed’s music, whether it be room two, garden bars or the main stage.

After some salubrious dusting downs, TEA was privileged to a podcast and extensive interview with Mike Parker and the highly underrated Fanon Flowers. Benjamin Brunn dropped TEA its 22nd podcast which was soon followed up by another mix by 2012 prop Bleak.

The Scissors & Thread imprint then debuted the sultry sounds of Frank & Tony, earning them a review, as did youANDme’s dip in the deep end with the mouche EP on emerging German imprint Dub2Dust_Rec.