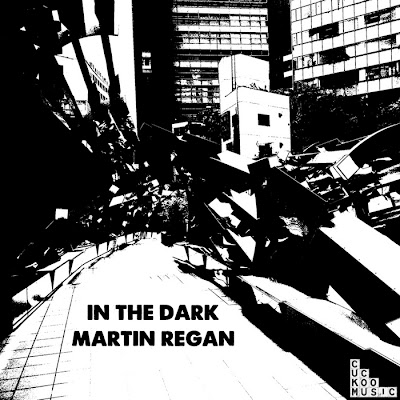 Squeezed between a shisha selling kebab shop and a male stripper club is Cuckoo Bar, a small 112 capacity dance space fitted with the city’s (and potentially Australia’s) best and finely tuned sound system, a Funktion-One. Also attached to the club is the affiliate label Cuckoo Music, which released The Carter Bros' Metropolitan full length in 2009, the debut opus for Cuckoo Music. The LP was subsequently pressed up and rereleased as a double 12” package for Kevin Griffiths Tsuba imprint in November of this year.

Saturday nights have regularly been curated by Tim Carter and Sanjit Dhillon, the latter revered by those in the know as Adelaide’s hardest working and unrivalled DJ for selection and mixing ability. Earning a regular spot on Cuckoo’s Saturday night line up is Martin Regan, a long time supporter, dancer and sometimes DJer at Cuckoo. He is also responsible for the In The Dark EP, Cuckoo Music’s third release.

The title track opens with a tight kick drum, circled by reverberating blips and delayed jungle percussion. A rising filter slowly gives way for repetitive and dubby chords to steal the show as the tracks centrepiece. Add some obscure vocal dithers, clever synth work and steadfast Roland hats, “In The Dark” makes for a late night burner.

The Carter Bros seemingly only borrow the dubby swatches of Regan’s original in their remix, adding further filter and delay techniques on top the the duo’s trademark 909 sequenced jams. Baroque chords, steely resonators and a downbeat Cypress Hill motif infects “Mexican Stand Off”, with a sprinkling of what sounds like Stephen Samuel Gordon aka Space Ape vocals.

“One Way Ticket” uses a similar filter technique heard in the title track, only this time it heads the EP in a housier direction. A dominating chord progression controls the arrangement, supported by horn-like synth stabs and breathy vocals that wail in the distance.

Regan brings his debut missive for Cuckoo Music full circle in “Out Of Reach”. Chicagoan whup-whup keys are surrounded by hardworking drums which lead into a percussive meltdown that builds and drops into a funked up and danceable groove.