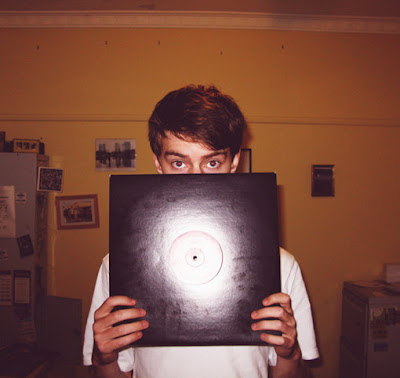 With a name reminiscent to that of an British rock group from Birmingham or a Floridian funk group from Miami comes Australian born and bred disco sensation Francis Inferno Orchestra.

2010 and saw a slew of releases for Francis Inferno Orchestra on Under The Shade, Wolf Music and Dikso which gained the attention and support from disco and house dons The Revenge, Eamon Harkin, Session Victim, Cottam, Eddie C, Jay Shepheard, Hot Toddy and Chamboche.

I met up with Melbourne's youngest disco pup at the Melbourne House Mafia's equivalent to the Soprano's Buddabing, Alley Tunes. Over a coffee and a few cups of tea we talked Madchester, longed winded disco band names, Industrial design and honey lemon tea.

First up tell us a bit about yourself and growing up in Australia.

I originally grew up in Canberra and moved to Melbourne when I was about 6. My parents lived in Brisbane before I was born. They have always been into music, Dad was really into Joy Division and New order all that Madchester stuff, he actually went back recently and did a Madchester pub tour, he loves all that Hacienda stuff. Mum was really into her punk too, I have pretty cool parents. My Dad has still got this giant David Bowie poster and a big collection of records, way bigger then mine.

How much of your musical taste do you own to your parents?

A fair bit. They were the ones that got me into the mind set that commercial music is not the way to go. They were always watching the oldies music channel on TV. This led me to realise that yeah, this older stuff is cool, way cooler then the modern day commercial music we hear today, it's untalented and boring, microwave shit, in and out in two minutes. My favourite video that I used to watch with my Dad was New Order’s Bizarre Love Triangle, so when other kids were bonding with their Dad kicking the footy we were doing it watching the Bizzare Love Triangle video.

How did you first get into producing music.

For years I listenined to a lot of hip hop, I was really into 9th wonder. The real sampled based stuff that had a lot of 60s soul and diva influences. The hip hop I was listening to was never really rap, but produced hip hop. I used to make hip hop beats on Garageband and Fruity Loops for a bit of fun. I’ve noticed the older you get the more you are inclined to listen to dance music, not only because you start going to clubs and music festivals but it's as if you gravitate towards it. So naturally as I got older I started seeing DJ’s and these guys were putting their own little spins and edits on their tracks. I had my own little DJ set up at home and thought I should really get back into producing so I could play sets with with my own edits. 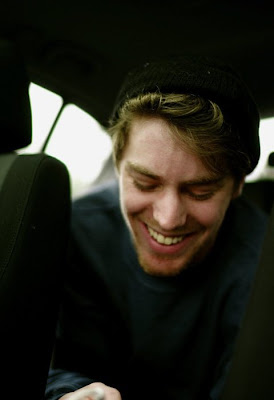 So what came first DJing or producing?

And how did your first release come about?

I started uploading my tracks to Soundcloud and at first I didn't get very many plays so I thought I’d better start getting some more exposure. I saw that labels, reps and big name DJs had their own Soundcloud accounts. I sent a couple of tracks to my friends as well as some of these big names who I'd never met before in the hope that some one would listen to it. Within about a week I had all these different followers and listeners coming in. Under The Shade got in touch within half an hour of me sending them my music and were like we really like this and want to press it. Later on Dikso approached me and within 2 months I had a track signed and pressed with them too.

So tell us about your latest release with Under The Shade.

After they said they were interested initially, they got back in touch and 3 months later they had Eddie C and Soul Clap on board for remixes, at one point there was talk of a Motor City Drum Ensemble remix, if that had happened I would have jacked in my pants (laughs). It took quite a while for the release to come out but I was cool with that as it’s a good label and I was willing to stick with them and give them as much time as they needed to release it.

How big a role has Melbourne played?

Pretty big. I saw Daft Punk here when I was 17 which then got me into all that electro. Then I started going out to a night called Third Class where Andee Frost played. They were playing that real New York disco sound of the time along with some Italo and not so much of that French house sound.

Your music seems quite sample based, is hunting for rare vinyl and samples something you do often?

I buy a fair bit of vinyl as well as downloading samples. If i’m out and about and looking through stores I rumage through the crates down the bottom. Im very inspired by 9th wonder and J Dilla as all they do is go digging for records and find cool samples. I like writting originals with original chords but at the same time sampled based is fun as you can put your own little twist on it. There are a lot of people that put out an edit and are like ‘yeah I like this old song’ and keep it exactly the same but add an extra kick drum. I don't do that, it has to be really worked on, not just some an half ass attempt at an edit. I really try and giving it the Francis Inferno Orchestra sound. 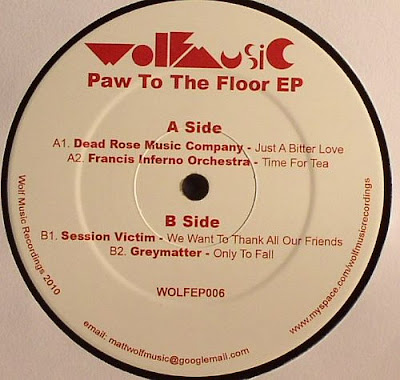 And Francis Inferno Orchestra? Tell us about the name.

I think at the time when I was thinking up a name, all of the bands I was sampling had these grandiose and hilarious names like KC and the Sunshine Band. Real lengthy names that say “disco band!” I was like I should be be disco band. I thought of it with a friend and was originally going to call it “something’ inferno musical, as in a musical experience but I went with Francis Inferno Orchestra. It rolls of the tongue pretty well. It’s not meant to be to serious. I’ve noticed recently people have put orchestra on the end of their names and its really bumming me out, I know I wasn't the first and I'm sure I won’t be the last but maybe I need to change names (laughs).

And your track Time For Tea, are you a tea drinker?

I defiantly am. That was the first deeper house track I made as I was making a lot of disco edits and sampled based music at the time. I wrote Tim For Tea with a lot of rhodes, chord progressions, filter effects and all that so when I finished I was like ok cool done, time for a cup of tea, so I called it that. I don’t drink crazy amounts of tea but when I do I’m a plane Jane english breakfast type of guy.

The Francis Inferno remix? Is this something we will see more of?

That’s really funny as I’m always happy to do remixes for people but no one contacts me. I was talking to Jeremy Duffy aka Duff Disco and Duff Step, he gave me his album and said if there are any tracks you want to remix let me know and ill send you the stems and we’ll put it up for digital release. So I was happy with the remix I did and it seemed to work really well. I also remixed Sidwho for Future Classic. I have done like 2 remixes ever and would love to remix more. I think I have done enough originals now so I need sometime to remix tracks to help re-inspire me for some new originals.

So being into Hip Hop, House and Disco, does that make you a vinyl purist?

I cant handle vinyl purists, I love spinning vinyl but as much as I’d love to be Im not old enough to be a vinyl purist. I’m not big on people being ‘I’m vinyl for life’. I like spinning records and it's a lot of fun and my sets are over half vinyl, its just that a lot of stuff I play is promo that I have from friends and it’s just Melbourne stuff. Lots of tracks from Andy Hart, Mic Newman and a few others. We are only on CD and haven’t really got many records out except for a few of us. Sometimes it just seems as if vinyl for life guys are after another thing to get snobby about.

Do you have any tours planned for Australia or the rest of world?

Im going to Europe in June and doing a small tour when I’m over there. Basically it’s a planned holiday with my best mate and Dad. I told a couple of labels and they are keen to have me play. I’ll be going over during my month break of uni, I’m studying Industrial design. 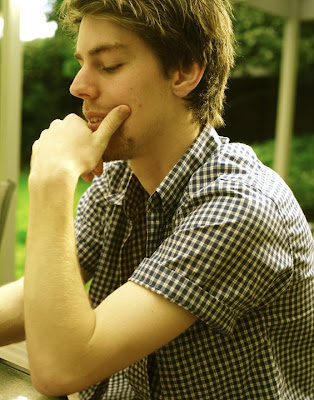 Is Melbourne where you plan to stay?

Hopefully Berlin, I’ve never been but from what I’ve heard it seems like the place to be, that or London. I don't want to sound as if I’m following the crowd but in terms of a career in Industrial design there are more firms and companies there where I could gain work. If not somewhere like Singapore, I just want to be somewhere closer to where it's all happening. Sometimes in Australia I feel we are so far away from it all.

Whats in the Pipeline for 2011

I just got the promo’s back for Melbourne Deepcast’s first label release. The Melbourne Deepcast is Andy Hart and Myles Mac. They decided they wanted to make a vinly only label. Andy I just started producing together and we really clicked in the studio. We made a track and were planning on giving it away but then we thought we’d keep it as a Melbourne thing. The track won’t be under a new name but it will just take very long to say, Andy Hart and Francis Inferno Orchestra presents (laughs). I also have an EP coming out with Join The Dots who is Jeremy Duffy aka Duff Disco and that is a pretty housey thing. People are starting to think that I can only make slow tempo music but this will show people that I have a bit of variety. I just got the masters back for my Sleazy Beats release too and it’s sounding nice. Kolour Recordings also got in touch which is cool as they were one of the labels I originally sent my tracks to in the first place.

Finally what is your favourite tea?

Well on the regular I drink english breakfast but my favourite is honey lemon tea because when you are feeling sick it makes you feel so much better, it’s natural medicine and when you drink it its like nothing else.