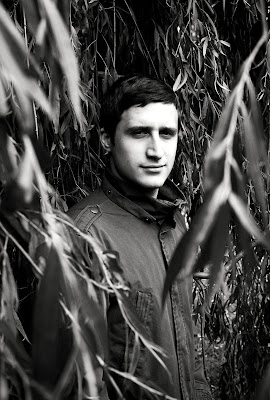 Tom Dicicco (pronounced Dee-Chee-Co) looks to have struck a chord with those yearning for more emotive content within music geared for the dancefloor. Dicicco may be considered to be in the dawn of his musical career but his deep and meaningful productions have years on the cheap, deep and meaningless imitations plaguing many of our inboxes. This comes as no surprise as the Northampton tot was schooled by the teachings of his father preaching the word, rhythm and sound of King Tubby, Lee Scratch Perry and Yabby You, delivering the dub obsessive we see today.

University commitments saw Dicicco make tracks to Manchester where a hook up with the prolific AnD via Easter Bloc Records saw the troupe establish the Wood Bison inspired Inner Surface Music. Since his first Material Things EP on Baud, recognition of Dicicco’s talents have not gone unnoticed, attracting the attention of Pär Grindvik, Jonas Kopp and Project Squared boss Paul Cooper.

On a recent trip to London TEA caught up with one of 2011's most exciting and prominent talents, where he spilt the beans on his love of wildlife documentaries, Massive Attack and a cup of Manchester's finest brew.

How and where did you mix your podcast for TEA and what did you have in mind when mixing it?

The idea behind adding dub reggae to each end of the mix gave me the chance to do something that in most club situations I wouldn’t be able. I always like to add things like that into a podcast and dub reggae has had a big influence on me, the rest of the mix is a representation of what I would play in a club at the moment. It was recorded at home in my bedroom on two 1210’s, a pioneer and was all vinyl.
What came first dub or techno?
Dub came along time ago. It all came about as my Dad is a massive dub reggae fan and he has a huge collection of dub reggae, wherever we were going my Dad had it playing. Massive Attack is also my favourite band, I’m a massive Massive Attack fan so a lot of influence has come from their early work and still a lot to this day with Heligo Land which I think is amazing. With dub reggae, at a young age you don’t ask too many questions about the music you are listening to, it wasn't until I was a bit older that I started thinking that I should look into it a bit more and ever since then it has played a massive part in my music.
How much has the dub influence helped you produce techno?
Massively. I’ve looked into it, I don't just listen to it. I read a lot about dub and I’ve watch quite a few documentaries. My Dad has a hole bunch of DVD’s that have come with albums that he’s bought and some of them show the whole process of how that album was recorded. I really enjoy the techniques they use and the way they go about production, it’s very unique. I’m not saying that I’m reinventing the wheel but I’m trying to implement some of those things into what I’m doing and I think it has worked for me so far.
You played Dense & Pika’s Bad Back in your podcast which is an absolute gem of a track, great find.
It is. I don’t think a lot of people know about it either. I’m originally from Northampton but I live in Manchester. When I go back to Northampton I go to Vinyl Underground, I picked that one up when I was there last and I was like this is a total killer, both tracks on the EP are really strong. It reminds me a lot of WK7’s The Avalanche. 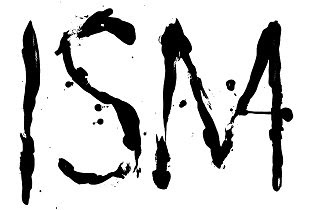 Tell us about your move to Manchester, how is it all going?
It’s going really well. I moved up here in August 2009 for university and I’m starting my third year now. I’ve met a load of people up here like Andrew and Dimitri from AnD who have been absolutely amazing, we started the label Inner Surface Music together. Had it not been for them I don’t think I would have had the chance to met a lot of other people that I’ve met up here. When I arrived in Manchester I went into Eastern Bloc Records and all the guys were there, I went in a few more times and then my Material Things EP came out on Baud, I took some copies down for them and they really liked it and it went from there.

The first release for ISM was Wireman's Monobloc/Distance/To The Sleeper EP. How did label first begin and what plans do you have for ISM?
I’ve always wanted to start a label. I have released on other labels and I always thought if I did start my own label it would be a platform for other artists too. Meeting AnD was great as they were on the same level as me. We spent some time talking about what we wanted to do and how we wanted to go about it, as in formats and aesthetic. Before we had that conversation I came up with the name Inner Surface through watching a documentary on Wood Bison, which is a bit strange (laughs). It was talking of how the Bison were made up genetically and how they use their skulls for fighting, it went into quite a bit of detail by showing all the layers of bone and things like that. It triggered something which somehow led on to the whole Inner Surface Music thing. The idea was for us to do our thing together and also bring in other artists that we like. The next release will be out in January and the one after that will be in April which will be a big release.

You seem to be a fan of your wildlife documentaries as I’ve seen you have tweeted quite a few time about Frozen Planet?

Yes. It’s the new David Attenborough documentary on Antarctica. It goes into things like the seasons and the cycle of life. A lot of what they cover is undiscovered, there is a lot of footage which you’d never get to see otherwise and it’s shot so well. It can be really inspirational to sit and watch.

I know you have done a few things for labels Stockholm LTD as well as Project Squared. How important are those two labels to you?

The very first thing I did was with Patrick Graeser and quite a lot has come off the back of hooking up with him in 2005. He introduced me to a lot of people, I’d send him all my stuff and he’d give me a lot of feedback, he gave me my first remix which was my first track on vinyl which was amazing. Patrick has always helped me and is like a brother in a way now, I can ring him up whenever I want and he’ll always have time to talk and we'll run ideas past each other. I go up to Berlin quite a bit to visit him. He also remixed my track Material Things with thanks to Roger 23 from Germany. Pär and I got in touch over facebook, he mentioned how he liked my tracks suggested we do something in the future. I was really up for that as I had always been into Stockholm LTD and loved his early Drumcode stuff, it was really nice to have him take me on board with the label. The first release was supposed to be my remix of S100 but then the various artists EP dropped and my track Night Erosion was my first release for Stockholm LTD. My remix for S100 EP will be next. Pär has been amazing and has given me a lot of feedback on some of my music that hasn’t been released, he has a lot of experience and once again being involved with him has introduced me to a lot of new people. I met Paul Cooper (Project Squared) through AnD as they did PSQ006 and I did the remix. After that Paul said he could be interested in releasing some tracks of mine and asked me to send him some material. I sent Paul some originals as well as the EP I did with Joe (Kowton), he said he really liked it and was interested in releasing it, I'm really looking forward to that coming out. I’d say that Inner Surface Music, Stockholm and Project Squared are three very important labels for me at the moment.

How did the EP with Kowton come about?

Joe and I had been chatting about doing something together and then the idea came about that we remix a track of each others and then release it as a four track EP. I sent that over to Paul. 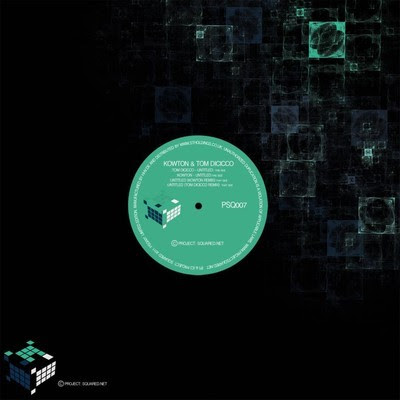 PSQ007 - Kowton & Tom Dicicco - Untitled EP - www.projectsquared.net by tomdiciccomusic
You also work closely with Jonas Kopp?
Ever since I released my EP on Baud I’ve been in touch with Jonas as he really liked it. He got in touch with me around this time last year about working on some other projects and I spent some time writing some tracks and now we are at a point where it’s ready to go. My track Dust Groove featured on Traut’s 007 which is a various artists EP.
You also did some work with Zebby from the Reggae group Mystic Crew?
Zebby and I used to go to collage together. I was always into what the Mystic Crew were doing and Zebby is an absolutely amazing singer. When I was at uni I was working on a new project, something that was a bit more broken I guess you could say. I gave Zebby a call to see if he fancied doing any vocals. I sent what I had done over to him and he came up with an idea and we bounced it back a few times and that’s what came out the other end. I didn’t really think about releasing it properly but when I was featured on Modifyer’s Process Series, Rayna asked if asked if I wanted to contribute anything and I sent her that and she really liked it.
I also saw on your tumblr that you have a quote from Giorgio Morodor.
If you can get the opportunity to sit a watch someone in the studio the value of that will benefit you more than listening to what they make, as it will put you into good practice when working on your own music. That is more important than anything. To have had the opportunity to sit in on a session in Jamaica with King Tubby when he was alive would be something that I would give anything for. A lot of the time when I listen to his music I think - how the hell did he do that? To be able to witness something like that would be amazing. I’d love for a week to just sit and watch Massive Attack in the studio too.
Whats next from Tom Diccico?
I’ve got quite a lot. My remix for S100 is next and I’ve got an EP coming up on Jonas Kopps Traut, that will be out on the 5th of December and will be two tracks with a Shifted remix. The 9th of Decemeber will also be my Project Squared EP with Kowton. I’m also working on something with Indigo.
And what is your favourite tea?
My favourite tea is PG tips.
Of course, a local brew.
A good old English tea with no sugar, I used to have sugar when I was a kid but not anymore.
Milk?
Yeah Milk, no sugar. Sometimes I’ll have a green tea with grapefruit or apple, some of the Twinnings range can be quite nice but usually it’s good ol cup of PG tips that does the job.