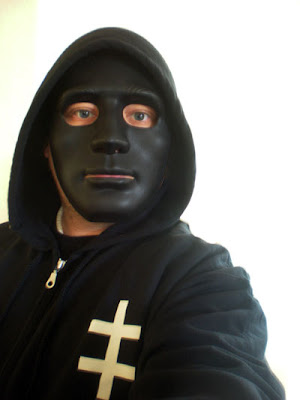 Adam Rivet is a relatively new comer to the international fray and to date his 3 track Inside Looking Out EP released on Frozen Border sub label Naked Index, is all that we have heard from him. If a bruising slab of Detroit tinged techno is any hint at what we should expect, then we have a lot to look forward to from the masked techno avenger.

I recorded it in my studio friday night last week. I used two turntables and an archaic rotary mixer that is falling apart, I refuse to get rid of it. I also borrowed a CDJ to play some unreleased material, thanks Henri!

What was involved in the preparation for the mix?

I just did what I always do before gigs, jam for a few days and then a grab a bunch of wax and do it. They were all some of the last vinyls I bought. I tried to play a few more "song based" tracks since I guess most people will listen to it at home. In a club I usually pick some more stripped back stuff and try to mix a bit quicker.

Tell us a bit about your relationship with electronic music. Where did it all start and how has it lead you to where you are today?

I don't remember exactly when it all happened but as a kid I loved all the typical synth pop. In the mid nineties I had older friends who introduced me to stuff like Adonis, Marshall Jefferson, Joey Beltram and Paul Johnson which really clicked for me. I didn't really go clubbing though as I was too young. Once I was old enough I felt a bit misplaced in the club scene so I stayed home with my decks and rocked it out for my parents and neighbours (laughs). In the later part of the nineties I was really into Photek and Optical but when Drum n Bass got more wobbly and super produced I quickly lost interest. Most of the 2000's I was into old stuff, going back in time and crate digging for some gems of the past, I was basically living on Discogs Marketplace. It wasn't until two or three years ago that I became in sync with the scene again as I started finding some of the "dubstep" interesting by guys like Martyn, Scuba and Pariah to name a few. It sparked an interest to follow current music again. Lately I've been really into what Basic Soul Unit, Levon Vincent and Kassem Mosse have put out, their records are actually what inspired me to send out some of my own music. 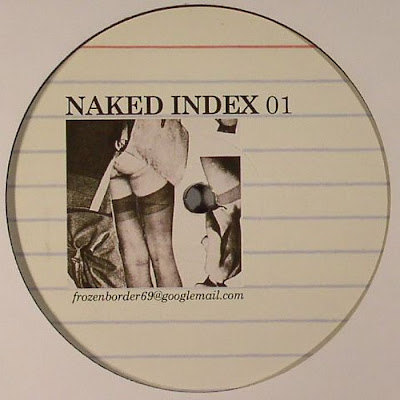 You have just released Inside Looking Out on Frozen Border sub-label Naked Index. Tell us about that.

Well I guess the title is explained in the question above. I have been making music for a very long time but I am a bit shy when it comes to showing people. When I finally gathered enough courage to send out a three track demo, Jeff of Frozen Border immediately signed the whole bunch. I was shocked, but very happy. Just 4 weeks after the initial contact the vinyl promo was out and it got some overwhelming feedback from some musical heroes of mine, it feels unreal really. Funnily most of the stores stocking it tagged it as Andy Rivet, I guess because of my shitty handwriting (laughs).

What's next for Adam Rivet?

Another EP for Naked Index, a remix for Skudge Records and two more EPs on labels that I'm not allowed to announce just yet.