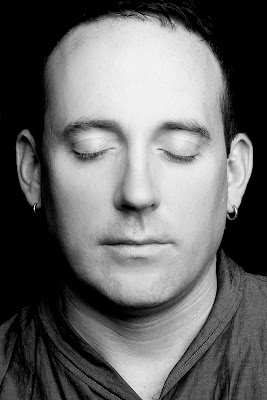 After speaking with Dan Curtin, it quickly becomes clear that 20 plus years of running record stores, distribution companies and labels, while producing and DJing his own particular sound - the man behind the esteemed Metamorphic imprint holds some serious clout.


Whether it be crafting streamlined techno or off-kilter house grooves, Curtin's productions harness a wider range of influences than most. The Cleveland native's releases have graced the the pages of electronic most revered labels including Peacefrog, Synewave, Dust Science, Rush Hour and most recently a slew of releases on Mobilee.

TEA caught up with the Autoreply fugitive to talk old school Cleveland, music piracy, London club culture and a cup of the ol good stuff.

In the words of Ian Hunter  - 'Cleveland Rocks.'

You mention that Cleveland could be tough when it came to discovering electronic music. What were your main outlets to hearing, buying and discovering music?

Yeah, it was a bit isolating there but in the end it was both a blessing and a curse. A blessing because it forced me to find my own way and my own sound. A curse because I never had the advantages associated with being part of a city scene like Chicago or Detroit. But as far as where I got my music, the answer is anywhere I could! I would bother local record stores who's most adventurous purchase was a Cure 12” to get in some Chicago house music, some clubs in Cleveland slowly started having house nights but we used to drive to Detroit to buy music and to go clubs. Music from friends who traveled to London for example helped too. I then started linking up with the few other kindred souls and we pulled our resources together, shared what we had, made tapes for each other and things like that. It was a passion and anybody interested really had to work for it, but this made the music that much more delicious! Now, these things don't apply because you have access to everything very easily.
Who was helping push electronic music in Cleveland at the time you were first getting into it?
There were basically two DJs, Mike Filly and Rob Sherwood. These guys really pushed hard and were the main 2 DJs in the city doing nights, they really did it all on the club side of things. They are still the main resident DJs in Cleveland now. Then I was the first person to open a record store dedicated to electronic music, it was called Deep Records. That blossomed into a distribution company called Deep Distribution.
How is Cleveland's electronic music scene at the moment and how often do you go back?
I get back there every year to play and the scene is not bad, lots of parties and good nights. It's small as to be expected from a city of that size in Ohio, but the heads who are into it have a good scene. There is a lots of love and when I played there last September it was a blast. 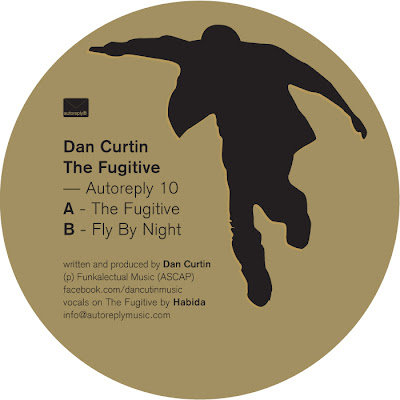 Your productions often blend many styles and genres. Are any current or older styles of music or production techniques specifically influencing you of late?
I just love soul and funk and this can take many forms. That's probably why you hear these blends of styles because I'm going for atmosphere, groove and emotion rather than a style or genre. I've got a killer record collection from the 60s through to the 80s and every day I take out a gem to listen to and get inspired. My current love is hip hop and this is probably what I listen to the most besides the house and techno I’m playing in clubs. Lot's of great hip hop out at the moment.
Your most recent Fugitive EP on autoreply is a good example of you implementing various genres into a track. Did you have a certain mind set or approach to making the EP?
I was going for some kind of darkness with energy and feeling, not a cold darkness but something warm and organic, a positive darkness if you will. On ‘The Fugitive’ I also wanted to have a loose, live feeling to the drums to help with this organic feeling I'm talking about and on ‘Fly By Night’ I just wanted one driving groove to flow throughout the track.

Tell us a bit with your involvement with James Kumo. He featured in TEA’s one to watch for 2011. How did you first come across James and do you plan to work with him so more?
James sent me a demo and I released it on my label straight away. I definitely love his sound and yes, for sure I'd like to work with him again. He's really developing his sound into something unique and original.
You also used to run a record shop in the states. I recently spoke to Adam X and he mentioned that between the years on 1995 and 2001 he was running a very successful business. Then due to unforeseeable circumstances of 9/11 and growth in digital music sales, he was forced to close the business. How did you find running a record store throughout your years and can the independent record store today survive?
I never had to deal with 9/11 and the digital transformation because I got out of the store and distribution in 1997. My music career started to blow up which meant that I didn't have 10 hours a day anymore to work on the business. Im glad too because back then we were very successful selling so many records, sales were just so much better then. Today the independent store has to rely on the most passionate and niche customers which makes it nearly impossible to survive with such a small customer base. Before digital, people had no choice but to by their music physically so this was a huge advantage over what stores are facing now. Cities like Berlin and Amsterdam can support record stores because there are so many DJs and music heads in these cities but it's much more difficult everywhere else.

Having worked in distribution, owned a record store and running your own Metamorphic imprint, how heavily has music piracy effected you and what is your stance on piracy today?
I think piracy has all but destroyed the vibrancy of the scene. It's the number one problem and one that we may never recover from. There is no excuse for stealing music, period. If you do you are a thief and you don't deserve the music. That's the way it is. 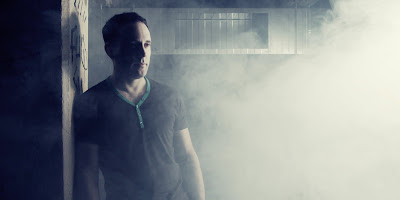 How things with your Metamorphic imprint at the moment?

Metamorphic is as always releasing very sporadically. When the universe sends the music my way I will release it but I've never tried, nor will try to maintain a release schedule on Metamorphic. I keep it for the passion, not business.
Of late much of your work has come courtesy of Mobilee. Tell us about your relationship with them.
I met up with them in Berlin, one of the great things about living in a city with such a vibrant scene. First you meet socially and then it becomes more. It all happened quite naturally but now they are my focus and this is where I am happy to release most of my music. Of course I'm still doing plenty of remixes and guest releases on other labels which will never stop, but for the moment most of my work will be through Mobilee.
And Berlin is home at the moment? Where else have you lived and over the years how have all these different cities help develop your DJing, productions and life?

I've been living in Berlin for the past 7 years. I’ve also lived in Bern, Switzerland for 2 years. I think the core sound in my production and DJing was formed in Cleveland in the inner city, this is my foundation. But then living in the foothills, to the alps or in Berlin helps spice up and adds to that foundation. Everywhere I live or visit makes for an influence and inspiration in one way or another.

Almost 20 years of DJing! Any spots you always enjoy playing or hope to play again, or never again?
Almost 20 years! More like 15 seriously, and then not completely professionally until 1997. But yeah, the party can be good, bad, everywhere or anywhere. You can have awesome or terrible nights at any venue. There is no place where I never want to play again but my spots to play have to be London, Mexico, Sweden...ahhh everywhere is usually great!!
I’ve also been told your first London gig was at the legendary Lost Parties. How was it first experiencing London’s club scene?
That party was my first international gig and I had only been “DJing” for 3 weeks. It was a super experience sharing the decks with Stacey Pullen and Luke Slater, these guys were already legends. It was mind blowing and life changing, what else can I say it was just crazy. Not just the clubs, the scene in general was so vibrant. The record store culture was like nothing I had ever seen. Going into Fat Cat Records and being given a private listening booth and a stack of promos reserved only for VIP's and seeing crowds of people with such passion coming into the store and watching the new releases fly off of the shelf, come on, this was beyond amazing. 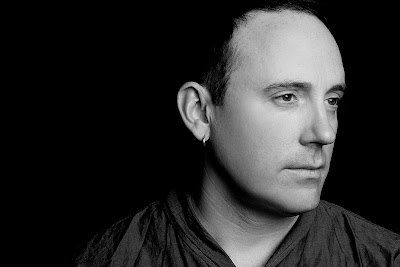 You say “I now feel like I am a DJ, not just a producer who DJs, but a DJ and a producer.” How big a part of DJing is specifically choosing records for your next show and how do you prepare for you shows?
That is the most important part now, it's all about the programming. I tend to spend way too much time choosing the right music and now with incorporating digital music into sets it takes even longer! It's gotta be right and I need to go into each gig with music I love and music that I am confident is going to give the people a great time.

Hardware software, you’ve got it all. How much has your production methods changed over the years?
Not much in any way that is important. The methods, gear or techniques are not important to me.
Can be sticks and a log or Logic and a controller they are simply a means to an end. It's all about what’s inside and what I can get out of it. It's all about the emotion and groove whilst sharing the gift the universe gave us.
Whats next for Dan Curtin?
Lots of remixes this spring including a mix on the Soma 20th anniversary compilation and a new EP for Mobilee. I’m also teaching my daughter how to DJ!
What is your favourite tea?
Coffee.