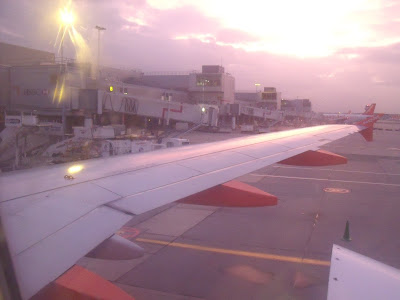 Amongst bleating cattle I boarded Easy Jet flight 5415 to Berlin to take part in Tobias Rapp's Berlin and the Easy Jet Set (plus a few extra days). As I stared onto the concourse I found myself conjuring up excuses of how I could exempt myself from Rapp’s cliché, I am staying for 6 days, I do have friends in Berlin, I’m not just going to Berghain, I can count to zehn in Deutsch... A slight delay had me land at Schoenefeld Airport around 10:00pm and thanks to some touristic errors I made my Frankfuter Tor destination by 11:30pm-ish. Bags dropped and two (novelty size if your Australian, the norm if your German) Weißbier’s later I was on my way by foot along Karl Marx Allee (excitedly poster spotting along the way) to Weekend to see Ed Davenport and Oliver Deutschman.

Up the elevator with not a word spoken to the hazy lift attendant I entered Weekend unknowingly walking straight through eight friends arm in arm posing for a photo, not exactly Berghain. I looked on as Davenport banged out some hard hitting house with some trademark E-D bottom end to boot. El Carlsberg flowed and before I knew it was was nigh on 5:00am and time to make tracks back down the Karl Marx. 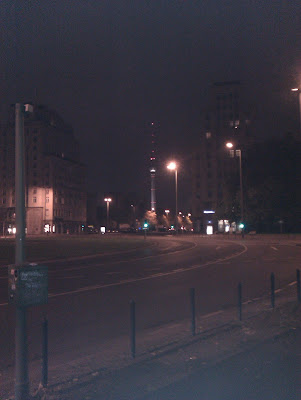 Friday morning saw a shower, coffee, croissant and trip Weinmeisterstraße for some new threads with old mate Fred Perry. Feeling almost dapper with my three new purchases a late lunch at Monsieur Vuong’s Indochina cafe called as I indulged in a light Vietnamese laksa and some green tea. Feeling human again I made the short trip south to Gneisenaustraße for some record shopping at Space Hall. Around 2 hours and fifteen records later I was U-Bahn-ing it back to HQ for some rest, pizza & biers and rest before hitting Henning Baer’s Grounded Theory 12 with Ben Klock, Delta Funktionen, Vault Series (Live) and Mr Grounded Theory himself Henning Baer.

Arena Club just south east of Berlins Mitte near Treptow was originally designed and built in 1927 for the intention of housing the omnibuses of Berlin’s public transport services, but was then re-assigned as a weapon’s arsenal for the Third Reich. Arena Club is tucked in amongst a barrack of industrial framework and was unusually quite on approach, leading me to think had I come to the right address. Those thoughts were quickly dispelled as lowly muffled throbs pulsed through Arena’s brick walls. A hushed line up consited of some whispered conversation where not surpringly the only distinctive voice to be heard was a group of American’s, their saving grace being a conversation about DJ Harvey. Nothing beats the feeling of entering a club when the night is young and this time I entered Arena to Henning Baer playing Conrad Van Orton's - Shattered, an artist I had funnily enough been telling friends about that day. Arena’s club was already quite full and a packing a friendly vibe, even when the bar ran out of beer. Beers were soon flowing again and so were Subjected and Moerbeck performing live as Vault Series and as to be expected were heavy on the four four German-ness to the rampant applause of Grounded Theory. 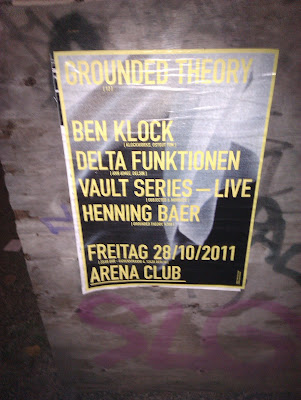 Rubbing shoulders with many of the artists whom have featured on TEA and the enthusiasm of Arena in general was a nice lead up to the start of big 'n' bustling Ben Klock's set. Oozing techno, Klock kept his first half very melodic, with comparable sounds to his Compression Session EP. The second half had Ben bring it home to the delight of one patron swinging his shirt swing above his head for the greater part of his set. I'd be lying if I said I didn't experience a Ben Klock moment like so many of us have. I took respite from a more crowded part of the dancefloor and pushed my way to the rear where I managed to find a small stepper elevating me above the dancefloor. What I saw next turned me from stoned face techno obsessive blogger to blushing prepubescent school boy as 3 german girls exchanged heats of passion, which to be honest it was a welcomed change from the usual same sex debauchery seen on German dance floors.

I took further respite on Arena’s viewing deck as Klock finished off his set to the cheers and hurrahs of a party not close to finishing. Delta Funktionen took over from Klock with some heavy hitting, deep and "Nu Skool" electro easing in from Klock’s thunder and lightening. Calling it a night I was handed a copy of Vault Series Vol.7 by Subjected a former interviewee and podcaster for TEA capping of night two of my Easyjet Set adventure.

Talk of Berghain at the moment is about as worn out a screen print T-Shirts of Kate Moss sold at Camden Market, so I'll keep it brief. Disappointingly missing out on Shifted's set I caught Planetary Assault Systems bang out Rip The Cut, Kray Squid, Bell Blocker (A DJ's favourite) and Wriss, followed by some loopy James Ruskin techno. High fives all round to Ruskin for dropping Thomas Bangalter’s - Outrun. Nearing my 8th hour inside Norman Nodge lived up to the reputation of what a Berghain resident should and his mix of Blawaan’s What You Do With What You Have was certainly a work out. 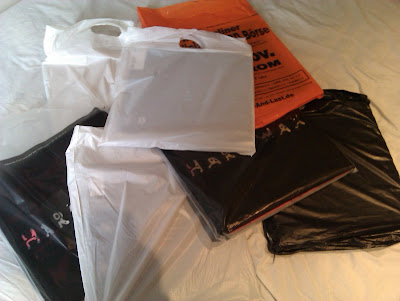 My remaining three days in Berlin essentially only consisted of rest, record shopping, donor kebap munchings und eine kaffe’s. This was my fourth trip to Berlin so I can confidently say that I had seen enough of the cities touristic attractions to not feel guilty about dusting up the knuckles for three days. Hardwax was my first port of call and I arrived at 11:00am, a little too keen, let's say one hour too keen as Hardwax opens at 12:00pm. I took a stroll along the Spree and made sure my return to Hardwax was at 12:15pm, don't want to look to keen right? gimme gimme gimme.

Two hours later I was mechanically and unemotionally processed at the register with what was close to 150 euro’s worth of records. Next up was the very friendly OYE Records located just off Schonhauser Allee up from Senefelderplatz. Listening to some records at my listening booth I was politely interrupted by a woman who explained to me that a German news crew were filming in the shop and that I would be in the background whilst the presenter did her thing. If any one reading this happens to see a German news story on OYE Records please let me know as I'd love to see it. I remember listening to this during filming. Last stop was Mitte Musik just off Warschauerstraße, a bulging bag full of records had me telling myself to relax and not buy everything on sight but the Mitte Musik guys had me at hello with their impressive Fachwerk selection, sold. 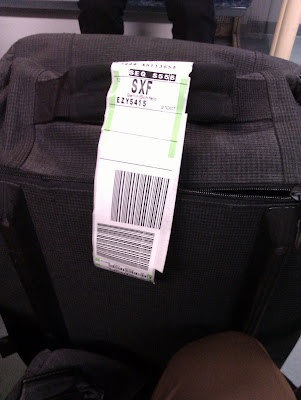 Wednesday I managed to quickly catch up with Henning Baer for a quick coffee and was treated to a sneak peak inside K209's studio, it’s no lie when they say techno made in a Berlin basement. As I hopped the S9 headed back to Schonfeld I huffed and puffed breaking into a small sweat lugging around what was in total close to 50 records. I packed light for Berlin knowing I would be bringing back some records, only I didnt expect my binge to be as big as it was, or at least I told myself that. I made my way to counter to check in my bag and attemped to casually lift it on the weigher, I wasn’t fooling anyone as I no doubt looked like an olympian weight lifter about to buckle, pulsating vien in the middle of the forehead is always a good too. I ended up checking in at 19.6 Kg’s, 0.4 Kg's under the limit, not bad going considering I had more in my hand luggage.