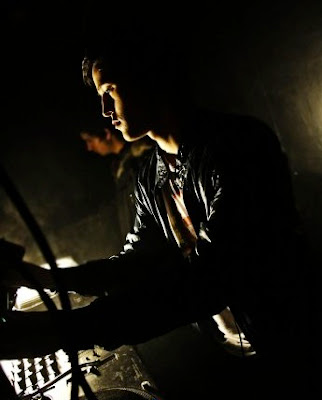 The fourth sugar to be added to TEA's podcast series come courtesy of the UK's Russel Smith.
I first spoke to Russell in early April about contributing to TEA's podcast series and 6 months later it's arrived in my inbox.
This is not 6 months of 'not getting round to it' but 6 months of painstakingly and meticulously choosing tracks, arranging mixes and late nights. No flaw in mood or transition is excusable when mixtaping in Abelton and Smith happily takes the rigours and demands of such a mix in his stride. Anyone familiar with Panoramabar late on a sunday afternoon, you'll be feeling this..
A lovely blend of deep house, techno and dubstep-ish styles.
Tracklist will be announced on the 26th Sep in the comments section.
Download here

Tell us about about your podcast, how did you go about compiling and mixing it?

Nothing too deep. I just wanted this podcast to represent what I might play in a dj set at the moment as well as packaging it into a coherent mix. I also wanted a mix that could be enjoyed in headphones and at work just as much as blasting it away at home before you go out. Every mix I do I aim to make better than my previous, so it pushes me to improve. Now I record mixes in ableton, this is not so much to improve technically but more in terms of track selection and how to create and sustain a mood. I enjoy looking back at old mixes i've done as it shows my personal journey in music and djing.

How are things going with your night Oscillate Wildly?

Ask me in a couple of months! Their have definitely been ups and downs but thankfully more ups at the moment. We are launching a monthly party in Sheffield in with James Blake in October as well looking to carry on our semi regular parties in Cheltenham and my hometown of Chelmsford. Its hard work because we are trying to push artists who we believe in whilst still putting on a good fun parties that everyone can enjoy. When I look back to just over a year ago I laugh to myself and think how naive I was and i'm sure in a few years time I will do the same. (laughs) 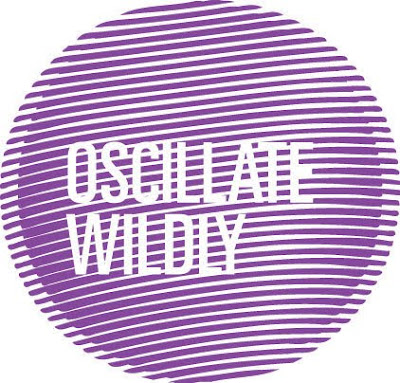 I can't remember a time when I haven't been into some sort of music. My Dad played in one or two semi successful bands when he was younger and while I never really took to any of his music it meant that I have early memories of playing with various instruments, specifiaclly a juno 106. Unfortunately he sold it before i really understood what it was. The first style of music that really struck me was garage, when UK garage exploded in Essex, I was maybe 10. I actually bought a few vinyl even though I had no decks to play them, I remember not being allowed to play my cds in the car too.

From there I moved to bands like The Smiths and Joy Divison and was inspired by soundtracks to skate vids. Occasionally I would buy magazines like NME and Q to read up on the latest bands and gossip when one day a promotional CD came with NME, it featured a mix by Simian Mobile Disco playing Hot Chip, The Gossip, Soulwax, Shit Disco and the Klaxons . It completely blew my mind...That was about 4 years ago now and although I do still listen to bands its pretty much all about electronic music now.

Where are you playing next?

Im playing in room 3 of the Drumcode Warehouse party on the 25th of September. Adam Beyer, Chris Liebling, Paul Ritch & Cari Lekebusch are all on the line up so im looking forward to that. After that I should be playing a few gigs at Digital Newcastle and for another great night called Zap.

Coca Tea. Its really really good for you too.

You can next catch Russel Smith at