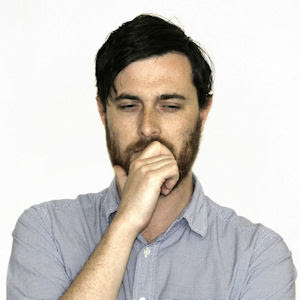 TEA presents the 6th edition to its Podcast series and this time it's Autoreply's four striper Confetti Bomb that's bringing the boiling water to the table. When he is not on the podcast or pirate radio he is running the successful Autoreply and Stuga Musik imprints as well as producing under the OCH and of course Confetti Bomb handles.

Pick up a fresh 12" of OCH here and catch up on a glowing Juno Plus review here.

TEA caught up with the OCH Bomb to talk diggin it deep, gettin minimal, the Botanist and Lapsang Souchong tea.

Tell us about the mix. How was it complied and mixed?

I wanted to try to capture what I do in a club situation which is jamming with all the various guises of house and techno old and new. I’m not interested in taking people on journeys or whatever I just like to dig deep into my collection as much as I enjoy sniffing the new stuff out. I did the mix using vinyl 12” s and Serrato then gave it a manicure in Adobe Audition.

Give us a little background on your label Autoreply.

I started Autoreply in 2008 although I’d been planning it for some time. I had all this great music from friends some of whom had never thought about putting it out. Around this time I was also rubbing shoulders with some of my favourite producers due to my day job at Juno so it seemed like the right approach to present everything under one roof. Everyone brings something different to the table and with each release you’re always guaranteed to have something to rock your floor peak time with something for the after hours on the flip or the digi exclusive.

How is it going and what is next?

It’s going well now and we’re here to stay. A lot of people said I was mad to start a vinyl label in the then current climate and it’s been a lot of hard work with highs and lows. I’ve had encouragement from people right at the top of the game which has enabled me to hang in there and stay focused. Autoreply 10 will be available after Christmas with a very special release from one of the first artists to grace Autoreply towers. Earlier this year I launched a sub-label called Stuga Musik which is still aimed at the dancefloor but has a slightly more eccentric personality than its elder sibling – It’s available on vinyl although no hand stamped white labels.

Confetti Bomb isn't your only moniker, tell us about your other aliases.

At the moment my other active alias is OCH. This represents the slower more musical side to my productions as opposed to the Confetti Bomb stuff which is more machine orientated. The next OCH 12”, Dicken’s Tracks, is on Baby Ford’s PAL SL imprint.

You also used to run the radio show 'the minimal show'. Tell us about those days.

Haha! Those were the days. Obviously In 2005 ‘Minimal’ was the buzz word on the London scene. I was approached by one of the capitals longest running pirate radio stations to present the show alongside another Juno employee, known then as the Botanist. I’d always been a fan of the early minimal music and liked some of the new stuff that was coming out. It ran for a couple of years and was supposed to be live Friday 12-2am although sometimes cut off was nearer 8am. We had all sorts of guests many of whom performed anonymously to avoid the wrath of the promoters that had flown them in for Saturday night appearances. We started loosing interest because the music on offer to us within the genre started to go stale so jumped ship and I started the label. One time we left the talk over button enabled all night, I wish we had a recording of that as we didn’t mind putting the world to rights.

When can we next catch Confetti Bomb?

Lapsang Souchong for me is the king of teas. It combines all the qualities of a really decent cigar in a smokeless, liquid format.