TEA Special: AnD - No Ufo's Mix 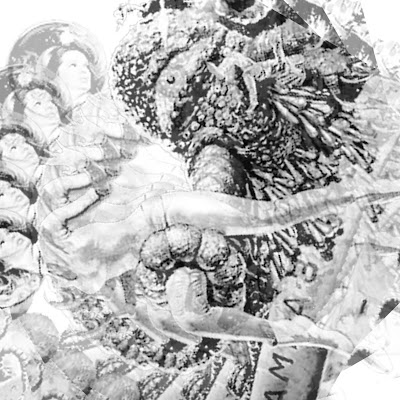 UK techno is amidst an exciting resurgence not seen since the halcyon days of Surgeon, James Ruskin, Luke Slater, Steve Bicknell and their affiliate labels dominating record shops and DJs sets. A gradual slowing down of production and output from some of the UK's more prolific artists and labels saw a spike in the amount of music coming out of Berlin's underground in a mid '00s movement spearheaded by Ostgut Ton and Berghain's ability to turn its residents into stars overnight.

UK techno however bubbled and other acts such as the Regis, The Black Dog and Mark Broom et al. maintained a less prolific yet generative stream of work. In 2011 and the tip of this new iceberg is just starting to show. Few producers of late have received as much attention as UK artists Shifted, Blawan and Perc, while the enigmatic AnD with six releases to their name in 2011 happily maintain a shadowy existence.

It's been well documented that industrial groups such as Throbbing Gristle and Cabaret Voltaire were inspirations behind the abrasive soundscapes carved by the likes Surgeon and Regis, with Perc - celebrating 10 years in the game - recently commissioning remixes from Chris Carter and Richard. H. Kirk, as did The Black Dog.

The legacy industrial music left for UK techno is merely one of the reasons for this galvanising resurgence; bass music's crafty approximation of techno has seen Blawan's ramshackled arrangements championed by an array of localities, ranging from Parisian electro house dons Orgasmic and Teki Latex, to Berghain honcho Norman Nodge - I personally saw "What You Do With With What You Have" knocked out early on a Sunday afternoon.

Acts like Shifted and Instra:mental have applied their drum and bass sensibilities to suite a house and techno framework, but it's AnD's heavy and stripped back brand of analogue techno that has diverted least from the UK's original outpourings. A style they call "Dave Clarke inspired techno".

The enigmatic and covert productions of AnD have seen releases on the equally enigmatic Horizontal Ground and Black Sun Records, as well as the fledging Idle Hands and TEA feature label Project Squared. The two also run their own Inner Surface Music venture with Tom Dicicco which has so far seen two releases, with a mooted third on the way.

AnD have opened up their hearts and mind for TEA, compiling their No Ufo's mix. The two draw upon acts and artists to shape their music and lives, whether it be through the aforementioned industrial progeniators or modern day manifestations in Tropic Of Cancer and Demdike Stare. The two also champion those pushing the boundaries of contemporary techno, acknowledging Sandwell District and DJ Skirt to Giorgio Gigli, Lucy and Xhin, while also providing rarities from Brian Eno and David Byrne, John Cage (I was find that same 12" in Amsterdam last October), Neu and Belgian EBM outfit Front 242.