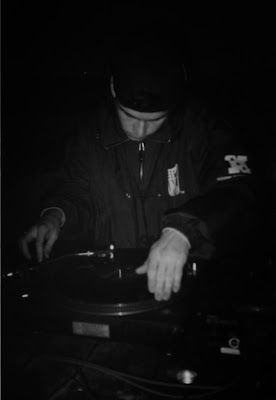 Not be to be confused major league baseball star or American toy manufacturer (that brought us Connect Four and Guess Who?), true Berliner Milton Bradley has been in the game long enough to predict trends, avoid commercialism, and avert imitation.
DJ's chasing the techno quicksilver of Berlin have artists like Bradley to thank. In 2008 along with close friend DJ Zeal, the two started up Do Not Resist The Beat! a medium for releasing their own no frills music. 2010 has seen the emergence of DNRTB! sub label The End Of All Existence. One listen to it's first and only release requires no explanation for the sub labels nom de plum, atmospheric, earth shuddering, cinematic techno at it's finest.
With a handful of exalted releases on DNRTB! and over 20 years of DJing experience behind him little is known of Bradley. With the internet baring the fewest of clues TEA caught up with Milton to talk Acid House, Miami Bass and Electrofunk, live projects, Grounded Theory and Darjeeling black tea.

You are a born and bred Berliner. How has the city defined you and your music?

Well yes, having lived here my entire life I have seen the city change quite a bit, especially since the fall of the wall. Much of the cities infrastructure has changed, especially in the centre and it's bordering areas. Many clubs have opened and closed, each with it’s own concept and defintition of electronic music. Berlin has always been a techno-city like Detroit. Sometimes it feels as if we are the living pulse of the time. No doubt the versatileness of Techno-Berlin influenced me and my music. It is a part of me like I am a part of it.

You first started collecting records in 1991 and have been DJing since 1994. Tell us a bit about how you first worked your way into clubs?

At the begining it was difficult as the whole thing was full of compromise. I joined forces with some DJ friends who mainly played house and we arranged parties and played together. In 2000 it started to take a very commercial shape, musically it was not that interesting to me anymore, planed projects were cancelled and we decided to stop working together.

Tell us a bit about your relationship with DJ Zeal.

Zeal has been a very good friend of mine for years. We met at a club back in the day and because of our love of electronic music we have remained close since. Zeal and I had the idea of releasing records back in the early 90's. Founding our own label was a main goal of ours and finally in 2008 we pressed our first release. I guess our aim was to sell as many as we could and take it from there. We had no distribution deal so we sold the records directly to the record stores. As it turned out we found the right crowd at Hard Wax and we sold nearly all of the first pressing there. Many thanks to the Hard Wax guys! 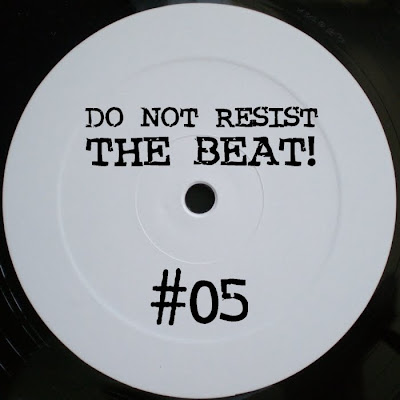 Do you plan to release any other artist then yourself on Do Not Resist The Beat! - ?

No. Do Not Resist The Beat! is only meant for releasing our own productions.

And your sub label to DNRTB! The End Of All Existence. Tell us a bit about that.

The End Of All Existence project represents my definition and soundtrack to the end of the world. It focuses more on the ambient side of techno and would be suited for an album but I like the 12" EP format. The idea is to release the tracks on several EPs.

You have been DJing for 20 or so years now. How has experiencing the many trends and musical patterns of those times lead you to the sound of Milton Bradley today?

At the end of the 80's I listened to a lot of Miami bass and discovered all that Electrofunk stuff. In the early 90's I was totally into Belgium techno, a lot stuff from R&S Records & Music Man etc. Another big influence was Panasonic’s Vakio, Chain Reaction and the first of the Hybrid records, it's what I would call minimalistic compared to todays so called minimal music. Post 2000, Sleeparchive and some tunes by Marcel Dettmann have also inspired me for my own productions. 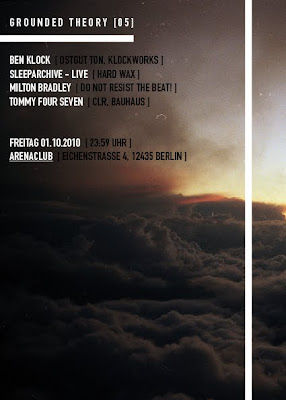 Now your a resident at Grounded Theory?

Yes, I'm also represented by Grounded Theory in terms of booking and management. Grounded Theory started as a party about a year ago. For the second event I was offered a DJ set. This was how I first came into contact with GT, now I am a resident. The nights take place every 8 - 10 weeks at Arenaclub, Berlin. Artists like Steve Rachmad, Function, Convextion, Joey Beltram, Adam X, Marcel Fengler, Ben Klock and Sleeparchive have all played there within the last year. The whole idea behind Grounded Theory is very idealistic one, that's what I like about it. I like it when people do something for a reason they believe in. This is the way I work as well. I do things for a reason.

How important was Acid house for you?

When I was younger I was introduced to Acid house by listening to the radio and reading magazines, this was when Acid house had reached the peak of it’s commercial wave at the end of the 80's. It was my first step into the field of electronic music if I don’t count the early Kraftwerk tracks I was listening too.

You would have also seen the many styles of DJing come through the clubs. Have you experimented with different forms of DJing or have you stuck to the one format?

When I started DJing, for let’s say 'underground techno' vinyl was the No.1 medium. I think what keeps DJ's buying vinyl is it's character and aesthetic. The direct access I have to the vinyl I'm playing has always been very attractive to me too. When it comes to DJing I was never interested in digital media. I don't think CD's play a big role anymore, it's all about vinyl vs mp3. Digital DJing has always been boring and dead hearted to me. With mp3's comes the territory of illegal downloads and this can devalue the music, nobody is willing to pay for something you cannot touch or see.

Your on the verge of presenting your first live set at Berghain. Tell us a bit about the live show.

I had to come up with an idea of how I wanted to present my tracks in a live set. My style of production made it difficult for me to transfer my tracks to a live situation instantly. I had to create every track again to be able to present them during a live-performance. This took me several weeks but I am very satisfied and really looking forward to presenting the Milton Bradley sound in a perfect environment for my definition of techno. 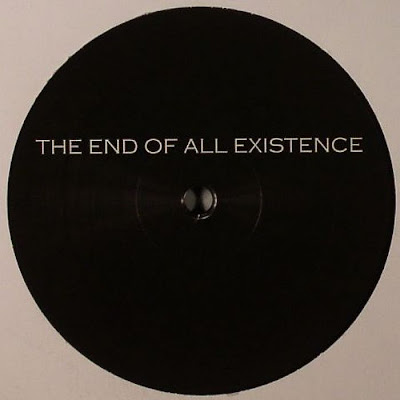 The few remixes you have done have been widely acclaimed most notably your remix of Cio D’or, can we expect some more remixes soon?

Yes, currently my remix for Zooloft is out and further remix projects are planned. I always find it a pleasure to interpret tracks by other artists.

So who are you enjoying at the moment?

I focus more on labels rather than the individual artists, especially with white labels. Labels like Relative, Appointment, Vault Series, Lo Dubs and Scion Versions are on my radar at the moment. Besides that a lot of old records are still to be discovered. I think we should never forget them. They are part of what is being released today, that is also why I always try to present an balanced percentage of old and new tunes during my DJ-sets.

What's next for Milton Bradley?

At the end of the year the new Do Not Resist The Beat! record will be released as well as more work on The End Of All Existence. Then there is my live set which which will be presented at Berghain in January 2011, after that show I'll be available for live-show bookings too. I'm always working on something so we'll have to wait and see.

And you favourite tea?

Labels: Do Not Resist The Beat, Grounded Theory, Milton Bradley, The End Of All Existance