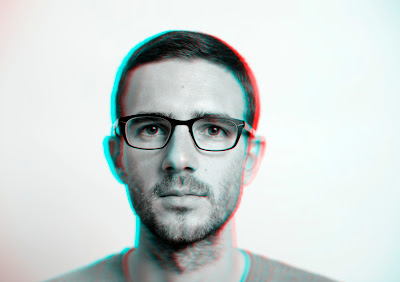 Dutch sea-sider Boris Bunnik aka Conforce can very rarely undertake an interview without the mention of this mystical mixtape his father found in the Terschelling woods. Had this tape contained some early Bill Monroe or Kenny Dorham rather than the acid house or early rave would Boris Bunnik now find himself flat picking a guitar in a bluegrass trio or flutter tonguing his trumpet in a bebop big band? For the electronic music lover this is something that thankfully never happened.

So who is to thank for the rise of Conforce? Bunnik senior? The mysterious mixtape? Perhaps the Terschiling Dance Cafe? Who knows, but since his breakthrough 2007 Our Concern EP on local and legendary imprint Rush Hour, Bunnik's steady flow of acid jackings and electro grooves under an array of monikers including Versalife and Vernon Felicty have helped soundtrack many of the worlds dancefloors as well as put Terschelling on the map.

TEA caught up with Conforce prior to his fabric debut this friday for a quick email interview on Joey Beltram, audio visuals, Lipton Andalusia pyramids and the announcement of a new Conforce LP.

Tell us a little about Terschelling. I read that the island is known for its cranberries and is also surrounded by shipwrecks. What was it like growing up there?

In a nutshell it's a great place to grow up, it's safe, healthy, wide and it has a diverse bio climate. In a way it is the ultimate mini utopia where you can really be yourself. The only point of criticism I have is that the level of social control is very high which can make you feel very oppressed. When it comes to creative and inspiring influences on an electronic music level there weren't very many. Also if you look at education and self expression in artistic ways, there just aren't that many possibilities, it's very limited when you reach a certain age. I still go back a lot to recharge my batteries as I enjoy the great outdoors and visiting my family.

This tape your father found looks to have played quite an influential role in your life. Can you remember any specific tracks that were on that tape?

I don't really remember any specific titles but believe me it was acid and early rave. Joey Beltram was on it for sure.

How important was your time at the Dance Cafe in Terschelling?

That was actually my first platform to play music to an audience, so I had the opportunity to learn a lot at the Dance Cafe. I think it gave me a self-confidence to really play music for a crowd. It was there that I was first put in touch with various styles of music, mainly house. This naturally lent itself to me discovering more of the styles I now love. The owner was pretty much the first person who introduced me to studio hardware and home made productions.

Your studies have also landed you work as an audiovisual designer?

During my academic studies I focussed on documentaries, mainly human interest but some of my work had an anthropological approach. I think journalistic qualities are an important aspect of making these films. Society in its widest sense is something that will always fascinate me. Making documentaries meant I was able able to show my vision on sociological aspects of society, this involved other countries but also that of my own environment. Video production can be a very time-consuming business, once a documentary is realised much of the effort behind it is not. Nowadays I am doing some commercial work as well as combining film with electronic music. 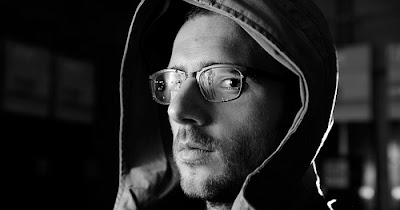 You mention there are many parallels in photography and music. I’ve noticed much of your photography is of buildings, urban landscapes and structures. Is this your how you correlate your music with your other work?

Since I'm from an island I've noticed that I have a contemplative way of walking through urban environments, I do get a lot of inspiration from that. I think there is a certain eye for detail in my photographs which involve dynamics, layers and hard contrasts. I'm not sure if it is always that present in the music but I find each deliver inspiration to each other. It's both a pure self reflection and vision of what I really like, brining both mediums together is fantastic.

How did the concept of Versalife come about and how big of a role has electro played in your musical upbringing?

Actually electro is something that never came about my path in my early years of DJing, it's really something that has happened over the last 4 years, it spread like a virus (laughs). I found I was able to work out my feelings and ideas through electro's rhythm sections, more so than a 4/4 orientated structure. I find there is more space for interesting melodic elements and story telling in electro which makes me feel more in theme and allows for a different approach to layering. It has helped me to work conceptualise music ideas that give more space to the listeners imagination. I just wanted to experience how it was to limit yourself to real synthesizers and drum machines.

You mention with Versalife that you worked with 4 machines only. Is this a less is more approach?

Even with one synth you can be as creative as you want. I wanted to create more of a signature sound of my own, I found a good way of doing this is to get inside your machine and push it to the limit. This helped me to focus and led to more creativity as my options were restricted.

Tell us about your machine conspiracy concept of connecting your soul to a machine?

For me it's really about feeling the music and letting your intuition lead you towards something cool. Something that translates your mood and your soul into the music, something where you find yourself saying "what happened here?". Let the machines work for you and not the other way around.

Do you think this is something that can be lost producing music with digital software?

I'm not one to say that hardware is better than software as both have good and bad aspects, combining the two is great. For me, hardware helped me develop a stronger signature sound, it's totally different feeling and practice when you spend 500 euros on a synthesizer you really want as opposed to downloading 20 illegal vst plugins that all have a similar clinical digital sound. I've learned that hardware bass can not be bettered by a software bass, it's something totally different. Having said that using other digital sounds on top of hardware sounds works really well.

You are playing Room 2 at fabric on the 25th. How often do you get to play in London and how have you found it?

Yeah it's my first time at fabric. I played once before in London at Corsica Studios and that was amazing! I have also played in Bristol which was awesome too. I get a lot of appreciation from the audiences in the UK and I really love the people, I've never had a disappointing gig here, people really love the bass (laughs). I am really looking forward to playing at fabric, it is such an honor to play at such a historically long running club. 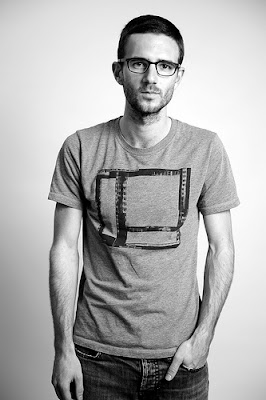 How did the idea of creating a live show first come about and how far have you seen it progress from where it first started?

It's something that I think grows with your production skills. I think the most important thing over the years is that it has become dancier as well as functional. I think this has resulted in the impact it gives to audiences.

I’ve noticed many of your releases are on Dutch labels. How tight knit is the Dutch scene and how much do you feel apart of the sound coming out of the Netherlands?

I'm just one of a few who is just doing there thing. I am very happy that I got in contact with those labels and that they saw some potential in my music. This gave me an opportunity to grow as an artist and develop my sound.

Do you have a follow up LP in the works?

Yes. I finished my new album last week. It's entitled "Escapism" and it will be released on Delsin around August or September this year.

A big chilled holiday and some gardening activities during the summer. I have some remixes coming up on Dolly, Echocord, Seventh Sign, Coincidence and some other releases on Abstract Forms, Clone and Delsin.