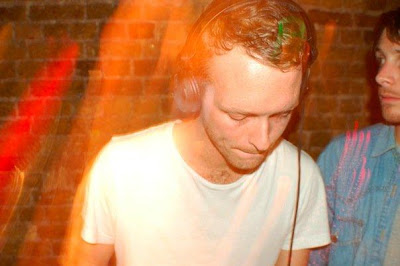 Juno Plus scribe and big cheese Aaron Coultate is the latest to dunk his techno bags into TEA's podcast series. When he's not dining with Dixon or clinking Carlsberg's with Levon Vincent you can find him selecting songs for the many roving parties of London and beyond.

The Juno Plus Colonel caught up with TEA to talk about stripping it back, Cut Copy's fabric mix and tea with no milk.

Tell us about about your podcast, how did you go about compiling and mixing it?
My main focus was to have some fun with the things I love most about techno – the mystery, the austerity, the moodiness. I tried to choose tracks with the stripped back-yet-danceable feel that all good techno has.

Your the main man at Juno Plus and its fast approaching its first birthday, how has the first year been?
Yeah it’s been amazing. I’m really excited by what the future holds. We’ve got loads of stuff coming up, kicking off a Firecracker Records showcase/Juno Plus 1st birthday party in September. The only conceivable down side has been my unhealthy new obsession with Google Analytics…

Juno Plus has spoken to some big and interesting names since its inception last year, who have you found most interesting to talk too?
Wow, hard to say… Levon Vincent is a true gent and I found him quite inspiring to speak to. DJ Harvey was a pleasure too, and of course Andrew Weatherall, who was the first person I interviewed for the site.

What did you enjoy listening to growing up and what tilted you towards electronic music?
Well my parents introduced me to some great stuff, from Credence to the Beatles and Bowie, plus loads of Australian bands from the 80s and 90s. Electronic music wise, the Cut Copy fabric mix was one of the things that inspired me to start DJing. But to be honest it wasn’t until I started exploring the electronic music mainstays – house, disco and techno – that I found my niche.

What artists are you feeling at the moment?
The aforementioned Mr Vincent (and the whole Underground Quality lot), Jacques Renault, Floating Points, Appleblim, King Midas Sound, the list goes on. Label wise, the Rush Hour reissues have been loads of fun, everything Sandwell District touch turns to techno gold and full props to Honest Jon’s for releasing everything from 180bpm South African electro to the latest Actress LP.

Where are you playing next?
I’ll be supporting Actress at the Oscillate Wildly 1st birthday bash on July 29, then it’s Shameless Disco at the Horse & Groom with Ethyl & Flori on August 6.

Finally whats your favourite tea?
It’s all about the Jasmine tea…it’s refreshing, there’s a nice aroma and you don’t have to buy milk. Perfect.