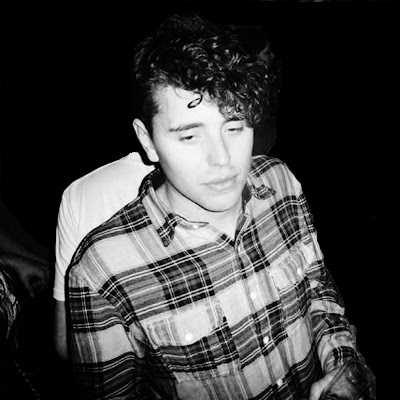 When it comes to deep, warm, disco tinged and windy/motor city inspired house music, Melbourne has all bases covered. With a European summer now in full swing many of Melbourne's more established producers are enjoying the fruits of the EU club circuit and in recent months Mic Newman, Francis Inferno Orchestra and Lewie Day aka Tornado Wallace have all been names putting Melbourne under the international spot light. Over the past twelve to eighteen months Melbourne's house scene has slowly developed into somewhat of a micro climate for Australia's budding house producers. The yet to be coined "Melbourne house sound" could arguably date back to the release of Andee Frost & Ooh Ee's 2010 collaboration You Ain't Jack, a release which has inspired many to follow.

2011 has seen Andy Hart & Myles Mac upgrade their Melbourne Deepcast to a white hot record label with MD001's first pressing selling out instantly. Weekend Express, the most junior of names to feature on the labels first release has since backed things up with 3 solid cuts for Stilove4music, Somethings Up pushing all the right buttons. Another one of Melbourne's seedlings to catch TEA's attention is 3rd Strike's The Tortoise, who is soon to share a place on Undertones with Kitano, a nom de plume of one of the aforementioned Melbournians.

Many labels who come across these Victorian producers can't seem to get enough, either that or these Melbournites know how to network, as Stilove4music, Dirt Crew, Sleazy Beats Recordings, Under The Shade and Kolour Recordings have all bought into several of the cities talent multiple times.

In the lead up to The Tortoise's new EP on Undertones (Kolour Rec sub label) and our next TEA party at Loop July 22nd, the slow and steady dance maker pulled together a 1 hour vinyl mix of some current jams for a hint of what to expect come next friday. TEA caught up with the housey half shell for a quick chat on modest beginnings, the Dutch and Chamomile fuelled chocolate binges.

Tell us about the mix. Where, when and how was it recorded?

It’s basically just a bunch of tracks I’ve really been into the last few months as well as some recent vinyl purchases chucked. It starts off a little downtempo with some great disco tinged cuts from Katzuma, Duff Disco and the new one from Melbourne’s Kitano, coming out soon on Undertones. The tempo picks up a little heading into rawer
territory, featuring tracks from Nicholas, Mankink, Iron Curtis, Vakula and the B-Side from my 3rd Strike release. It then moves back into disco territory with a killer track from another Melbournian, Weekend Express. Things get a bit more spacey from there, finally winding up with some Brawther.
Your first official release was with small Dutch imprint Siena. How long have you been producing for and how did the Siena release come about?

I played drums and a bit of keys growing up. I used to always listen to tracks and wonder how they were made, this spurred me on to buy some production software. I started off with Reason when I was at school, but was a little put off by the learning curve involved to get your head around all the different instruments and processes, sorry Propellerhead (laughs). It wasn’t until a few years later that I thought I'd get my hands on a copy of Ableton after hearing everyone harp on about how user friendly it was. Sure enough I found it a lot more intuitive and inviting to just play around with different sounds. It wasn’t until I had made Bumpin’ that I thought I'd like to get my stuff out there. I have some mates in Holland that have a great little house community in Nijmegen. They were starting a new vinyl only label, so thought it would be cool to have my first release come out with them. 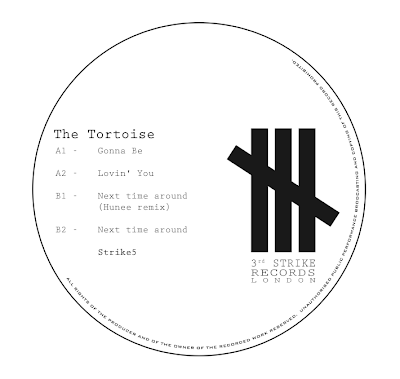 Then came Gonna Be on Under The Shade Sub Label 3rd Strike which featured a lovely Hunee remix. How does it feel to be thrown in amongst names like Erdbeerschnitzel and Vakula?

It's been great to get involved with 3rd strike. I was really into the first few releases and I am a fan of Under The Shade tool. I was thrilled when the label responded so positively to the tracks I sent them. Im a massive fan of Hunee so to have him remix my first solo EP was tops. I think Vakula and Erdbeerschnitzel are two of the more innovative and prolific producers at the moment, so very flattered to be associated with them.

You have an upcoming release on Kolour Recordings sub Undertones. Tell us a bit about that release.

Very excited about this next release. I wanted to follow up on the 3rd Strike release with some heavy disco influences and vocal touches. It features two remixes, one either side from Swedes, Genius Of Time. Really enjoying their sound at the moment and was absolutely blown away with the different direction taken from the originals.
Kolour Recordings look to be big fans of the Aussies at the moment with Mic Newman, Francis Inferno Orchestra, Andy Hart and Weekend Express all contributing. Can you see this Detroit-Melbourne affair blossoming further?

The Kolour guys have to be some of the friendliest people I've ever met, they really seem to be getting behind the whole Melbourne thing. Fantastic Man's Plastic Fantastic on Kolour Ltd killed it on Juno, the upcoming FIO and Kitano releases are quality as well. I look forward to hearing the new stuff from Weekend Express as he’s been killing it with that last release on Stillovemusic. 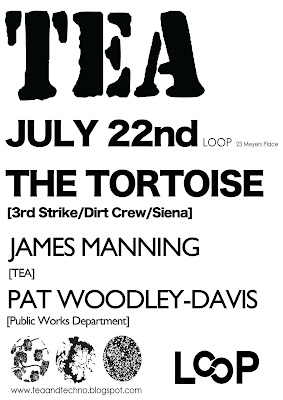 What's next for The Tortoise?

I’ve completed another EP with 3rd strike so that should be coming out in the not too distant future. I also have an EP coming out on Berlins Dirt Crew with a very nice, if I may say so Iron Curtis remix.

What is your favourite TEA?

I’v discovered the deadly combination of easter eggs and chamomile tea. Was a bit peckish one night, whilst the kettle was boiling I found some left over Easter eggs. Before long I was surrounded by empty mugs and chocolaty foil.