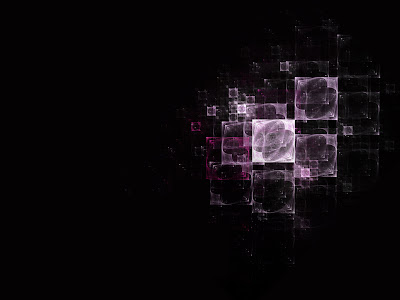 Project Squared boss Paul Cooper hands me a cup of his favourite Clipper tea inside of his cosy Bethnal Green apartment on a brisk London night. A record from the now defunct New York hip hop trio Company Flow plays softly in the background and I’m informed by Cooper that, "this is some late '90s hip hop that started a leftfield type of movement. This was the first type of music that I released, it was done in a kind of Mo Wax style". As I take in my first sip of tea, Cooper takes me back to where it all began, a time where what income he had was more than likely to be spent on boiled sweets rather than hard wax. "I’m originally from Brighton and grew up alongside big beat and Fatboy Slim, I remember taping Pete Tong and Danny Rampling play trance on the radio," recounts Cooper, before taking me into his early teens, "I’ve been into electronic music for as long as I’ve been into hip hop, the first album I bought was Orbital’s In Sides when I was about twelve, I then got into hip hop around the same time."

Paul Cooper released his Amongst Strangers and What Else Is There LPs on Project Squared’s parent label Project: Mooncircle, a Berlin based hip hop imprint responsible for releasing music from the likes of MF Doom and Onra. Cooper’s melancholic DJ Shadow-meets-Katalyst style of sample production eventually made way for a move into music more so geared for the dancefloor, and not long after came the launch of Project Squared. "My interest in hip hop really wained and I don’t think it has done anything interesting in a long time," says Cooper. “I enjoyed some of the Flying Lotus and Hudson Mohawke stuff, but for me it hasn’t really changed or developed at all, either that or it’s gone too far off for me to feel." So as hip hop took up ranks alongside Cooper’s back catalogue of Fatboy Slim and Pete Tong, his thirst for club music grew.

Trawling the internet and dubstep forums, Cooper discovered young Bristolian talent Asusu and Furesshu, who to the disbelief of Cooper were yet to be snapped up by any independents. "I got the idea to set up the label Project Squared as their (Asusu and Furesshu) music was so good it needed to be on vinyl, luckily Gordon from Project: Mooncircle was up for me me starting a sub-label,’ explains Cooper. After getting the all clear from Project:Mooncircle boss Gordon Geiseking to start the label, and with some initial funding from online music and street wear store HHV, 2009 was the year Project Squared launched itself with Asusu’s garage and two stepped influenced Small Hours / Taurean EP, soon followed up in early 2010 by Furusshu’s Untitled / 1993 / Horizons 12”, also on the dubstep tip. 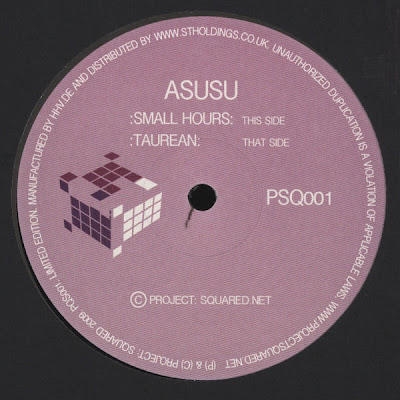 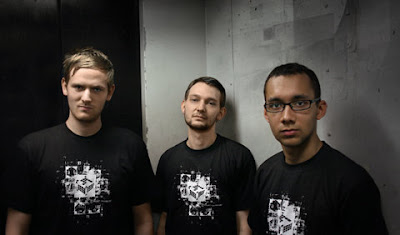 "My taste at the time was still fifty-percent dubstep, fifty-percent technos" says Cooper, a common thread among many hip hop-turned-techno heads. "Through dubstep I found that I got into what you might call the Berghain, Ostgut wave of techno that had been making its way in since about 2007. There was a 10" on Kontra which had a Marcel Dettman remix of Scuba, that was the first time I ever heard Marcel Dettmann. I had been listening to techno on the side, but I’d never heard anything like that before," says Cooper. He attributes his transition into techno because of acts like Martyn and Kode 9 crossing over into the house and techno fray; a move also made by Commix, Instra:mental and a host others.

"Around the time of Project Squared’s first release it was very two-steppy and garage, but since then it’s shifted towards techno, which is pretty much where it is now," explains Cooer. He's also quick to admit he can easily get bored of a given genre and puts this down to his compulsiveness in collecting records, which he say leads him to, "defining a genre and hammering it so much that I loose interest." When asked what he was enjoying of late, Cooper brings up AnD’s new Idle Hands EP, adding that the duo’s Horizontal Ground 09 release is one of his favourite of the year thus far. Shortly after their Horizontal Ground release, AnD found themselves reaching out to Project Squared to Cooper's delight. "AnD emailed me as 1n4 and I recognised it immediately, I was really excited with the tunes they sent me. They had been releasing some very heavy and stripped back techno, so it was great to have some tunes from them that were a bit different," Cooper says.

While placing the needle on his favourite track of the Algorithmic Love EP, Cooper: the true tastemaker is revealed. "From the first email I received, to the EP hitting the shelves, it took six months, maybe more. That can be tough as time changes the context of how you view an artist, whether it be through how many releases they have done or what sort of releases they have done. I think that through reading you can’t help having your opinion changed of musicians and their music," he says. As the kick from the EP's title track begins to beat, Cooper continues, “this is great music, but for me, when I didn’t know anything about them and they hadn’t released many other records, this could be seen as even more potent." Dubby chords then descend upon the room and our conversation, "this is my favourite part of the track," Cooper says, "I like music where you have to wait for a reward, a lot of Aphex Twin’s music is like that. It can be difficult and tough to get through, some initial parts of his music with fucking whip cracks and elephant noises going off, but then he’ll bring in a really nice melody."

Although not associated with Project Squared (just yet), Sandwell District was an act and label that Cooper also mentioned he was enjoying. "I really love the textures, long strings and electro pad sounds they (Sandwell District) use, they tug at your heart strings and their tracks feel like there is more to them than just being clubs tunes, I like that in techno.

"It’s quite rare to find artists that do that and they are the types of artists that I look for on Project Squared," Cooper adds. Promising producer and Northampton-based artist Tom Diccico is one name on the label’s roster that Cooper highlights having the ability to harnesses such emotive content. A dub reggae obsessive, Diccico’s youth was soundtracked by the dub influences of his father, so it’s no surprise that Diccico’s music has the character it does, as its foundations lay on the teachings of King Tubby, Lee Scratch Perry and Scientist. 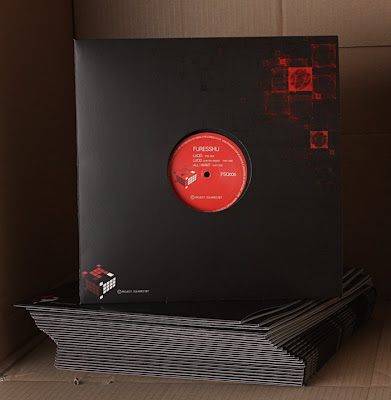 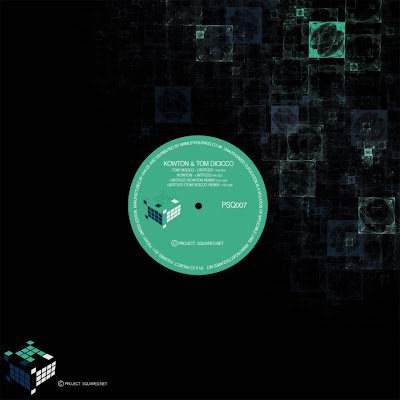 Cooper’s search for new and undiscovered artists on Project Squared is a contributing factor to the label's modest success, earning its merit on the music, not big name remixers. The Estonian L-OW is another one of these artists, who also producers as 1DERL& (pronounced wonderland). L-OW’s Pinpoint / Diver EP was the third release for the label and was Project Squared’s first thrust toward techno with two classic dub cuts. Asusu then saw a return to the label with his No Kya EP, featuring a remix from yet again another little known act, this time French dubstep producer F. Of the label's releases so far, Project Squared’s most celebrated has been Furuesshu’s Lucid / All I Want EP, featuring a stellar Shifted remix that should feature in this years end of year lists. "Furesshu’s Lucid / All I Want EP has been the most popular release for the label, it’s not as subtle and bit more immediate than some of the other releases," Cooper feels.

The label's latest release is a four track EP from 2011 starlet Kowton and friend Tom Diccico. The EP features a track each from both, with the two remixing each others work. "Kowton’s tunes are quite indescribable and he is a very unique musician and is impossible to pigeon hole," Cooper believes  His excitement surrounding the release is obvious, as small grin spreads across Cooper's face, "I don’t know where this is going to be played out or what time it is going to be played out," he says, suggesting it may confuse beatmatching DJs. "I’ve tried mixing out of Kowton's remix to Tom Dicicco's track and it is very hard, very strange tune with a weird groove - easy to get confused. Probably not the best decision for a dance label to put out tunes that are going to fuck DJs over, but I just love them."

When asked about the Project Squared sound, it’s no surprise words like subtle, dub and emotive are thrown about, but Cooper, like many techno obsessives, says, "I like it to be a little gravelly, I don’t like my music to be that clean." Cooper then gave me a sneak preview of the stripped back and yet to be released PSQ008, from an artist who for the time being will be known as ‘the anonymous Italian’. "It’s very important for a small label to research unknown artists," says Cooper when questioned on where he finds them. "What’s the point of starting a label if your only going to poach other well known artists just to get a hit," he adds.

Project Squared, now up to its seventh release, houses a roster of considerable talent, but when asked about the possibility of a Project Squared label night in London, Cooper is quick to dispel anything too outlandish. "If it was to happen it would most likely be hosting room two somewhere,’ he says. Meanwhile in the techno savvy Berlin, through his HHV connections and label friend Skratch, a 2012 Project Squared label night may well be more possible, and fruitful. Cooper's fluctuating taste can be seen through Project Squared’s releases, which constantly teeter on the edge of techno and the garaged influenced, but it’s the continuity in which Cooper has kept that keeps both sides of the fence signatories to the Project Squared Sound.