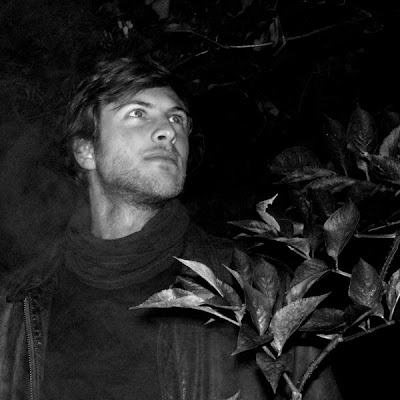 It seems as if the past 2 years in Berlin has given Ed Davenport somewhat of a spark. His freshly pressed 'Centrality' EP on London imprint Autoreply is a perfect example of Davenport's innovative shimmer. Four the floor beats with a housey vibe, the perfect formula for any house head or techno boffin.
Davenport is no stranger to major record labels with releases and remixes on Liebe Detail, NRK, Poker Flat, Soma and Cocoon amongst a collection of others. His stripped back remix to Koljah & Oliver Deutschmann's 'Eaten Back To Life' featured on Len Faki's Berghain 03 mix and Alland Byallo, Guy J, Echonomist, Mark Henning and Patrick Bateman have all be given the Davenport treatment.
TEA caught up with E.D to talk Japan, Berlin's cheap eats, shacking up with Function and Earl Grey tea.

You've recently returned from a trip to Japan, how was that?

It was an exciting trip and very eye opening, Osaka is incredible. Techno needs no common spoken language – I really felt like I was communicating through music when I played! Hopefully next time I can factor in a trip to Australia too.

You're from Salisbury in the UK, tell us a bit about growing up there.

There wasn't so much of a scene there really but things filtered as it's not far from London or towns like Southampton or Bournemouth, which had some pretty good club nights and record shops. I was more or less on my own in terms of the music I was into and trying to make, this was around the age of 15 or 16. A small group of us did put on parties, turning local city halls, scout huts and rugby clubs into raves for a the evening. The parties had to end at midnight though, otherwise the soundsystem would have cost us double...Those were the days!

You now live in Berlin and have for 2 years. Can you give us an outsiders point of view on the ever constant influx of artists moving to the city?

Yes those 2 years have gone really quickly! Most ex pats have a love-hate relationship with Berlin. There are good reasons to be here, and then there is the missing home and friends part. I think the recent DJ/Producer influx is cool though, still. I mean, there's such a feeling of things going on here, I love it. Its a small town and there is a nice feeling of a genuine music community bubbling away under everyday life. Plus I think it's always good to have some healthy competition, people to share music and come together with.

And you are room mates with Dave Sumner aka Function.

Dave and I have become good friends since I moved in with him earlier this year. Its great, we are very respectful of each others space, and its very inspiring to have other working creatives around at home. We'll listen in on each other's new tracks, share ideas, stories. I'm lucky to have met him.

And Berlin is home now?

Yep, here to stay for the foreseeable future. 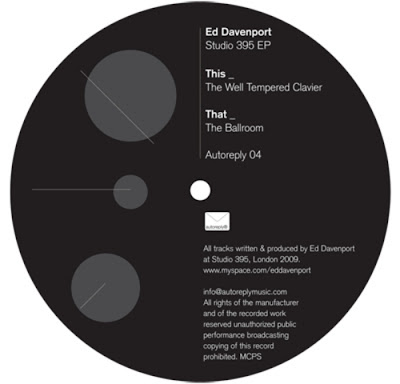 So you'd have your favourite city spots now?

I love the area around Schlesisches Tor in Kreuzberg. For some reason my existence in Berlin has always gravitated around there. Its not as smart as Mitte or Prenzlauer Berg, but there's more of a real feel and some great, cheap, delicious places to eat. Try Maria Peligro for authentic Mexican, or Transit for some great Portuguese food at lunchtime.

You were once working under Szenario. Quite a different sound compared to the bold bottom end your showing in your tracks now, is this turning into somewhat of a Ed Davenport signature sound?

For sure, and I'm happy to think that there might be 'a sound' forming. For a long time I was concerned that all my productions were too far removed, but as I kept working, I think I've learnt what I like and what works. Funny, I still like the Szenario name... I think I'm going to bring it back eventually!

You’ve released on a broad assortment of labels over the years. Tell us a about your relationship with London’s Autoreply.

I first got in contact with Dicken aka Confetti Bomb who runs the label after hearing an EP from Mark Henning & JUG, two friends from when we all lived in London. I was really impressed, and offered up some music. I really enjoy working with the label. Dicken is really enthusiastic, and you can tell he's not only got a love for it, but he really has things going in the right direction. I'm happy to keep working with him!

You also work with native instruments, tell us about your role with them.

I'm a copy writer a few days a week. I like to have some time away from music, in the 'real-world' – its a great company to work with. 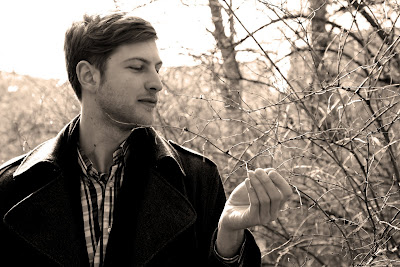 And the 3 Good Doctors project with Agaric, Beaner and yourself. How did this come about and what was it like working with a troupe on productions?

It really came about through our friendship and Beaner's crazy-mad-wonderful imagination. Its not the easiest thing to collaborate, even with good friends, but its something that always inspires and teaches you useful things!

Any more 3 Good Doctors on the horizon?

Hopefully there will be more!

You also have a good relationship with Panoramabar.

I'm lucky that I've been able to 'have my say' now and again behind the decks. It's a hugely important club for the scene and a marker of where we are right now in electronic music. These days I've been able to go there less and less due to work and gigs, but I'll always have a huge buzz to stand behind the DJ booth.

I don't want to speak too soon.

How has the live show been going?

It's really fun to do and I've had some good reactions, although it's not something I've fully mastered yet. I'm simply trying out ideas. In the future I'm planning to work out something more unique and interesting. I always think that its hard to be really 'live' standing behind a laptop and a few boxes. Live to me means vocals, performance, with others on stage. That's for the future!

What are you working on at the moment? Any new alias work?

I've just finished a few some new EPs which will be filtering though this winter; a 12'' on Len Faki's Figure SPC label, and some collabs with Oliver Deutschmann, as Davenport & Deutschmann. We've got an 12'' coming up on his label, Falkplatz, which is really techno, tougher and more classic sounding. Plus there's remixes from Jerome Sydenham and Brendon Moeller. That will be out in January I think. I'm also working on new material for NRK, with the next 12'' scheduled for early next year. I'm trying to space things out a bit more now as I'm trying to find time to work on what will be my first album. There's an NRK label night upstairs in P-Bar on Jan 28th. I'm really excited about that as it's the first night there that I've had a part to play in the choice of DJs. Playing on the night will be Nick Harris, Ian Pooley, Justin Drake and myself.

And tea, whats your bag?

Check out what Autoreply is up too here