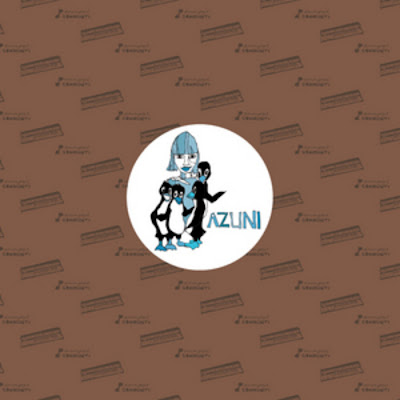 Behind a foray of national languages, chocolate to die for, watches worth more then your annual salary, super villains bank accounts and Ursula Andress (the first Bond girl) lie Switzerlands Gianni Siravo and Sven Lacoste.
Present Azuni, the Wilhelm Tell's of Swiss house music. Sven and Gianni have each been Djing for close to 20 years and have been producing under the Azuni moniker since 2007, releasing on local imprints Drumpoet Community, MorrisAudio and Sthlmaudio.
The two caught up with TEA to talk of the 'The Little Big City' and it's expanding scene, warm timbres, layered claps, Zurich's 'Blunt' Tea house and the Azuni floor monster.

How did the two of you meet?

Sven: We met for the first time around 1991 at a local disco near Zurich, Gianni was resident DJ at the time. We went to a lot of the same parties and also DJed together a couple of times. We’ve been making music together since 2007.

Gianni: Yeah true, it was around 1991. I was playing alot of acid, hip house and techno at the time. Sven was a very music minded teenager, he was usually at the club where I had my first residency, we got talking about underground music and up coming 12"s and that's how we became mates, a studio collaboration between us had to wait 16 years! (laughs)

Are you guys based in Switzerland?

Sven: Yes, we both live in Zurich, 'the little big city'! a nice place to live and work.

The Swiss seem to be holding their own in terms of house and techno music with labels such as Cadenza and MorrisAudio, how is the Swiss circuit at the moment?

Sven: Switzerland has the well-known labels Cadenza & MorrisAudio as well as some great younger labels such as Sthlmaudio and Drumpoet Community which are building a great rep internationally. Currently, in Zurich deephouse and minimal techno are the trends. Zurich has a lot of DJ's but people producing and releasing music is more often the minority.

Gianni: House & techno was always big in Switzerland especially in Zurich, but also in the french-speaking part of Switzerland Lausanne where the great couleur 3 radio is stationed. In the nineties when house and techno was at its peak Zurich had plenty of great underground and illegal parties with a lot of international bookings. I'd say the Swiss clubbers and DJ's where into really good underground music at the time, which I really miss nowadays when I hear the Swiss youngster dj, I think back to the days when Swiss labels were still learning, there was no platform for Swiss techno & house artist to be discovered. Then came Cadenza, MorrisAudio and a few others which gained a good international rep. Today other great labels such Drumpoet Community, Mountain People, Sthlmaudio are releasing great music. Don't forget that Switzerland is a small country, only 7 million people live here. 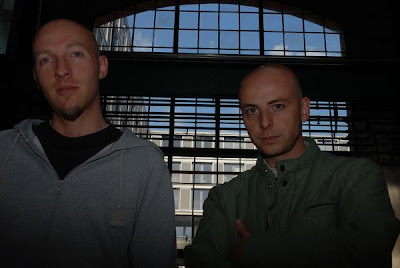 In terms of production without giving away too much how do you go about producing your music?

Gianni: We both work on our own at home, starting with some ideas, then we decide together what we want to continue with and finish. My favourite equipment is my PC. I still have some synths & drum machines around but to be honest I use them sporadically. Sometimes we sample some drums or play some chords or bass or synth and record it so that we can use the audio material with Ableton's sequencer software. Working with just a pc made my studio life so much easier, no midi, no cables, no studio needed. We can just work at home and if I have an idea for a tune I just sit down and produce it.

Tell us a bit about your remix of Leif, how did that come about?

Sven: Ben from Boe Recordings asked us to do a remix. We love the label and leif, so we made a remix in a old school nineties house style.

What are you working on at the moment?

Gianni: Just finishing our new 3 track ep at the moment, we're just making music and having fun, if we like something we arrange it and finish it. Do the two of you DJ together?

Gianni: Yes, most of the time together but we do DJ individually as well.

Quickly run us through a typical Azuni DJ set

Gianni:A good mixture of deep house & techno, tech house, older and newer tunes between 1990-2010. We always try to keep the groove stripped down, a lot of chords but not to monotone, happy feelings and of course always keeping it deep. If the club and crowd allows it we love to play early and old school house.

What artists are you feeling at the moment?

Gianni: It changes from day to day, Im feeling the older stuff between 1990-2000 at the moment.

Finally tell us, what is your favourite tea?

Sven: I drink all kind of tea's! My favourite is fresh peppermint from "Blunt" a great Tearoom in Zurich.

Gianni: Funny question, I actually am not a tea connoisseur or drinker at all, but when i'm sick i like to drink "Sidroga" healthy tea's. they work wonders (laughs)

For all you lucky Zurich-ians you can next catch the two at Zukunft on the 26th of July.

You can also take a listen to Azuni's soon to be released remix of Leif here.