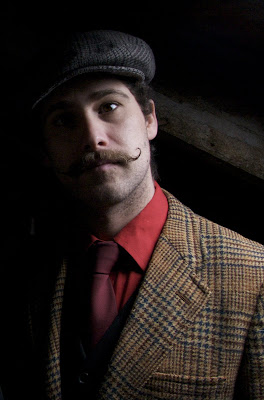 The faceless artiste conceptualising dystopian visions of an Orwellian future has become all too common within the deeper strands of the electronic music community, whilst internet forums and comments sections are a brim with blowhard internet tough guys waiting to pounce and tear apart any hapless journalist who dare challenge the encyclopaedic knowledge any 20 something raver of the 90's.

A former resident at Berlin's now defunct Bar25, Beaner's cultivated deep house productions could easily be a by-product of the venue's celebrated early morning and afternoon sessions. With Bar25 now gone the San Franciscan hosts Beaners Backyard BBQ's at KaterHolzig, Bar25 mkII if one can be so brash.

Apart from his solo productions on Bar25, District of Corruption, Little Helpers and autoreply sub label Stuga Music, Beaner teamed up with previous TEA interviewee Ed Davenport and Agaric for their Three Doctors entente collaboration in 2010.

TEA caught up with Berlin's very own Beaner for a chats on Mexican slang, his life so far as a result of an botched abortion and vanilla tea.

How and where was the mix recorded?
It was an unbelievably humid and uncomfortable "summer" day here in Berlin. It has been uncharacteristically and extremely wet this summer and also cold, but on this day the weather was hot, sticky and disgusting. It was more like Indonesia than Germany. My friend Gar offered for me to do the mix at his house because he had just inherited a pair of 1210s and an Allen & Heath mixer from a friend who has had a baby and will no longer be allowed to use them (thanks Gar and sorry Gar's friend-sucks for you).

I misjudged how close Gar lives to me and walked for what seemed like fucking ages to get to his place, covered in a layer of gelatinous secretions. When I made it Gar had pretty much just finished setting stuff up in his living room. The only speakers he had were some computer ones. I was a bit worried about how it would come out, as that is really not a good monitoring situation. I hope it turned out ok, Gar seemed very pleased with the set, assured me he enjoyed listening immensly, but we had a few beers and he also a joint.
So the name Beaner? A google search lead me too “Beaner - A slang term, widely regarded as derogatory, that refers to people of Mexican descent”
Yeah, that is why I chose it. I am a Beaner. I'm mixed of a lot of different things, but mostly Mexican and Jewish. It's more complicated than that, I am my own melting pot. When I masturbate it is like jungle fever. Eric D. Clark and I came up with that when we were drunk at his old afterhour party I was a resident at. We thought it would be doubly hilarious as no one in Germany would ever get what it meant. My older DJ names were a million times worse. DJ Drunk Pablo, I was in a duo called Fresh Milk & FreeBass, Fuzzy, oh god, there were worse ones too.
So you you were born deep within a Tajikistan prison and then raised by wolves and the Jim Jones Peoples Temple...
A priest and a prisoner. Yeah, I was actually born in San Francisco. Raised mostly in collectives. A pretty unorthodox, political upbringing, but less easy to translate on a onesheet. I just was sick of reading shitty bios. Everyone got into music early, everyone learned a bit of piano or drums or something, everyones music sounds like its influenced by detroit techno, chicago house, but is, yknow "original and fresh and new". Ugh. 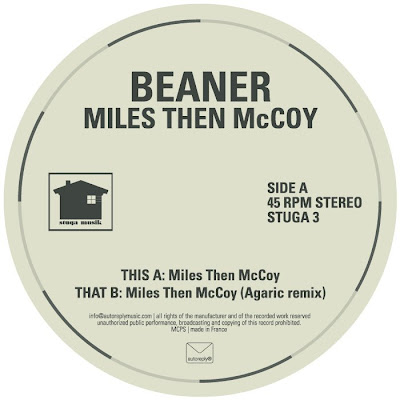 What music were you listening to in those early years?
My secret shame is that I started out collecting comedy records. Later on I delved into my moms music collection, she was and still is a musician and got into all the well known and some lesser known 60s stuff. I was especially into southern soul and some of the more well known pop/rock groups. I found punk music, noise music, hardcore,tradtional ska/rocksteady/bluebeat, jump blues, jazz, etc on my own in my early teens. I was really involved in the local music scene, worked at record stores. I tend to get really into one kind of music and find other genres I like through my research and listening in that genre.
You also had a residency at Bar25. Tell us a bit about the years leading up to the final closing party at Bar25. How was it going through all of those opening and closing parties?
A lot of people think that it was all a PR stunt. It wasnt. The first year I was officially a resident, no one outside of the Bar people seemed to take it seriously. But when the party ended (about 18 hours after it officially ended) people were crying, hugging, etc. I really thought it was over. That year was the one where in December there was a court decision, giving reprieve from closing. Since then, there was only one year where I knew the next year was going to open for sure. And that decision (through negotiations with the BSR who own the land) came only a couple weeks before the closing party. The last couple of years I left to go out of town directly from the closing party, missing the very end. Partially to forgo the emotional aspect of it, but also partially to not have to see the spectacle, which kind of wasn't my thing. I wish I hadn't last year though, but I had to visit my grandmother.
How detrimental has the gentrification of the “mediaspree” been to Berlin’s club life and how far do you think it will go?
The Mediaspree project in and of itself is a very nebulous decision made almost (more than?) 10 years ago by business owners, developers and city government together. The idea of urban renewal is a tool used to displace lower income people and "revitalize" an economy in favor of people who are already a ruling class. Gentrification is not an unstoppable juggernaut that we cant do anything about. I've been through fights against it in my hometown and others I have lived in. I just hope that the activists in Berlin can coalesce and get the working class/working poor to get involved and make the movement against it widespread. As for what it has done to club life, it is a shame. A lot of places have closed, or are being pushed out, despite the city politicians finally realizing how much money it brings in. I think it is a bigger issue than the nightlife, though. Rents have shot up insanely in the 7 1/2 years I have lived in Berlin, and that is just the beginning.
How much has Bar25 contributed to your productions?
Well, the stuff I did with my partner C.L.A.W.S. as War Vs Sleep was very influenced by our time at Bar25. Even concepts for the music were hatched there. When he still lived in Berlin, we were regulars there before ever playing at the club. We almost did an album instead of our first 12", but some of the songs were promised to Rekids (which due to unforeseen circumstances haven't been able to see the light). Solo, though, my music is really different. Bar25 has had a lot of influence on my experiences and I personally have thanked those involved in what it has done for me, but I also work very conceptually with my EPs and music, so it has less literal contribution. I just did a 100bpm song for the movie soundtrack, though. And I'm working on a plan for a bigger release with them. The music is mostly done, but I think it's still in discussion phases. 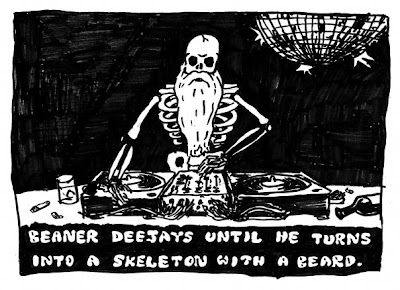 How much are you involved with KaterHolzig and how is it going?
I am doing my Beaners Backyard BBQ parties there this summer and I have been playing quite a bit. I wont be serving you drinks this year or checking stamps or something. I am there often to say hi or talk to the booker about ideas. I like it a lot, but I feel really busy these days and want to put a lot of energy into producing. Unfortunately, that means being involved a little less. It seems to be going quite well, despite the delay in opening AND the fact that it has rained nearly non-stop this summer. It will be open year round with the indoor part too. I'm looking forward to the next 2 years they have contracted.
Do you think KaterHolzig will ever match the reputation on Bar25?
Nothing will ever be the same as Bar25. But that's ok, it shouldn't have to be.
What is your favourite tea.
My favorite tea used to be this Russian vanilla almond black tea I got from a dessert shop my girlfriend worked at in San Francisco. I haven't been able to find it here, but I haven't really properly looked. Lately I've been drinking Lyons Irish tea. An old friend left a giant box at my house long ago and it's really quite good.