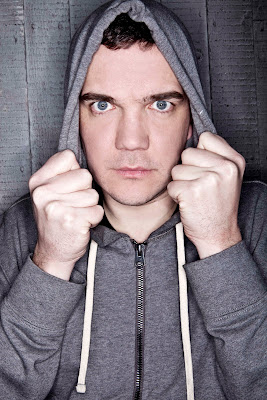 Its post apocalyptic 2029 with machines seeking to exterminate what is left of the human race. Skynet's remaining resources gather a slave labor force from surviving humans. These slaves constructed the first of its automated factories…

Perc and his widley recognised Perc Trax imprint is fast locking itself down as one of electronic music’s most influential labels to date. Perc Trax realeses can boast a roster of the who’s who of modern house, techno and electronic styles including James Holden, Nathan Fake, Peter Van Hoesen, Norman Nodge, Gary Beck, Ripperton and Hans Bouffmyhre.

With half an industrious 2010 behind him, Perc has been busy raising gains and panning pots, assembling a host of new productions and remixes including his latest 'Monad V' release on the enterprising dub laden Stroboscopic Artefacts as well as a debut at Berlin's Tresor and forthcoming US tour.

Where are you based at the moment?

Right now I live in Hertfordshire, just a little north of London. Being just outside the city has its advantages but I should be back living in London by the end of the year.

Tell us a bit about what music you listened to growing up and what eventually lead you to electronic music?

After a very early flirtation with pop music I shifted to rock and metal, Guns & Roses, Iron Maiden that kind of thing. The first music I listened to with any electronic elements was hip hop, Run DMC, Public Enemy etc the mixtures of electronic drum machine sounds and sampled breaks was really powerful to me. After that I got swept up in the rave and hardcore that was everywhere in the early 90's. XL Recordings, Network Records, Suburban Base, Production House and so forth. After that I moved more into techno thanks to the early Tresor compilations, Carl Cox's first FACT mix and Jeff Mills' seminal Liquid Rooms cd.

Stroboscopic Artefacts ‘Monad’ series has a concept of geometry matched with cosmogony, How did this concept effect your production for Monad V?

Stroboscopic has a very defined way of presenting and writing about the music on the label. I tend to leave the geometry & cosmology discussions to them. I was more interested in the musical concept which was basically do whatever you want, push yourself to do different things and enjoy yourself. So many techno labels market themselves as being forward thinking and open to experimentation when actually they will only sign music within a very narrow set of parameters. To work with a label that is genuinely open-minded is both refreshing for a producer and very healthy for techno in general. 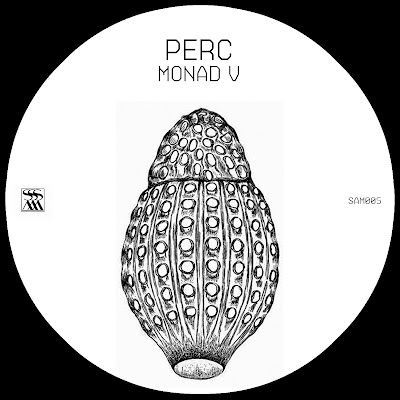 Previous names to work with Stroboscopic Artefacts ‘Monad’ series have included Chevel, Donor, Xhin & Pfirter, how did the decision for you to produce Monad V come about?

Lucy at Stroboscopic Artefacts got in touch with me quite early to ask me to do something for the label. So I wrote 'Wooden Art' for one of their earlier sampler EPs. That track was very well received and I was impressed with the promotional work they did. Then Lucy and I met at a few of my gigs in Berlin and we got on well, so the next thing was a request for me to do a Monad EP. At first I thought people might be overwhelmed with such a rapid-fire run of EPs, but I think it has actually been beneficial to all the producers involved and the series is building momentum as it continues.

You have maintained a big, yet stripped back approach to making music, how has your sound evolved over the years?

I always aim to keep my sound evolving from one production to the next whilst still keeping a recognisable Perc sound. Some of my early releases had more of a tribal sound and I enjoyed cutting up percussion loops in the same way I cut up drum breaks when I made drum & bass. After I felt like I had taken that as far as I could I started to blend in some influences from the industrial music I listen to. That plus some dub elements is where the Perc sound is right now. I have no idea of where my sound will progress to in the next 6 or 12 months, I think that makes it just as interesting for me as the people that follow my music.

Your remix for Danton Eeprom’s 'The Infinity Symbol' saw bigger kicks and mechanical rhythms take a back seat for lighter synths and melodies, is this something we can expect to see more of?

I've loved that track since Marcel Fengler used it in his classic dj mix for the mnmlssgs blog. It was released on Tsuba, which is run by a mate of mine, so I requested to mix the track. The track has such a subtle mix of strings, pads and melodies that it would be doing it a disservice to just drop a few elements over a typical industrial-tinged Perc rhythm. Instead I aimed to keep the vibe of the original but over a solid, but simple 4/4 groove. Rather than this being change of sound for me it is more about remixing in general, to create something that is a sympathetic and valid alternative to the original mix. Too many producers make a track that is typical of their usual sound and then shoehorn a tiny section of the original into the breakdown. It is something I have been guilty of in the past and I try to avoid to doing now. It's the reason why sometimes a good producer does not make a great remixer and also why I have had to reject a few remixes for Perc Trax over the years. 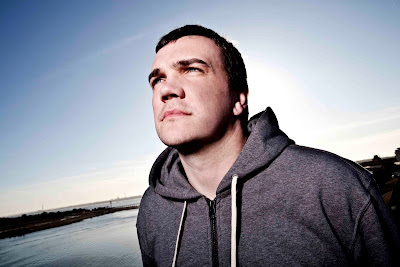 Between running a label, producing, remixing and touring do you find the chance to listen to music that isn’t dancefloor orientated?

Tell us a bit about your live show, how often are you performing live as opposed to Djing and what can we expect from Perc Live?

At present about a quarter of my gigs are live sets. Obviously the Perc live set is all my own material and about half of it is unreleased tracks. Tracks are broken down into their individual parts and spread across 8 channels in Ableton Live. This means there are about 250 musical clips on screen which can be combined in any combination. This makes the set highly interactive and responsive to the reaction from the dancefloor.

On top of that all the sounds are run through fx and filters within Ableton and also out to a selection of effects Boss fx pedals. Recently I played live at Adam X's Electrodes and Wires night in Berlin, my forthcoming live gigs include Zurich, Lausanne and London.
Running such a successful and industrious label such as Perc Trax you have no doubt come across some great acts, who have you been feeling of late?

I am still fascinated and excited about the music that the label's artists are producing. I like to work with producers who are constantly trying new ideas and absorbing new influences. I am convinced that Sawf is set for big things, his digital releases have been successful and now his first vinyl releases are in the pipeline. Donor/Truss seem to throw up new sounds with everything I hear from them and Truss's new Osbasten release is a great release for Perc Trax. Forward Strategy Group are currently working on a remix and tracks for Perc Trax and whilst probably the most purist act on the label they are continually innovating and not bogged down in the past like a lot of current techno. Also coming to the label soon are Samuli Kemppi, DVS1, Kevin Gorman, Jonas Kopp and a few new names. 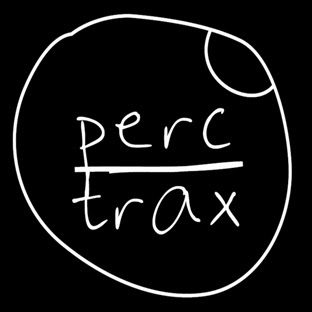 Where have enjoyed playing most?

It's impossible to say really. Every city offers something different and gigs can be good in so many different ways. I'm looking forward to being back in the USA as I think there is something really happening there at a grass roots level. Berlin is an obvious choice, but there are things you can do there as a dj that you could not do elsewhere. People just seem to go with it and trust you a bit more.

Whats next for Perc?

Right now I am finishing a track which should complete a new EP for CLR. After that I am producing the next album for Passarella Death Squad, to build on the success of 'Temperature's Rising' which Agoria signed. On Perc Trax soon there will be a split vinyl single with tracks from myself and Sawf, after that I'll start looking for remixers for the 3rd and final part of my Vertigo series. Plus I have 2 collaborative projects to complete and I want to work on new tracks for Ovum and Sonic Groove. For gigs I am in Switzerland and Croatia soon plus Leeds and Glasgow in the UK. Hopefully I'll be in the USA in October and then the Perc Trax club night launches in London in November. Busy, busy, busy. Maybe too much...

Finally being a Englishman can you must enjoy a good cup of tea, whats your favourite?

Years of working nightshifts in a Sainsburys warehouse have made me appreciate the joys of a cup of 'builders'. So PG Tips, Tetleys or Sainsbury's Red Label all work for me. I'm an open-minded kind of chap but please no Earl Grey, I can't stand the stuff.

Check out the latest from Stroboscopic Artefacts here