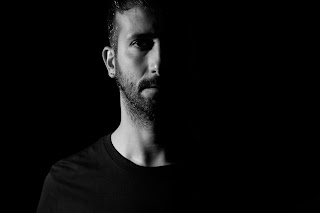 Elettronica Romana was a label that gave birth to a whole ensemble of names now synonymous with the often brooding style of Italian techno. The label's first release introduced Donato Dozzy via a joint EP with Giorgio Gigli and it was around 2004 that a second wave of Italian producers, largely inspired by Lory D, began to emerge. In a quick-fire two year period, Elettronica Romana released a slew of music from Gigli, and other artists like Brando Lupi and Dino Sabatini’s legendary Modern Heads project, only to come full circle and subsequently close in 2006 with Gigli’s concluding 12” Direct To The Brain.

The label did however make a fleeting comeback in 2010 with Claudio PRC’s Diving Point, but by that stage Gigli has released a further two EPs on Jeremy P. Caulfield’s Dumb-Unit and Swiss label Mental Groove. Following this, Gigli set up his own label, Zooloft, in 2009 with Francesco Baudazzi, aka Obtane, which in five years has earned a reputation for releasing some of the most foreboding and cryptically long-winded titles techno has seen in recent times. Outside of his own Zooloft, Gigli's other releases for M_REC, Outis and this year's Inside EP for Electric Deluxe have been nothing short of the ominous and commanding techno the Italian calls his own.

Listening to Giorgio Gigli’s music after this interview sheds light on the Italian’s love for a darker aesthetic, which is ultimately inspired by ‘90s techno legends and avant garde cinema. We spoke with the Zooloft boss over email where he gives further insight into the cinematic scale of his production and DJ sets, while also revealing why David Lynch and Lars von Trier are some of his favourite film makers. 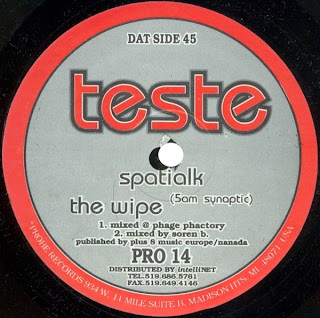 This was the first track Teste ever released. I'll start by asking where were you when you first heard this? And secondly, being the first track you've chosen to talk about, how influential has Teste and this track been on your own productions?

I've known this track for a few years and found it doing the usual research you do as a record collector. After listening to it for the first time I immediately found that it had a lot of similarities to my own productions, which I thought was amazing since it was first released back in '92. I didn't know about the track at the time, because if I did there's no doubt it would have inspired my music. It's a shame this track is as short as it is, I've always had the idea of making a 12 minute edit.

Do you find a lot of the music you make and play is longer?

I like to produce and play long tracks, that's a part of my style as a producer and DJ. Obviously it depends on the type of music I am playing in my set, but I like to imagine what I am playing as a soundtrack, so the length of something becomes diluted. Where possible I like to play tracks from start to finish, I think this is the best way to understand the way a track is meant to be. It's like reading a book, if you only read one chapter, you don't get the full story.

Does that mean the mixes in your DJ sets are long?

My sound is more suited for longer mixes. I think you need to give dark and deeper techno the time to develop atmospheres. I think the best way my music has been described in recent years has been 'future tech noir'. That's a good way of explaining my concept. Those three words explain everything that I want to express. Creating atmospheres and diluting time is the best way for people to understand and listen to this kind of music.

So to put you on the spot, out of the other tracks you have chosen, which one do you think would best mix into "The Wipe (5am Synaptic)"? 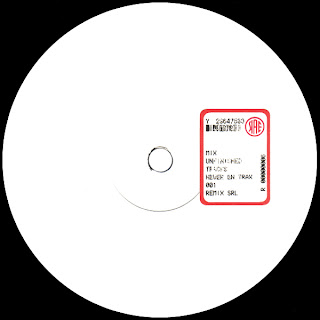 How important is Lory D to Italian techno?

Why this Lory D track in particular?

Every time I listen it, it fills me with so much emotion. I think it's technically perfect and I play it in almost all of my DJ sets.

How are you finding things with techno in Italy at the moment?

In Italy, especially cities like Rome and Torino, techno's always been important, many artists are from there. Techno was born in Italy in the '90s and there were a lot of raves, people came from everywhere to go to them. It was hard to find clubs in Italy that played techno for about 10 years. But since techno from Berlin has become bigger, that has brought a focus back to Italy and in the last few years that's created a healthier scene, with clubs booking line ups dedicated to techno. At the moment in Italy, there's an interesting group of artists that make their own style of dark, hypnotic techno that takes inspiration from what's happened in the past. 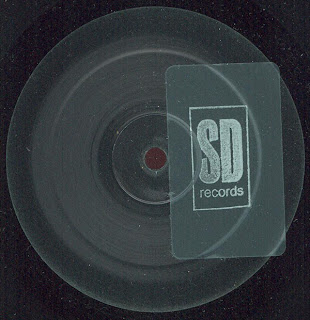 From Lory D to Speedy J. Why is this remix of Syncom Data special?

It was released in 2007 and it's been a big part of my DJ sets since, I've never stopped playing it. Each time I listen to it I hear new details and it's a masterpiece that's inspired me and many of my productions. It's perfect.

You just released an EP on Speedy J's Electric Deluxe. The last time you released on that label was your Endless collaboration with Perc back in 2011. It seems like Electric Deluxe is a perfect home for your music outside of Italy?

Electric Deluxe is one of the best places for me to express myself and I've also formed a great friendship with the Electric Deluxe crew. We have a lot of ideas we'd like to develop further in the future and I think Jochem is working in a way that the label will continue to grow. It has an amazing roster of artists. 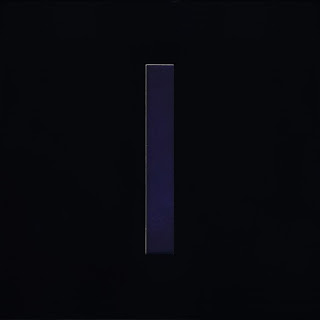 Would you agree this sounds like a minimal template of your own music?

All '90s Plastikman releases have been an inspiration for those who produce this kind of music today. This was when Richie Hawtin was in the best shape of his career. I think the album Consumed where it ("Contain") comes from is the perfect sci-fi soundtrack - an endless track. It's like black atmospheres are accompanied by subliminal synths, it's an epic track. It's a shame that artists like Richie Hawtin aren't as easy to find today, but music is like life, a journey where you sometimes lose things.

You use the word endless. It suites your music. Is that part of the inspiration behind the Endless project with Perc?

We have a different style and this helped me find new emotions inside of my music. That project was a little more aggressive than my usual sound, but throughout Endless you can see how our styles combine. 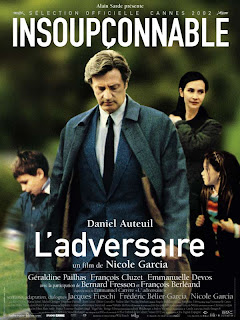 So this is from the soundtrack to the film L'Adversaire?

When I saw L'Adversaire for the first time I though the soundtrack was amazing. I didn't know Badalamenti was the maestro he is. I bought the soundtrack and listened to it over and over, it inspired a lot of my productions. I consider him as one of the most important obscure composers. His attitude towards music suites horror (films) and thrillers. I like sad music, because it makes me happy.

Badalamenti has worked with David Lynch on several occasions, so I guess that makes you a fan of David Lynch's work? perhaps Twin Peaks?

Yes absolutely. That's a big reason why I like David Lynch, his work never fails to impress me, and also as a musician I think he's very interesting. I remember being really excited when I saw his video of Lykke Li's "I'm Waiting Here". 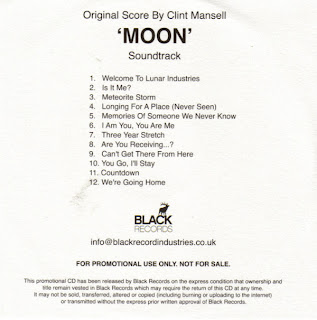 So as you were saying earlier, you like to image what you are playing as a soundtrack. It makes sense then that film scores and composers naturally inspire you?

I like the idea of writing a story in music. It's exciting when you listen to music or read something and your imagination runs wild. This is what fuels my creativity. I love imagining sounds and landscapes.

If you could write a score to a film, what would it be?

OK. I have seen that. Why did you choose this film and is there a particular scene that stands out? [SPOILER WARNING]

The film characterises itself by the darkest recesses of humanity - conventions, relationships and habits - which is all swept away by the unexpected collision of Earth with an unknown planet. It's as if the only way someone can save themselves from this is through their hopes, thoughts and imagination.