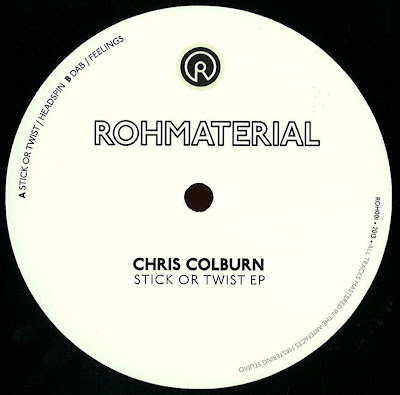 
That’s the thing about record shopping, in a shop, there’s a tangible aspect that lends itself to discovering new music. Maybe it’s a record that wouldn’t fit back into the shelving, so it comes with you to the listening booth out of awkward confusion, maybe there’s some great artwork, maybe some terrible artwork - maybe there is no artwork. The thought process is decidedly different when thumbing through records, say at Berlin’s Spacehall, where I discovered Chris Colburn’s Stick or Twist EP, when compared to the hand-in-cheek screen gazing and finger clicks of online shopping.

There was nothing particularly exciting about this record’s exterior; black sleeve, white label and bold text written in capital letters. What the 12” did have going for it though - for me at least - was a cut-and-dried aesthetic that reeked of techno, a name I hadn’t heard of, a label I didn’t know, and on closer inspection it was the debut release for RohMaterial.

The 001 discovery was as a timely one reading L.I.E.S_News’ tongue-in-cheek twitter outburst yesterday. “Record Store Day can eat a dick. All these bullshit labels clogging the plants up slowing things for those who do it all year round. End it!” In 2010, Alan Fitzpatrick, who has been running his 8 Sided Dice Recordings since 2008, could have said the same thing when L.I.E.S surfaced two years later with Malvoeaux, aka Steve Summers’ Targets EP - the same year as 8 Sided Dice’s 23rd release and Colburn’s first for the London label.

The 8 Sided Dice imprint is not a label I’ve particularly followed, a little to loud and slamming in parts, however James Mile’s Dowtown and Markus Suckut’s redefinitions to Fitzpatrick’s 9 Hours Later EP (ironically 8 Sided Dice’s debut release) are stripped back and pleasurably rhythmic-heavy club tracks. The label is also home to the better part of Colburn’s back catalogue, but Stick or Twist on RohMaterial is distinctly different from all of Colburn’s previous work, in fact it’s better than anything he has produced before. 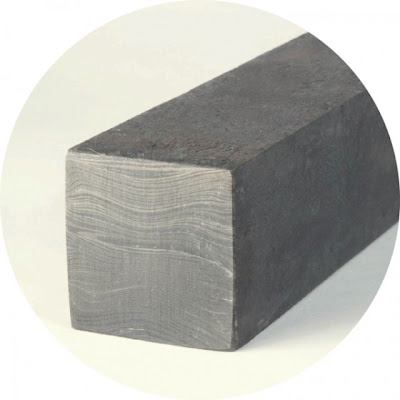 What makes it different from Colburn’s other works, is no track on the EP is sonically overpowering, his techno savagery has been toned down and it’s deep enough to dive into head on. Builds and drops are substituted for EQ fills and subtle variations in sound, resulting in heady rhythms of muscular groove, not brutish walls of noise. The title track is a perfect example of Colburn reducing ostentatious moves in favour of subtler ones, with the bass and percussion of “Stick or Twist” dipping and filtering into periods of drift and uncertainty, setting up rocksteady drums to vacate its arrangement, returning with a boosted animosity when reintroduced.

Sharing the A-side is “Headspin”. It’s a constant piece, held together by ride cymbals that sound like they’ve been sequenced by Jeff Mills, while doubled-up claps and murky tom thrums add to a penetrating groove. Disconnected from the constant forward thrust is a wavering synth of softened edges and gossamer melodic filaments that resonates like a magnified hum of a spinning coin in a smooth steel drum. So far intrigued by the EP, but not yet convinced, I flipped sides to discover “Dab” and “Feelings”, both gnashing at my achilles heel - dubby chords.

It’s wonderful to get lost in the catenation of dub techno’s reverbs, delays and saw waves, even if they seem familiar now. Dissolvent one-note chords blanketed by modulating filters, create a natural breathing system of sound in “Dab”, allowing a chugging bass at mid-tempo to gather in pace, aided by cyclical drums and brightly chinking hi-hats. “Feeling” perhaps tones down the EPs Berghain behaviour, by taking the chordal stabs used in “Dab” and stretches them out to cover the gap between its beats, resulting in a coruscating whirlpool of feedback and shapeshifting textures that intensify over each loop.

Stick or Twist sounds like an EP made by a producer hitting their stride after a long apprenticeship. It reached my ears at a time where a lot of techno I’ve been listening to fails to fill me with the excitement music geared toward the club should. Even if it’s still a steady procession of compound beats, straddling hi-hats and dubby cadence, its manages to perfect a tried technique that when executed properly never fails to satisfy.