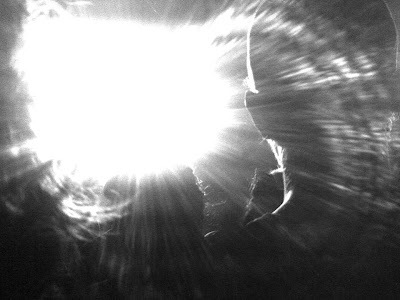 There's hundreds of reasons to avoid festivals and usually about half a dozen reasons to actually go. Everyone’s gone to a festival on the strength of one or two acts and endured what’s best described as a barrage of fecal matter to get their musical fill. For me, anytime I hear a track for the fourth time at a festival, be it a day festival or bush doof, it's a reminder that what I’m experiencing is actually an artist seemingly programmed by a computer algorithm (potential pull in dollars, minus price point), cherry picked from genres at random (Aphex Twin, Swedish House Mafia, The Wombats and Horse Meat Disco? Why not).

Krakow’s Unsound festival, themed as The End for 2012, seemed like the perfect alternative. With locations that ranged from museums, churches and communist dance bars to synagogues, underground clubs and abandoned hotel lobbies, with acts that traversed the fringes of dance, noise and jazz and talks about magick in pop music and concepts of ‘the end’. It’s not difficult to see how removed Unsound is from typical festival setting.

This years edition of Unsound saw an increased focus on premiers (either Polish or worldwide) and works specially commissioned for the festival, many of which took the advantage of the attentive audience and unique setting offered. The festival opened with a 20 minute set from Jacek Sienkiewicz, followed by KTL’s live soundtrack to the 1927 film Sunrise. Held in the cavernous, industrial Engineering Museum a projected image flickered into life as O’Malley and Rehberg took to tensely whiting out the sap and melodrama of the film and provided the most terrifying movie experience I’ve ever been subject to. The duo's electronic dread built a life of its own, filling the air long after the projector had wound to a stop.

Lustmord and Biosphere’s Trinity, held in a cinema after V/VM’s spastic karaoke pop assault, convincingly focused on the site of the US’ first nuclear weapon tests; combining panoramic shots with an intense and melancholic soundtrack. Demdike Stare’s commissioned collaboration with Danny Norbury and Sinfonietta Cracovia, with visuals by Michael England, tied into their hypnotic ritualism, playing off the suggested mysticism of the Tempel Synagogue and never fully revealing itself.

Despite the stunning location and impeccable programming, the festival was not without its problems. By the time Unsound hit its midway point the combination of movies, club nights, performances, informal lectures and cheap beers began to grow exhausting. In a talk during the week, Mat Schulz, Unsound's creator, expressed disdain for the over consumption and anxiety of choice that is inevitable with large festivals, mentioning that it was conceivable for people to experience all that Unsound has to offer. Whilst this is technically true, the reality is that most attending will miss a full festival's worth of gigs, lectures and DJs due to the impossibility of experiencing everything on offer.

A contributing factor to this is that with such a wealth of experimental music on show, a majority of the time the crowd are watching musicians leaned over their laptops or synths for a week straight, creating a unique type of fatigue which combines sore legs with drifting minds. Sets by Atom™, Haxan Cloak and Kevin Drumm stood out due to ingenuity, originality and extremity respectively, whilst others by Holly Herndon, Ducktails and Teengirl Fantasy felt half-baked as though the artists had completely forgotten they were performing to a paying crowd.

In spite of this, the connections between the artists on each bill and the order they were presented were far from arbitrary, and when the artists contextualised their material to a live setting the results verged on mindblowing. Vatican Shadow’s post-traumatic-stress afflicted live show aggressively overtook the promise of his recorded material. Domenik Fernow stormed up and down the stage, several times almost derailing his aggressive brand of techno with his own intensity.

Ben Frost’s new piece, made up of two drummers and electronic manipulations, confirmed that he is one of the most interesting and arresting electronic composers working today and was a welcome shock after witnessing a week of laptop performances. Flanked by drummers, Frost created wave-after-wave of intense textures and shifting rhythms, never letting the cacophony take precedence over composition. Another high was the collaborative sonic collage between Oneohtrix Point Never aka Daniel Lopatin and Tim Hecker, which filled St. Katherine’s Church with the manipulated samples, heavy tunnels of bass and synthesizer whistles piercing through the ether. The performance was, literally, moving - the intensity of the sounds and the volume vibrating the entire church was worrying to me and the event organisers.

The performances were, on most nights, followed by themed club nights. The opening party saw great sets from Opium Hum, Philip Sherburne and Andy Votel, before Mi$gogo bombarded the crowd with east-European punk, new wave and hardcore. Eccentricities continued the following nights with a communist-era party at Radar, the music being played entirely from lo-fi musical-postcards on a portable system, there was also M-Divisions’s Aussie disco night, held in the smoky basement of Rozrywki 3. Whilst it was difficult to top the experience of drinking vodka in a basement in Krakow, smoking and dancing in a packed room whilst Yothu Yindi’s Treaty blared, the weekend saw the party move to the host of Krakow’s largest condom ad, the Hotel Forum.

Disused (and, according to locals, sinking into the ground) for a decade, the ground floor was temporarily transformed into a surreal club, The Overlook for ravers. Although Voices From The Lake’s dense, drawn out ambience was a bit too hypnotic for the pre-midnight crowd, Shackleton quickened the rhythms, changing the musical landscape every 20 seconds and successfully bringing out small pockets of British ravers who trekked over for the weekend with the aim of talking as loudly as possible and exerting as much energy as possible. By the end of Shackleton's set things had calmed and his sound slowed to meditative and sparse.

L.I.E.S boss, Ron Morelli, played some excellent house music in the dimly-lit second room, keeping the party both deep and jacking as the crowd slightly thinned. After 2 hours he handed over to the surprise guest, Silent Servant, who expanded on Morelli’s sound, keeping the mixing tight and the tunes taut. Any plans to have an early one were only remembered at 6:30 am when Silent Servant finished with Rob Hood’s Minus and I had to make my way home in the glaring morning light.

The following night was spent entirely in the PAN-curated room 3 as Heatsick presented his phenomenal Extended Play show. Backed by a hot, bright grid of lights and playing his Casio, maracca and cabasa live. The crowd shuffled along to 3 hours of delirious Caribbean voodoo as blinding lights flashed on and off; the songs seeming to stretch on forever.

Once again the illusion of an ‘early-night’ was shattered when PAN honcho, Bill Koulagis took to the decks with another surprise guest, Morphosis, following Heatsick’s set with 3 hours of genre and mind bending tracks. There’s a certain type of music fanatic that takes delight in hearing something abstract and alienating presented in a club context, and as Koulagis and Morphosis went back-to-back, seemingly one-upping the last on the audacity of their track selection.

The insanity continued at the closing party the following night in the basement of Pauza (Unsound’s HQ). Dragging my almost defeated corpse to the packed room, I witnessed PAN’s NHK'Koyxeи playing some of the most demented, fractured and beautiful tracks I’d ever heard thrown at a packed dancefloor. Cold filtered dub techno set against a backdrop of hyper-colour electro, the crowd rightly lapped it up before V/VM took charge with a DJ set to destroy what was left of the festival with an unhinged club karaoke set.

Over the course of eight nights I only heard two songs repeated: a Shed track (duh) and what sounded like Wolfgang Voigt’s Protest songs, something that speaks volumes about the personalities of each artist at the festival. What The End signifies for Unsound is a mystery. Perhaps next year there will be no more weekend club nights, no variations in venues, or even a lack of commissioned collaborations. The recent announcement that Unsound will be curating 3 nights of the 2013 Adelaide Festival seems to signify that the festival is far from over and in a stage of change.

Aside from the quality of experimental acts to line up, the festival’s strongest point is that none of it feels wanky or preachy. Unsound ups countless other festivals claims to ‘expanding horizons’ by presenting the experimental and just plain mental in a thoughtful manner. Given the measured nature of the curation and the extreme care taken with the festival in Krakow, one can only be excited and hopeful for what the future has in store.