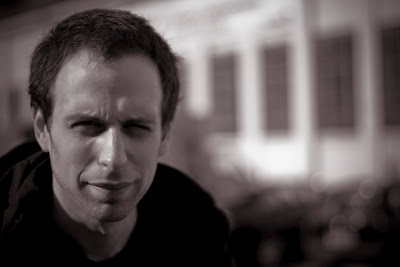 To begin with Lasse doesn’t even like half of it, says Troels Knudsen, the other half of Northern Structures, a Copenhagen pairing who berated the second half of 2011 with a salvo of gravel-pit techno via Adam X’s Sonic Groove imprint. “He (Lasse) is the guy that got me into all the industrial stuff,” Knudsen says, “My stuff has always been a bit more dancefloor”.

Troels Knudsen this year launched his Ctrls project, a solo endeavour geared toward break-neck beats and heavy duty loops that pay homage to his love of bumping ‘90s techno and drum and bass. “It’s definitely more dancefloor...I like a 140bpm workout if I can make it work, like the late ‘90s Mills stuff,” Knudsen explains.

One of the few labels today to consistently release high-end techno at full tilt is Belgian imprint Token, run by Kr!z. Speedy techno bulwarks Phase and Inigo Kennedy regularly release on the label as have Oscar Mulero, Go Hiyama and Xhin. Ctrls is the latest artist to join Token’s roster after Knudsen sent Kr!z the track “Socket”, which was swiftly snapped up and pressed for Token’s 22nd release. It wasn’t long after Token bore birth to Ctrls that Knudsen’s music attracted the attention of techno’s hungriest jocks, including Norman Nodge who commissioned the track for his recent Berghain 06 mix.

“Everything Berghain related is like ‘yes awesome’ and I’d be lying if I said it wasn’t an ego boost, but it just gives you confidence and makes you feel like ‘right, this is full time now and lets do something with this’. It’s a really powerful motivator,” Knudsen says, adding “I feel there is something very active going on there (at Token), Kr!z is very conscious about the Token sound,”. 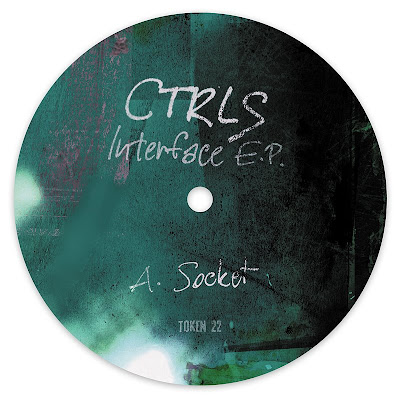 Token was an obvious home for the Ctrls project and match made in the industrial underground of European techno. “I simply hit Kr!z up,” Knudsen says, “I’m a massive Token fan. It’s exactly the sound I feel like I can Identify with, there’s still lots of energy,” he says. “I stopped drum and bass and I knew I wanted to do techno, so I was practicing for a while before I felt ready to show everyone what was going on,”.

The Ctrls project was a bedroom secret from 2008 until the release of “Socket” earlier this year. Everything before, Knudsen says, was still a little under produced. After Kr!z’s intake of “Socket”, Knudsen then specifically produced “Social Vector” and “Encrypted Sex” to round out his first solo EP. “The nature of techno is technical and you have to know a synthesizer, you have to have some idea of systems; even the Downwards guys who call themselves ‘situationists’ still operate under a thought-out system,” he says.

Ctrls may not necessarily be exclusively Token, but he does pledge an alliance to the Belgian imprint saying Ctrls is definitely “Token focused”. “Once you are in there, there is a family, it’s a very verbal thing with lots of back and forth and discussions and things like that, which I really like,” Knudsen continues.

Northern Structures is still a big musical priority for Knudsen, but he says once the necessary deadlines have been met, he then has time to focus on Ctrls. But it’s not only Northern Structures and Ctrls that take up his studio time, Knudsen also works under the moniker 2400 Operator, a shaded house collaboration with Copenhagen DJ and promoter Daniel Savi that has so far released music with Tartelet Records and Underground Quality.

“Leave that reverb, don’t adjust it, this is house,” Troels Knudsen says, impersonating Underground Quality kahuna Jus Ed. “I am a techno person,” Knudsen admits, before explaining his predilection for house music. “It’s really relaxing making house and I really like some of the people I have met...I knew about working with house music, but I’ve never really tried it before, you learn to keep things very instinctive and traditional. The whole peace-love in house music thing, even though it’s not a conscious movement, there are a lot of people that go for that. It’s charming and a bit romantic,” Knudsen says.

The 2400 Operator moniker is his escapism from the usual balls-out abrasiveness of his Ctrls and Northern Structure productions, and he says Jus Ed is a big inspiration for his continued embrace of house music. “He (Jus Ed) is one of my favourite people in the scene I think, he has so much character and personality. I’m really going to try and find a way to keep the house stuff alive. If it’s going to be as 2400 Operator or as someone else, it’s really hard to tell,” Knudsen says.

Knudsen is also the envy of many bedroom producers who are still trying to get their head around basic to intermediate synthesis. Playing live is an important aspect of his and Northern Structures’ production and performance tenor, which is also something that seems to be ingrained within Danish electronic music. “I feel like I have a lot more to work with (in Copenhagen) and it feels like everyone does too. A few venues opened and closed but we still have Culture Box and it’s really turned up the heat. There’s some other crews as well, its been very ambitious, some of it may have been a little unrealistic, but there’s definitely life that has been created that doesn’t want to die right now,” he says.

Ctrls will debut his live show alongside DJ sets from Marcel Fengler and Norman Nodge at Fabric on November 24th and Knudsen offers some insight into the evolving process of his live show and studio production. “The main thing with Ctrls is that every single sound is made by me. When I found out I could do that, I think it gave me a nice personal touch. Everything is mine, I might get the same results when using a 909, but the process is hugely involved,” Knudsen explains. 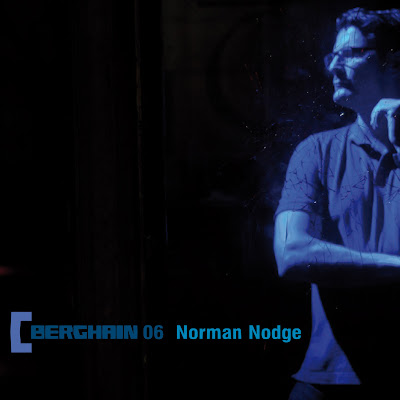 Teleport is a developing program that Knudsen employs for his live show. “Everything is done on a laptop, but I’ve found some new software which will allow me to be hands on with the plug ins, which is like having a whole rack of synths. As far as I know I am the first to really take it on stage,” he says, adding “To me it feels totally live, there are no samples involved so I really tweak everything, so there will be actual improvisations if things work out in time,”.

“Being able to write new things on the spot now is very attractive to a lot of people,” Knudsen continues. “Electronic music is very hard to just sit down or stand up and play, you have to programme things and it's usually not a format where you can just jam out of nothing. But producers are getting really ambitious right now and I think there's a lot of us that want some of the spontaneous options traditional musicians have”.