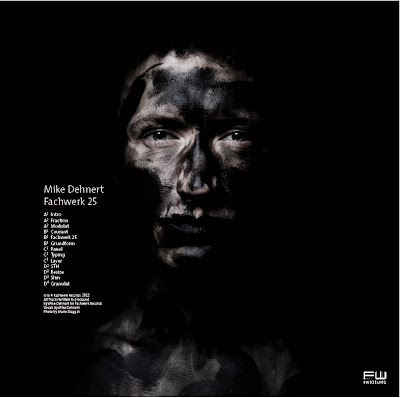 Memorable are the days pre zip file, digital promo and Sendspace, or should I say Megaupload. Buying a long awaited album from your record store was like meeting a new friend. You would catch up a few times and if you got along you would see more of each other, sometimes a love affair would blossom, even flourish, you might still be together, or was it a summer of love?
Some get it with Radiohead, others with Plastikman, me? It’s Mike Dehnert and anything Fachwerk. Dehnert has been crafting his masonite, shuffley-dubbed techno nigh on five years now, with Fachwerk becoming something of an institution. Along with Roman Lindau and Sascha Rydell, the three remain diligent in their Fachwerkian cause - Reno Wurzbacher the only one thus far to infiltrate the trio's steely cage via Fachwerk sub label Colombage.
Mike Dehnert in the studio, as you would expect is a work horse, knocking out nine studio albums and 27 eps in conveyor belt style. Dehnert’s sound is often recognisable within the first bar, whether it be via his trademark flabby kicks, crunched hats, piqued blips or pitched vocals. A DJs wet dream, anything Dehnert is a joy to mix, rinse the faders and ride it out! But the born and bred Berliner is still capable of applying curve to a traditionally linear craftsmanship, examples of this are best heard in "Sondebar" and "Plonger" from the “Oblique” ep on Clone Basement Series. Both are still relatively four-four but tricky nevertheless.


Some of Dehnert’s more recent works have been criticised for being a bit “samey”  - I’ve even heard “I think Dehnert is about the most boring techno I can imagine,”. Sure, there is an argument to had here, especially if dense, four to the floor, soup thick techno is not your thing, but within the framework* Dehnert sets himself, he couldn’t be more dynamic.
March 30th this year Fachwerk took over Panoramabar along with Reno Wurzbacher and special guest John Tejade. Mike Dehnert performed under his MD2 guise and Roman Lindau was cheekily bracketed as “Ostgut Ton” thanks for his addition to Ben Klock’s Berghain 04 mix. So I pose the question - how many other labels, troupes or ensembles, with comparable techno clout to Fachwerk, have the ability to successfully host both Berghain and Panoramabar? Not many - if any.
Mike Dehnert aint to bad at producing house music either, albeit with his hallmark oomph. “Discrete” and “Beatmatching” - both “Delsin-Framework” affiliated, as well as “Werkbank” on SIXONESIX and “Lautschrift” on Clone Basement Series, tick all boxes marked house (heck* he even does jazz with “Granulat”). Dehnert’s latest long playing and creatively titled missive “Fachwerk 25”, see's the usually stringent MD experiment with sound design past the usual intro and outro. By applying more synths, other than the techno synonymous "dub chord", Dehnert effectively rounds out a complete album, more so than ever before.

Where Framework was essentially 9 clubs tracks with an intro and outro, Fachwerk 25 shines a light on the Mike Dehnert we have only seen glimpses of. Fachwerk 25 still supplies the heat in Panel, Layer, Grunform, Resize and Fachwerk 25, mirroring Framework’s Teilfolge, Palindrome, Klartext and Framework, but only three tracks on Fachwerk 25 exceed the five minutes. Another five clock in at two minutes or under, suggesting Dehnerts club-centricism has taken a back seat to his sound design. 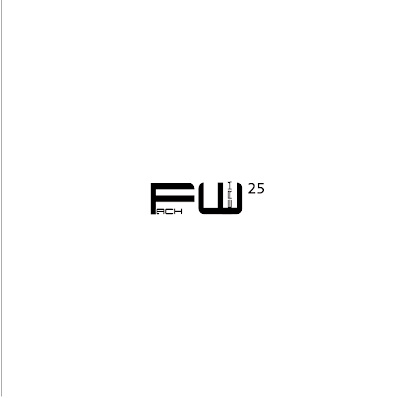 “Fraction” is one of Fachwerk 25’s highlights, first off the rank after the intro. Dehnert treads new ground in his use of an upfront and outspoken arpeggiator, almost three dimensional in character, combined with marching snares and an italo nature, it makes for an euphoric listening-dancing experience. Following up is “Modulat” and as the name suggests, could be Dehnert patching and processing an array of modular mechanics, as bleepy sequences lightly reference Karftwerk and Jean Michel Jarre. “Courant” sounds like an enchanted dripping tap, in a dank and dimly lit Berlin basement, as candescent and shimmering waves of synthesis sweep by.

“Typing” is a concoction of filtered toms, delayed klacks, warped vocals and Shed-esque rave stabs. “STH”, an abbreviated version of “Klangwerk” from his digital “Werkstoff” ep, acts as a dubby chord intermission the likes of Basic Channel, DeepChord or Maurizio would applaud. One could suggest “Slim” is a nod to Actress, a track that could easily nestle into Darren Cunnigham's "RIP" album through Dehnert’s use of dusty shakers, phasing electronics and skew-whiff, blobby bass squelches.  Much like Framework with Beatmatching, Dehnert concludes Fachwerk 25 with an upbeat adios, this time to the tune of some fruity and looped up jazz samples in “Granulat”.
Posted by TEA at 14:25