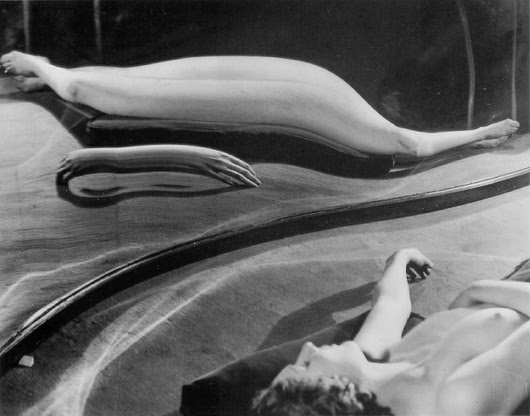 TEA found itself traversing the world in 2013 and here is, for the fourth year running, our top 100 tracks for the year that was.


If you had to answer the question, what was techno like in 2013, what would you say? I suppose for starters we’d all probably begin with what we didn’t like about the year, like the distortion, harsh ‘industrialisms’, noise and drone. To too many stereotypical arrangements, obvious break downs, soulless club tracks, vacuous deep house - white noise-pssshh. That’s a given. But to a certain extent techno this year has been one of three things: noise, the cleaner, minimally, linear stuff, and the experimental. I’d say I’m leaning a little toward to the minimally, linear and experimental stuff, the latter of which was largely inspired by drum and bass.

Electronic music in 2013 was, more than it’s ever been before, distorted, and similar to the André Kertész’ photograph pictured above, taken from his Distortions series, genres like grime and drum and bass progressed by alternatively mirroring their past by using new and unorthodox production techniques. Techno, however, is a little different. This year it seems to have formed stronger allegiances with tougher strands of post-punk and industrial music that draws its inspirations from further afield than just Cabaret Voltaire and Throbbing Gristle. While drum and bass and jungle also became a contributing factor to its development.

But amongst all the experimentations, good ol’ four-four music is still being produced, let’s not forget that. TEA’s Top 100 Tracks For 2013 is a body of music that canvasses the theories and trends we’ve just mentioned and brings an end to our blogging life. In early 2014 we will be launching a new website version of TEA, so to leave Blogspot with a bang we've provided a podcast of selected tracks from our favourite records of 2013 mixed using two turntables and mixer which you can stream or download below. 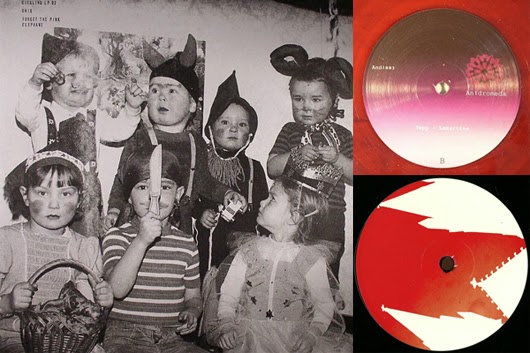 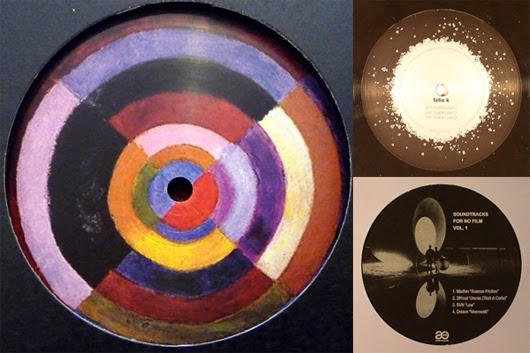 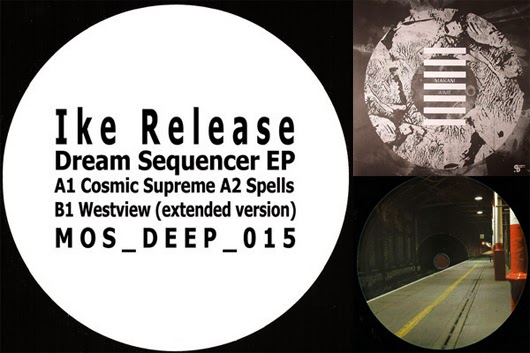 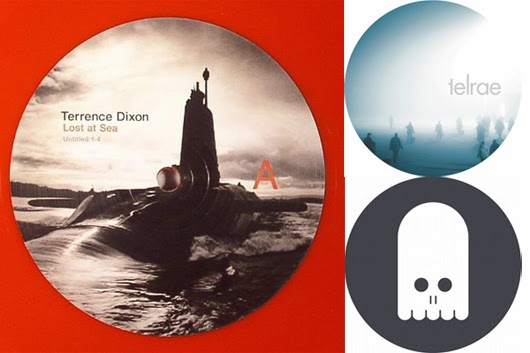 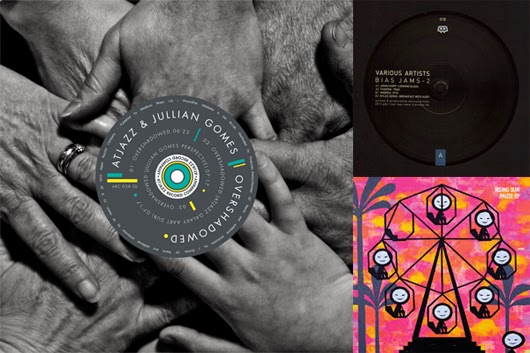 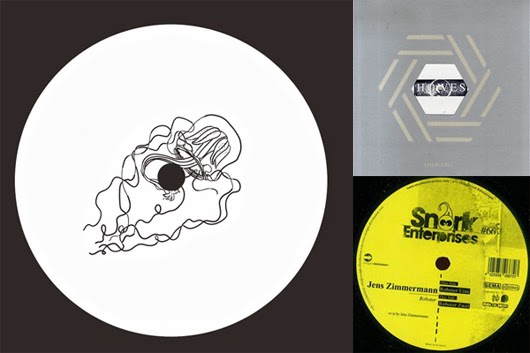 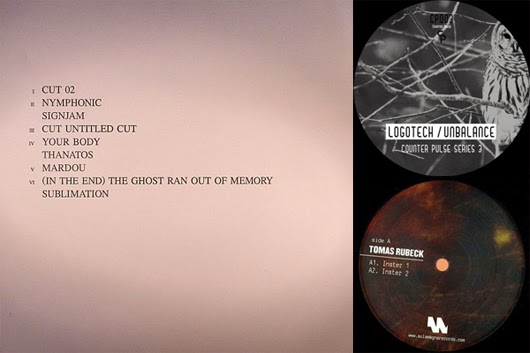 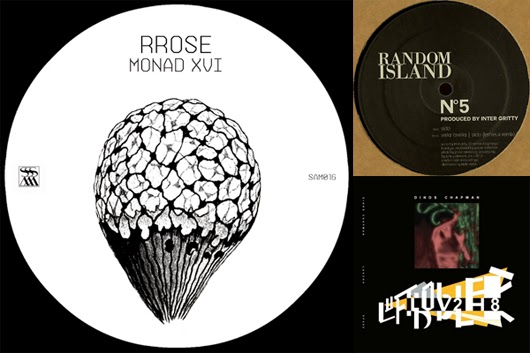 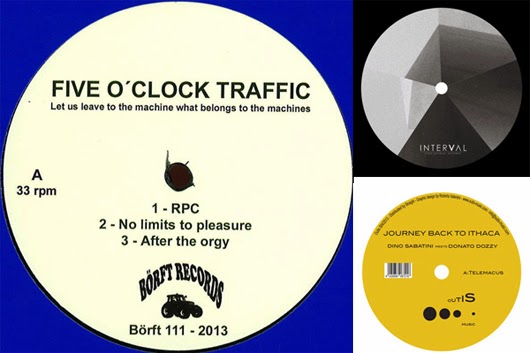 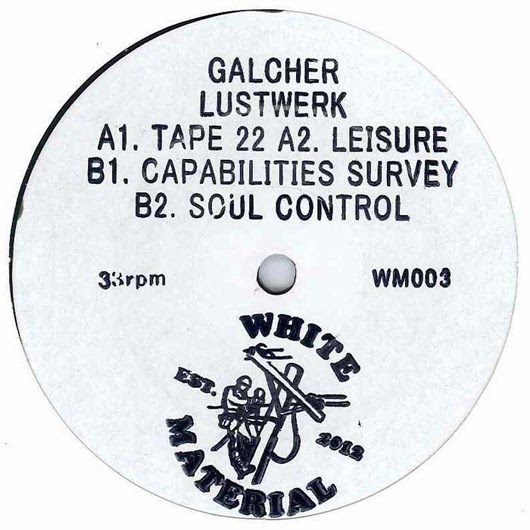 It was hard to escape the hype of White Material this year, largely in part to Galcher Lustwerk’s Tape 22 EP and its title track. During a three month stay in Berlin before I knew what the production was, I constantly heard it played in so many of the house sets I saw. ‘There’s that vocal, it’s that track again!’ “Tape 22” seems to have found the middle ground for lo-fi house heads, deep house connoisseurs, fashionistas, and those into the minimal, techier stuff to equally enjoy. I’ve been at house parties when people literally squeal in excitement when anything White Material is played, but its “Tape 22”, with its swung drum pattern, bursting chords, gloaming textures, that little bit annoying synth, that vocal, and overall deepness, that is, so far, the best thing to come from White Material. 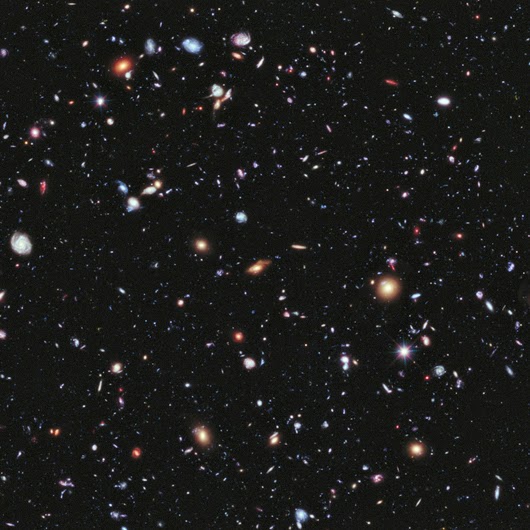 There’s no doubt since L.I.E.S. came along in 2010 that Ron Morelli’s label has significantly changed the trajectory of how house music is heard, played and produced. Hyperbole and backlash ensued as did praise and admiration. Take a look at the names to debut on the label this year; Florian Kupfer, Gunnar Haslam, Greg Beato, and Vereker, and it’s evident the amount of sway L.I.E.S. has in developing an artists nascent profile as well as forming popular opinion. This year, Terekke, a name now verging on synonymousnes with  contemporary house music, even though he only has the two 12”s to his name, delivered the superb Yyyyyyyyyy EP which ticked the all the lo-fi deep house boxes for the right reasons, and demonstrated that when L.I.E.S. wants, its remit reaches further that what it's generally known for. 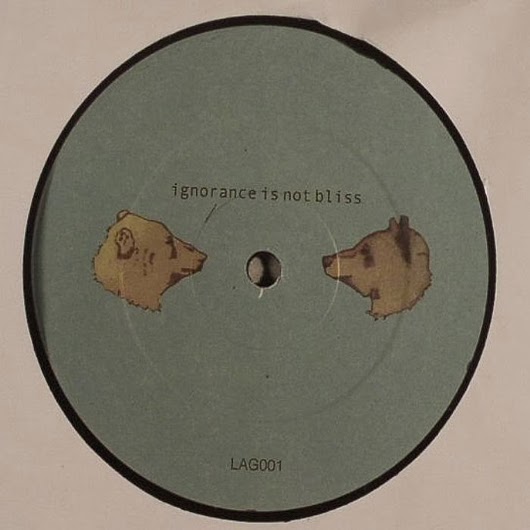 If there's ever a compliment to be had in the world of electronic music it's to have your record played by Silent Servant. I first heard “Sidewalks” in a live recording of a set Juan Mendez played at New York club Output this year. It was laced between some of his own material from Negative Fascination, post punk, jacking Chicago house, some anthemic Nitzer Ebb and the closer to end all closer “Dead Eyes Opened” by Severed Heads. I managed to find out its title before the tracklist was taken down, which lead me to discover fledging New York pairing Cory Metzinger and Arthur Kimkskii, aka Point Break (see their podcast and interview for our Fresh TEA series here). Their label LAG has a second 12” due for releases in a matter of days, further proving their debut EP and its title track was no fluke, but a grand introduction. 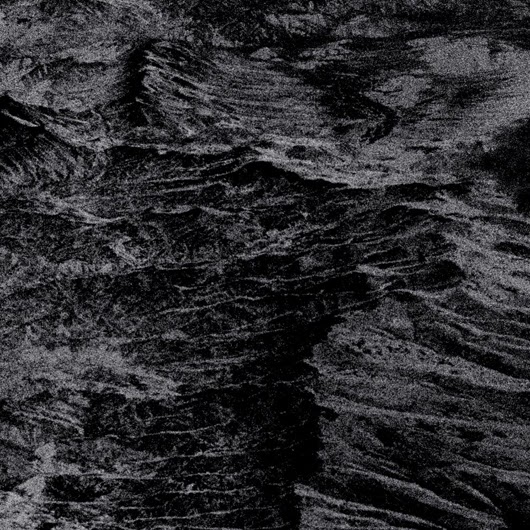 Was there anyone more prolific than Joey Anderson this year? From the seven EPs the New Jersey artist released in 2013, his first of the year, the From One Mind To Another EP for French label Latency, was a talked about record for its A-side, “Press Play”. But as far a B-sides go in 2013, nothing compared to polyrhythms of “Mind Set”, an eight-and-a-half minute lesson in the type of deep house production that can only come out of New York. In many ways it’s reminiscent of Levon Vincent’s “Late Night Jam”, particularly Anderson’s drum work, and if you pair this with pitched down Shackleton-esque vocals and synths that give you goosebumps every time, it provides the mellowest dose of euphoria you could hope for.

6.Stanislav Tolkachev - Break Something That Breaks You [M_Rec] 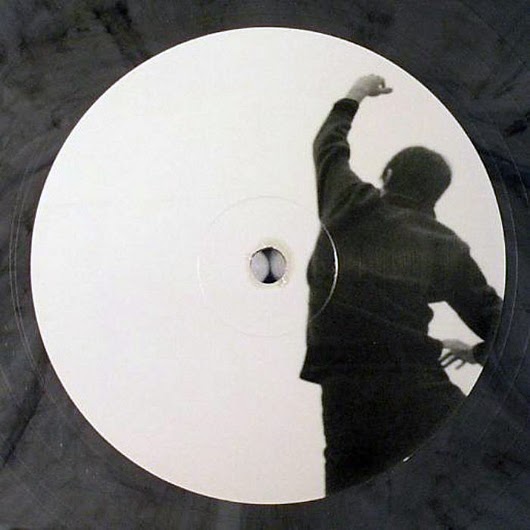 Alongside Unbalance, Stanislav Tolkachev is the most underrated techno producer from Europe's eastern bloc. Thankfully the long-haired Ukrainian's profile is growing with releases on Mike Parker’s Geophone and most recently Semantica. But it was the Depth Of Light EP for M_Rec which has been his most impressive. Tolkachev delivered five spacious tracks of gridless techno (while suppling his own artwork) which was his finest collected work to date. Each production, sonically, stands out in the same way Shed’s Head High alias did when it first emerged, and for club techno with depth, power and grit, “Break Something That Breaks You” has it all. 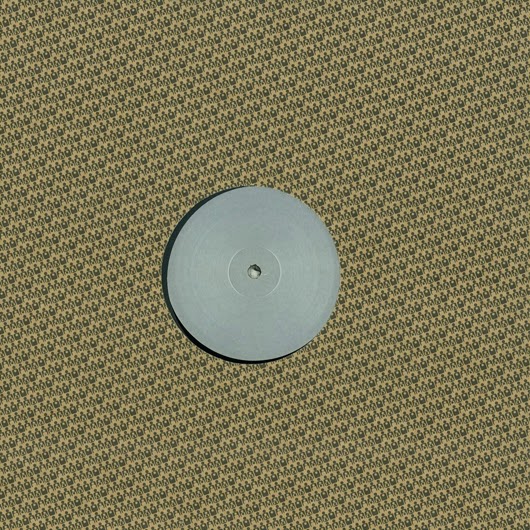 Gerd’s Literon alias produced the best club track of 2013, and it’s a shining example of the quality Clone Basement Series can deliver. Unlike much of the other artistic and nosier techno 2013 has produced, “Freak Funktion” is completely designed for the club and provides the essential elements to why so many of us like techno in the first place: dancing. 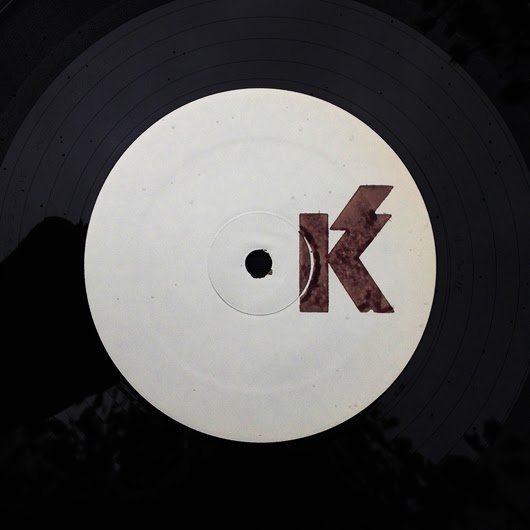 The only track that came close to matching the drubby drone of Massprod & Herva’s “Everything We Know Is Wonk” this year was Miles’ “Irreligious” from his Faint Hearted LP. The quirky Italian duo provided Ulf Eriksson’s label Kontra with the closest thing I’ve heard to a drum machine emulating the rumble of a what it might sound like inside a tank fighting in The Battle of Stalingrad. Once again, like all superb productions, it’s a tricky one to mix, but a secret weapon with the potential to destroy the dancefloor, but more specifically, the sound system. 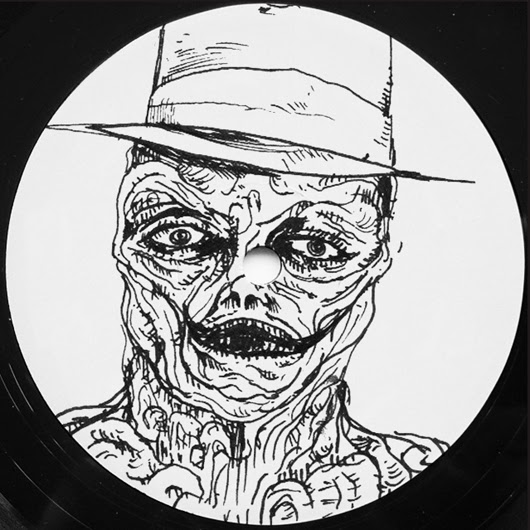 The fact this track is named after what’s considered the world’s most mind altering drug, Dimethyltryptamine, aka DMT, provides some suggestion to the power of Canadian label Forbidden Planet's second release. What begins as a pretty modest, lo-fi house beat, then out of nowhere turns into a gargantuan monster, in the form of a tearing synth, that on first listen is shocking, almost off-putting, but then becomes 2013’s ballsiest production. According to Wikipedia, the drug DMT can produce powerful psychedelic experiences including intense visuals, euphoria and hallucinations, and I’d like to say, in the right environment, “DMT” by Breaker 1 2 can do the same. 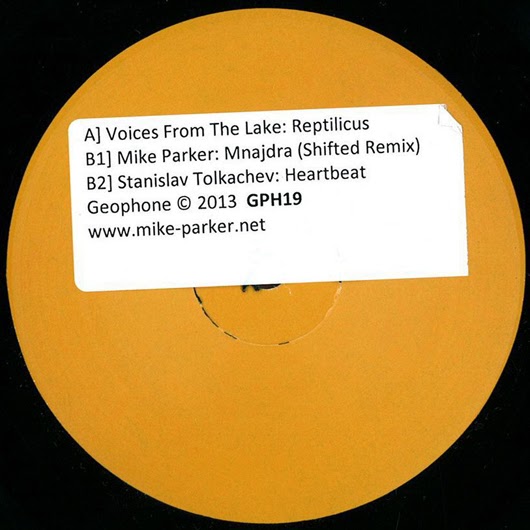 I’ve never gone into a record store and specifically asked for a title, bought it, and then left...until hearing this. Thank you Hard Wax. Mike Parker pulled out the big guns for Geophone’s 19th release which included a rare Voices From The Lake production, the once more frenetic and free flowing drums of Stanislav Tolkachev, but also the track in 2013 that best invokes the feeling of Berghain. In April last year I spoke to Mike Parker where he told me, “one of the more gratifying experiences I had was the last time I played at Berghain, Cio D’Or was (also) playing and I was on the dance floor with everyone. She played eight or nine of my tracks and some of them I had never heard on a big sound system, I’d only heard them in my studio. It was great to hear them like that for the first time.” Some may argue the ‘Berghain sound’ is a wonted cliche, but having experienced the club many times, there’s no doubt Shifted’s remix to “Mnajdra” represents a snippet of the club’s ever-growing and legendary soundtrack. 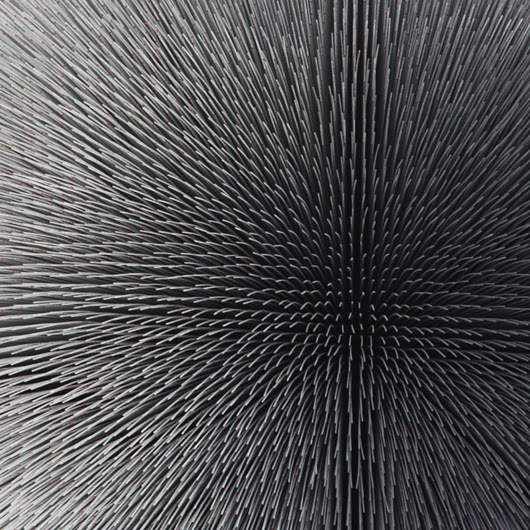 Listening to “Lebensform” for the first time was like being caught in the house swept up by the most violent part of the tornado Dorothy Gale found herself in during the opening passages of The Wizard Of OZ. The drum work, reverb, delay and creative distortion is a blustery storm of circular fissions that created this year’s most sensational production.