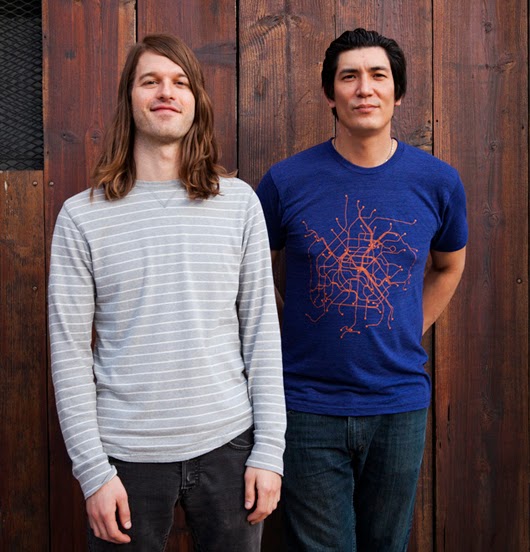 If there's ever a compliment to be had in the world of electronic music it's to have your record played by Silent Servant. Juan Mendez is the type of selector whose DJ sets translate just as well to the podcast as they do in a live environment. His mix for FACT last year, which proved to many that jangly guitars can be just as cool as sequenced drum machines, was one such example of why his podcasts are becoming something of legend. Two live recordings to surface this year from the Jealous God creative director include a two-hour mix for San Francisco-party Honey Soundsystem, while the other was the aforementioned DJ set for Output.

It was the latter that alerted me to New York upstarts Point Break. In the short time that a tracklist was available (only a matter of hours from memory) I was able to scour the internet for more on the mysterious Point Break, which lead me to LAG001. The stone crunching beats and gallant horns of "Sidewalks" was, by Mendez, eloquently laced between some of his own euphoric material from Negative Fascination, while jacking Chicago house was blended with some anthemic Nitzer Ebb (and other unknown must-haves) before closing on Severed Heads classic “Dead Eyes Opened”.

After discovering the name behind LAG001, some relatively easy Facebook sleuthing led me to Cory Metzinger and Arthur Kimkskii who together are Point Break. Over email I hit the duo up to find out more about them and what they had planned for the road ahead, as well as that knock-out cut "Sidewalks".

Hi guys, how’s it going? Perhaps we'll have you start off by explaining a little about yourself, how you two met, and what you're getting up to in NYC.

Arthur: Hi, thanks for getting in touch. I grew up traveling back-and-forth between Seoul, Korea and where I was born in Washington DC. I discovered house and techno in DC in '91. I started collecting records in '95 and finally bought some decks in '96. I moved to New York in 2003. From 2001 until 2007 I stopped DJing all together and trained as an actor for three years; auditioning and pursuing that life. Halfway through my training I realised that all of my activities for class involved music. I bought new decks in '07 and started throwing a series of parties with a couple of friends that involved food and music in The Old Supreme Trading in Williamsburg. I basically was involved in various parties in New York from then until recently.

And Cory, happy birthday for the other week.

Cory: Thanks man, I appreciate it. I'm a New York, Long Island born DJ and producer. I got a job at a record store so I got deeper into collecting records of all kinds, which helped me trace the history of this music I've become so obsessed with. I've been DJing around the city since 2003 and got into producing music around 2002.

Arthur and I met at a party in 2010 in Brooklyn called Cassette which was actually a party run by the guys from Sepalcure. We had a conversation about our love of techno and Arthur mentioned he was throwing a party at a club called LOVE in the West Village. He asked Arthur for a demo and that followed up with him being booked to play the warm up set for a heavy line-up including Martyn, Falty DL and Tanner Ross.

From there a friendship began to develop and we started hanging out and playing records. We went on to put together two different parties in NYC bringing guests like Shifted, Virginia, ASC and Monty Luke to town. We had both moved to Brooklyn and naturally started to work in the studio together while putting on these parties.

LAG is your label right?. How is it going?

Arthurs: Well, we had a bunch of tracks finished. We sent them to a few labels. One of them being Anthony Parasole's. He got back to us and gave us a lot of positive feedback and at one point was considering releasing "Sidewalks". He ended up telling us that he loved the track but had a backed up schedule and gave us the choice of waiting, maybe, a year, (and said) that we should keep shopping it. It was all the encouragement I needed to start the label... I made of a lot of decisions concerning the mastering and pressing etc. with Cory since it was both ours' first release. The record did really well. LAG002 is in the process of being made right now. It's a split four-track EP. Two tracks from us (Point Break) and two from our friend Jordan Poling. We're aiming for a late November release. 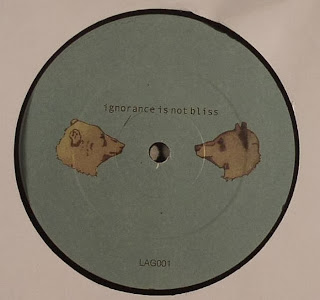 OK. So let's talk about “Sidewalks” which I first heard in a mix by Silent Servant recorded at Output this year. It's one of my favourite mixes of the year and one I’ve listened to several times. Your track for me really stood out, and when I looked it up it was either unreleased, or had only been released in the US... Is there a story to how Juan Mendez found the record in his hands?

Arthur: The record had been released in March and was slotted to come out on Juno in April but I think the ones we sent out to Europe sold out. Halcyon, the record store we always go to, took a bunch of copies and sent the rest to Juno. I'll let Cory tell you about Silent Servant.

Cory: I met Juan in Detroit this year and gave him a copy of the record. We were wondering what his reaction was to it and we both got text messages from our friends saying he was playing it at Output that night. We were shocked and happy to find this out as we're both big fans of the guy's music.

How does it feel to be part of New York clubbing at the moment? From afar it seems like techno in New York is really growing?

Cory and Arthur: There is a lot going on in NYC right now and we think it's great. People seem to be bringing great talent (to the city). No matter what you're into there are great guests coming here week-in-week-out. It's really inspiring. We like to go listen to music at new places like Output which has arguably the best sound system in North America. Bossa Nova is another spot in Bushwick which has a nice system, great drinks and really cool bookings for some weekday-and-weekend fun.

On the other hand we have noticed a decline in loft and warehouse parties which is a big part of what makes this place (New York) so special. We saw lots of great performances at Public Assembly for The Bunker; Marcel Dettman, Ben Klock, Peter Van Hoesen, Silent Servant, Function, Untold, Shawn O Sullivan, Steffi have all crushed that room. Blkmarket did a Sub:stance party with Luke Slater as LB Dub Corp which we still talk about. They also hosted Carl Craig's Verus 2.0 which really blew us away. There are a lot of great labels, talent, and DJs from New York it's undeniable - the music here is alive and healthy. 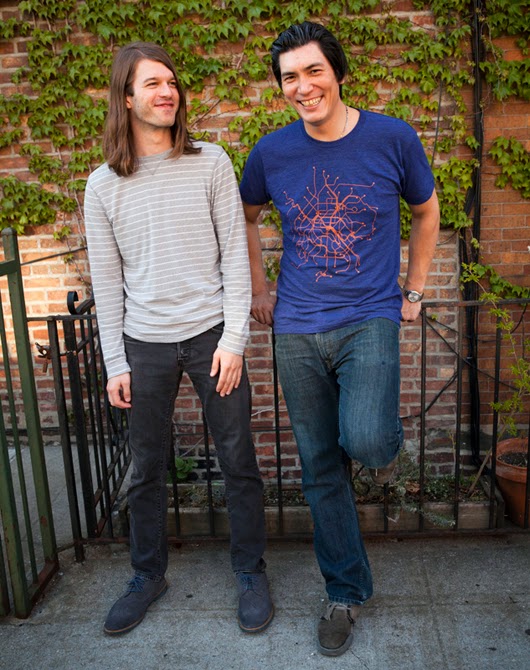 Outside of the bigger names like Anthony Parasole, Levon Vincent to guys like DJ Q, Fred P or DJ Spider and his crew - who are you guys enjoying recently and who do you look to for inspiration?

Cory and Arthur: At the moment all of the names mentioned - the Underground Quality guys and Spider - are definitely an inspiration to us. We love their records. As far as other artists and labels we enjoy I'd say we are really into and influenced by Robert Hood, 808 State, Autechre - a lot of early drum and bass; Ed Rush, V Recordings - to Luke Slater and Mike Denhert, while early Ninja Tune is also a big one for both of us. As far as other artists and labels locally, we like Joey Anderson, Taimur Agha, A. Arias, Voodoo Down, Sequencias and Dakini 9. We also both love Talking Heads and Prince!

The Sidewalks EP to me sounds as if it is more aligned with Europe than perhaps what’s normally associated with the US? What do you think?

Cory and Arthur: You're observation about our sound was actually surprising to both of us initially, however, we are into a lot of UK and German sounds too, so it's not so surprising after all. "Sidewalks" feels more American to us and the B-side probably sounds more European.

Explain the mix you have done for us. Where and how was it recorded?

Cory and Arthur: Our mix was made with two Technics, a Vestax mixer and vinyl. We always strive to tell a story with our mixes. We play a mixture of local stuff, with some records for the diggers and a few records that might be big at the time.

New Yorkers, or those that have been there, always seem to jump at the chance to recommend a good pizza joint? What would you guys recommend?

Cory and Arthur: We both love Fornino on Bedford near North 7th street. They have great brick oven pizzas.

Do you guys drink tea over there? Do you have a favourite?

Arthur: I'd say lots of tea gets consumed in New York. I love ginseng or green. Cory loves Roobios, but we are both into all kinds of tea.