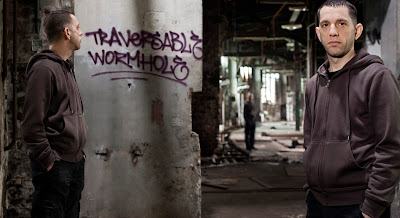 Prior to the happening industrial swing in techno, all roads for factory-made sounds led to Adam X - and alongside Terrence Fixmer - the Berlin-based New Yorker has become a go-to-man on topics Belgian techno, EBM and industrial music. In 2009, Adam “X” Mitchell’s mystery project, Traversable Wormhole, surfaced with a run of five secret 12”s, which combined Mitchell’s love for hardcore rhythmics and brutal sound design, with his inspired visits to Berlin superclub Berghain. In 2010, Traversable Wormhole was sent into overdrive with a heavy-duty rerelease on Chris Liebing’s CLR, which saw a galvanisation of techno’s biggest producers sign up for a colossal remix package of Adam X’s unveiled alias. 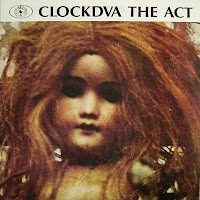 Sometime in 1999 my friend Reade Truth - who records on Carl Craig's Planet E label - and I were working the upstairs of my former record shop in NYC, Sonic Groove. A woman in her upper 40s entered the shop and asked if we would take a look through a bunch of records she wanted to sell. It wound up she used to work as the American publicist for (German Industrial band) Einsturzende Neubauten. She had a nice sized box of mint condition industrial and EBM promos she was looking to sell. (They were) Obviously promos sent to her when she was working as a publicist. I knew very little of the genre and at the time I was not a fan of vocal based music, so Reade suggested I listen to the instrumental mix of Clock DVA’s “The Act”.

I did exactly that and with the drop of the needle I was instantly hooked to the programming of the sequences, the mechanical drum rhythms and the overall sci-fi futuristic feeling of the music. Techno was quite stale in this period and I was looking for something I hadn’t heard before and this was it. This one record opened me up to a whole new world of music. I became addicted to industrial and EBM music overnight and bought hundreds of albums in the months to follow. I would also link up with many of the major players and eventually record for some of the most respected labels and artists from the scene, with several known artists recording on my label as well. This was a decade before the current hype of industrial music in the techno. In a twist of irony, the release for my label was from Dean Dennis of Clock DVA, with his 2001 EP "Sector". 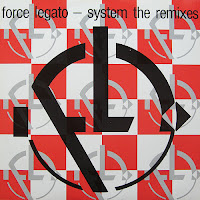 This release is one of my all time favourites. It was one of the first records I bought when I getting into techno in early 1990. It's a beautiful mix of Detroit techno with a Kevin Saunderson-esque bassline, but mixed with EBM in a special way known to come from the Frankfurt area back then. It was Oliver Lieb's first released record and it was a big underground hit in Germany. I wound up re-releasing it on Sonic Groove in 2001 with a Two Loneswordsmen remix and one from myself. Around the same time I sold an original copy in my shop to DJ Hell after I played it at a gig with him at Limelight in NYC. He would then give it even more shine on a compilation he released. This track really influenced some my work over the years, it's a great mixture of EBM and techno. 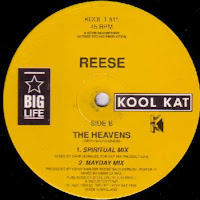 Though I’m known for playing the darkest of dark music, I actually love the deeper - more melancholic - and spiritual side of music just as much. This, in my opinion, is one of the most self reflective tracks ever to come out in techno. It still gives me the old chicken skin every time I hear it. If you dig through my discography over the years, you’ll find a lot of self-reflective and melancholic tracks I have made - they exist and Detroit's Kevin Saunderson has done many-a-record over the decades to inspire a lot of my music, whether it’s his bassline, melodies or rhythms. They don’t call him Master Reese for nothing. 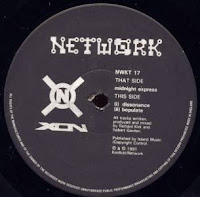 Broken beat, bass and bleeps from one of the most important - but yet very underrated techno producers of all time - Robert Gordon. Gordon collaborated with Richard H. Kirk of Cabaret Voltaire on this release, but Gordon's bass and bleep signatures are all over this EP. Gordon is the founder of Warp Records and recording under the name Forgemasters,  Gordon bought heavy bassline to techno music; check Unique 3’s “The Theme” from 1989. He’s had a huge influence on me over the decades and his music has surely had a subconscious inspiration on me in the way I write basslines. 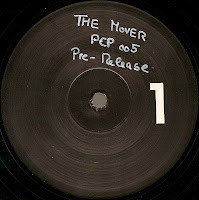 The darkest of dark techno. I remember when it first dropped in early 1992. It was like: “what the fuck is this?”, “who the hell made this?” We didn’t have the internet back then, so things really were a mystery and a record like this was damaging to braincells. It would just crush shit in these dark and dirty warehouse parties we organised for thousands of people. It still crushes shit 21 years later when I play it. I featured it on a very big compilation I did in 1998 that I released through legendary industrial label Wax Trax. This was before I knew anything about industrial music. It really gives industrial music and EBM a run for the money in darkness-appeal. A huge record in my life and it definitely takes me on a night flight down the Traversable Wormhole. 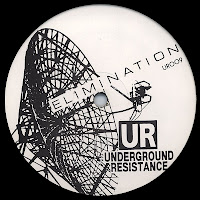 In my opinion, the all time kings of sci-fi techno were the deadly combination of Jeff Mills and Mad Mike. For me the sound design in “Elimination” is second-topnone when we’re talking about sound travel between the galaxies. I have traveled through many-a-galaxy listening to this over the past 22 years. If the artwork for a release was ever correct, it was on this record; the label shows a huge satellite dish which is most definitely sending out signals to other life forms far, far away. 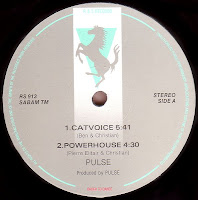 This one was never a known record on R&S, or one that was played out much back when it was released in 1990. Perhaps it was because it is one of the darkest, most spaced-out sci-fi techno records of all time. It more like a sound track for a sci-fi horror flick - like Alien or The Thing - than music that’s made for the dancefloor, although it does have beats. The sound design on this is incredible. Mentally, this track puts me in some remote location -  not on earth - and no one is around, just faint voices and screams heard traveling through time and space. This is some seriously heavy mental shit here. No other record sounds like it.
Posted by TEA at 06:30