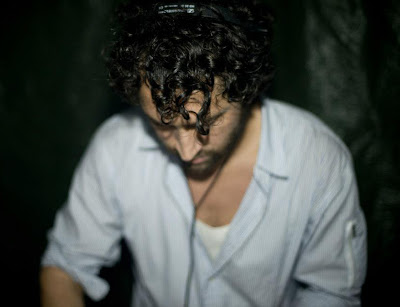 It’s a Wednesday night and I’m sheltered from the outside freeze of London’s February in a warm Stoke Newington pub. It’s the type of outside cold best dealt with quick movements, gloves and a face full of scarf. Warming my insides while waiting to meet Marco Sartorelli aka Marco Shuttle is a pint of dark ale and a half finished book.

A well dressed Italian looking man enters the pub with a searching facial expression. He makes his way towards me and I wave him over, only I’m not greeted with recognition, but confusion. He walks past me and meets his girlfriend instead, leaving me to realise I had just greeted a stranger. Another Italian looking man then enters the room holding two arm loads of groceries. To save myself another awkward embarrassment, I hold off for several moments, before my not-so confident wave is met with a smile and hand gestures indicating he’ll be over with beers and crisps.

Raising our glasses to a cheers, Sartorelli tells me apart from music, he works as a freelance fashion designer for an Italian menswear label. He then takes me back to where it all began, flyering for nightclubs in his seaside town of Jesolo, just outside Venice. Our conversation then travels from Italy to London and onto Berlin before moving to Stockholm and back to London. Along the way we meet Restoration Records, Serge from Clone, Morphosis, Chevel and Lakuti’s Uzuri Records as well as some insight into how the Italian started his label Eerie, now up to its third release.

Where did music begin for you?

There have been different stages. I've always been involved in the club scene, especially back in Italy in the early '90s, although at the time I wasn’t really working for clubs that were that interested in music. I was working for clubs that were cheesy and touristsy, but at the end of the day I was working for those clubs as a promoter - just flyering around really. But then when the club I was working for closed, I would go to other clubs which were more like underground clubs, a lot of deep house and Chicago, Detroit - all those seminal types of things. Like a lot of people, you start going to these places and hearing these kinds of music and suddenly it clicks. I remember when I was a kid I used to like Pink Floyd and the Doors. I really liked the psychedelic and deep sounding side of rock. There was a type of rock music that I would find appealing because it had a trippy - long journey - types of elements that I’ve found very similar to deep house and techno.


What were the first electronic acts you liked?

Funnily enough I discovered artists like Kraftwerk and Tangerine Dream after discovering house music. At the beginning of the ‘90s, I was a teenager, so house and techno came first and later I discovered its roots. In the late ‘80s a lot of pop music was drum machine driven and it really caught my attention. Whenever I heard a good pop track that had these different kind of abstract or analogue electronic elements, I would find it interesting. 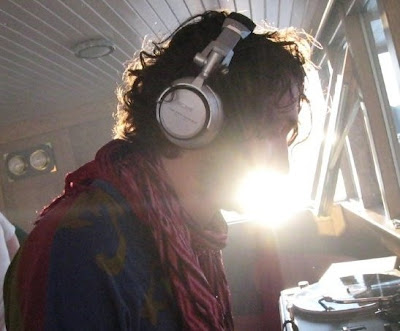 Where were the clubs you were working for?

It was on the coast, near Venice. At the time there was a very interesting scene happening there, unfortunately it didn’t last very long though. There was Riccione and there was Jesolo. Jesolo has always been the more experimental town musically. In Jesolo, clubs like Matilda, Movida and Housenation had fantastic DJs and a lot of great nights. It was really about these two seaside resorts really, people would go there on holidays. A lot of foreigners would go there because it’s very close to Venice, so in the summer it was quite international. Tourists would get to Venice and stay at Jesolo because there was the beach.

Where did you move from there?

I lived in Italy until I was 26, then in 2002 I moved to London, because I was doing a MA in Fashion at St Martins. At the time I was already DJing - of course fashion was my main thing, but music was a big part of my life as well and I quickly became involved in the east London scene. I became part of the early Süd Electronic crew, they threw great parties in London for a long while - Süd Electronic parties were run by Lakuti who now runs Uzuri Records and bookings. At the time she was throwing these great parties, so for a couple of years I have been lucky to be a resident there, as well as playing all over east London.

I used to run a monthly all-dayer at Cafe 1001 called Guerrilla Lime and Soda with my good Aussie friends Ben and Jug. Then I moved to Berlin and from there I went back to Italy for a while, got a job in Sweden, moved to Sweden and lived in Stockholm for almost two years. During my (first) time in London I was DJing and slowly getting into production and then in Italy and Sweden I just went on producing, carrying my studio around. I slowly equipped my studio with bits and pieces and finally even started my own label. I released quite a big hit in 2010 called The Vox Attitude for the swedish label Vidd, which is a Färden (Records) related label, which to date is my most popular record. So far it’s just my release on that label, although I believe they are about to release a second one soon. 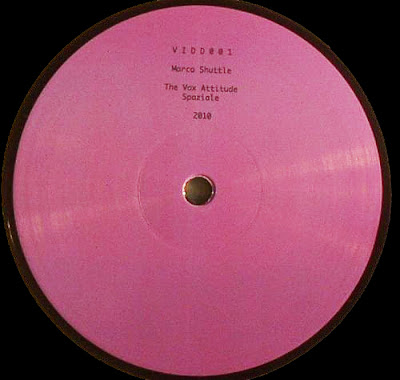 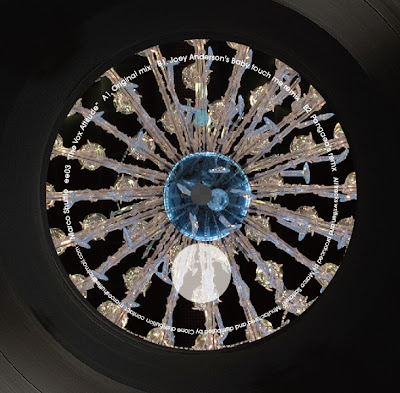 Did Färden Records like your tracks enough to start a sub-label?

The Swedish style of techno.

Yeah yeah. except my thing at the time was very much warehouse stompy 808–909 and vocals; slightly ‘90s too. At the time it was quite fresh sounding, now it’s more “the thing”. In fact, I don’t do that type of sound anymore really. The Vox Attitude has been my biggest success so far, but at the moment I feel I’ll distance myself from that sound, not that I’m in denial, I really like the track and it means a lot to me - actually I’m releasing a repress of the original with two remixes by Joey Anderson and Pangea. With The Vox Attitude release I crossed that musical line and afterwards I secured an EP for Clone on their Store Only Series and after that I launched my label, which has two releases - the third being The Vox Attitude remixes.

How did you come to release on Clone? Did you get in touch with Serge directly?

Yeah, The Vox Attitude was distributed by Clone, so I was looking for labels to release more music on and I thought ‘why not get in touch with Clone directly?’. Serge charted my track and a lot of Clone related people did too, so I thought I might as well ask him. It’s amazing to think a release on Clone actually happened. I sent a few tracks to Serge which he liked and initially he wanted to release them on Clone Basement Series, but later he said he thought my style was a bit deeper.

Clone Basement Series is really club banging basement tracks, so he thought my tracks would suit a more niche and limited release. So he said lets do it on S.O.S and that was ok with me. After that I told him I wanted to start my own label just for my own music and he was really supportive of it. So far it has been going well. I also recently collaborated with the Restoration guys and I’ve done a remix for Third Side, with remixes by myself, Morphosis, Virginia and Xenogears. 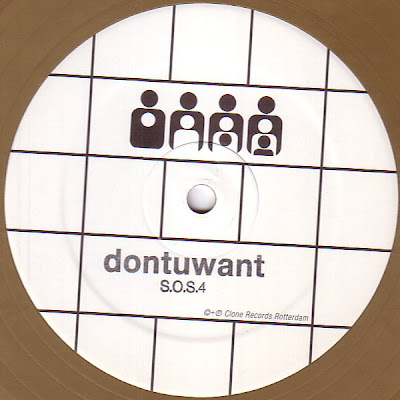 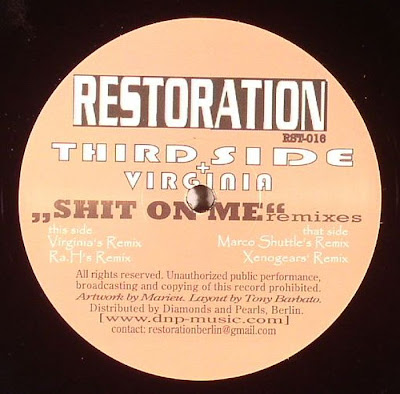 How do you know the Restoration guys?

We are pretty much from the same area in Italy. I was playing at a party in Padova called Crispy. Lucretio plays there sometimes and one night he was there when I was playing. We met each other properly that night, although we already knew each other “musically” and we became good friends.

You are also friends with Chevel?

Yeah Dario (Chevel) is also from the same area of Italy, same with Morphosis - although he is Lebanese - he lived in Venice for 15 years, so he is more of an Italian producer rather than a Lebanese one, at least to me - I mean he speaks dialect. He speaks Italian like me, with an accent. So in that area there is me, Morphosis, The Analogue Cops and Chevel. When I used to live in Treviso, Dario lived one kilometre from my house. He is a very talented kid and he is so young and I think he has a fantastic career ahead of him. He is really technical and knows how to make music with machines and at his age that’s outstanding. I don't see how he’s not going to become well known in the future. 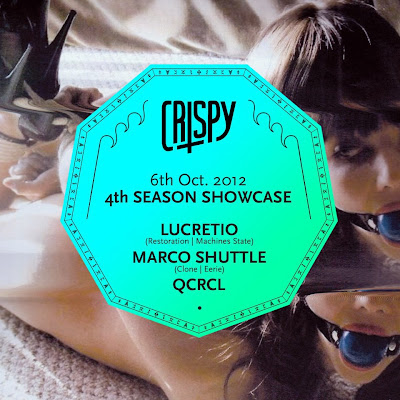 Let’s speak about your label. You said it’s just for your productions?

I’m basically setting up my label with the idea of Jeff Mills’ Axis - he only releases his own music. I make really long and elaborate tracks and all the tracks I make are pretty much good for my label. But let’s say the idea behind my music for Eerie is to keep it a little more conceptual. When I do remixes I’ll tend to do something that is more banging, like I’ve done with the Third Side remix, which is more like a proper techno track, a dancefloor techno track. I’m not saying my label isn’t dancefloor, but it’s always very deep and trippy. I wouldn’t say its for everybody, but on Eerie I try to do more of a sophisticated challenging sound.

Would you ever consider having other producers on your label?

At the moment I am happy with just my own music. There are other people whose music I would like to release, but there aren’t enough for me to think about starting a roster and signing artists. At the same time I like to release my own music, but I’m already short of time. Even now with remixing I am chasing people to get the record up by the planned date and when you work with more people, it suddenly becomes more complicated. It takes more time and energy, as everybody takes their own time to deliver tracks. 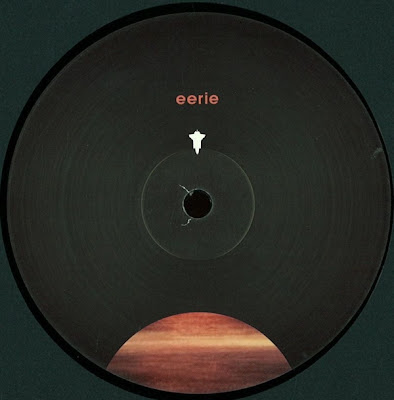 You mentioned you built up your studio. How is it coming along at the moment?

My first release was mostly digital, only I had Korg drum machine at the time. Then slowly I got some more machines. The Vox Attitude was pretty digital to be honest, although I used a lot of sound form the Korg. Then I bought an 808, a 303 clone and I recently got Doepfer modular unit, so my productions ended up drifting from quite an analogue sound to a fully analogue sound.

Explain the podcast. How and where was it recorded and how did you prepare for it?

I recored it in my flat in Hackney and it’s mostly vinyl. What isn't vinyl hasn’t been released on vinyl or is going to be released on vinyl in the future. So I’m a proud vinyl person. I get very anal when I do these kinds of mixes, I don’t just do a jam for the sake of it, it takes me a while to put together an interesting sequence of tunes that explains my vision of electronic music. I always try and do something that is eclectic in a way, but at the same time it sticks to a mood, so with this one I started with Monte Cazazza.

I was going to ask, tell me about the first track.

Yeah, its a track by Monte Cazazza - an American artist and composer of industrial music.

Finally, what is your favourite tea?

Lately I have to say I have been into South African redbush tea.