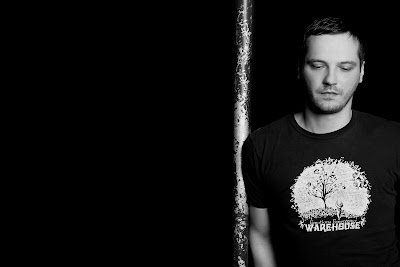 Is the Fachwerk family misunderstood? Are press shots of three topless German males greased up to the chiselled jaw-line really a narrative for house music? Were we wrong about linear and rugged machine funk?

Well, kind of. Mike Dehnert’s extensive back catalogue has proved beyond reasonable doubt that he is in fact as much a house honcho as he is a bulwark of German functionalism. Sascha Rydell’s lusty productions glow with the kind of sensuality that has you seductively biting your bottom lip like Angelina Jolie, not screwing up your face with a look that says “tune”. Roman Lindau also suggests he is more about da funk and shaking his ass like a “fitness DJ” rather than manufacturing conveyor belt fist pumps for dancefloors. On top of all this, Fachwerk’s production titles are laced in French suggestion, not unequivocal Deutsch.

So creating the label Colombage for their house-mate cousin Reno Wurzbacher isn’t as left-field as one might think, if anything it’s a vote of confidence for Wurzbacher and a giggly new outlet for Fachwerk’s thrust into house music.

Last year Wurzbacher released his debut opus, "Julischkaa", alongside yet another trusty Dehnert cut for the launch of the Colombage label. It’s now obvious as to why MD dedicated an entire platform to Wurzbacher, as his introductory oeuvre is majestic house music at its purest and a serene set opener. Wurzbacher followed up with "Mode One" earlier this year for Colombage’s second missive Raw Mode, which also gave Roman Lindau his debut on the Fachwerk sub.

Wurzbacher opened up the doors to “the huge Fachwerk-apartment” to let us in on Sachas Rydell’s record collection, his relationship with Roman Lindau and hip hop, his supposed stubbornness and attuned taste for turkish tea.

I did the mix with two Technics SL-1200 MK2, an Allen & Heath Xone 92 and a Bose Soundsystem. I only DJ with vinyl. Digital stuff like Traktor hasn’t done anything for me so far. I guess I am really old school and very stubborn. In Germany we have an old saying which fits perfectly: "Was der Bauer nicht kennt, dass frisst er nicht" which means “some people won't eat anything they've never seen before”.

Explain the type of house music you are into, how you discovered it and how long you have been DJing for?

I see myself as an advocate of good old deep house. Vinyl records have a special groove, they should show emotion and evoke feeling and they’re can be a bit scruffy. There is nothing worse than an overloaded and perfectly shaped production where the focus is only on the sound. At its best a production is balanced and for me the “idea” behind any track is the most important thing.

In 1997 I started DJing and back then I only spun hip hop records. In 1999 I went to a party where Dixon and Mitja Prinz were playing at WMF. I was completely blown away by them and their style. From there I knew this was the the music had been impatiently waiting for - for so long. So, I sold all my hip hop records and started spinning and collecting house music. Of course I still like to listen to hip hop, mainly the old stuff by BootCampClik and Mobb Deep, but my musical life is mostly affected by deep house sounds.

You recently played for the first time at Panoramabar with the Fachwerk crew. How was it?

Oh yeah, that was an awesome night, I played from 3-5am. Mike got the party started and the crowd was full of enough energy, literally soaking up the music and partying hard. The Fachwerk guys and John Tejada’s live set kept to a much straighter sound, so I think my house set was a really good contrast and the people enjoyed it and got their money's worth. We all had a lot of fun and hope we can do it again pretty soon. 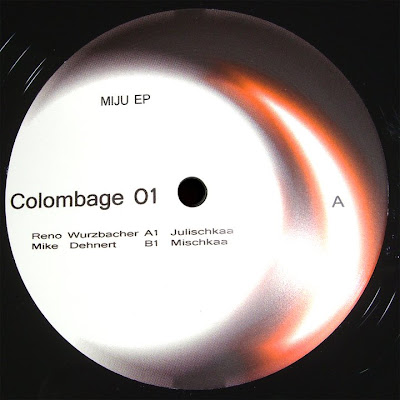 Roman Lindau said you first meet eight years ago. How did you first become involved with the Fachwerk crew and how close are you know with them?

It’s actually nine years now but Mr. Lindau has trouble remembering things (laughs). We accidentally played a show together called “Deep Impressions”. We were booked separately. From then onwards we became really good friends. After that Roman introduced me to Mike and Sascha and we met up regularly, went to parties and we shared a studio for a while. Right now we are all doing our own thing, but of course we are still hook up, talk about music or just have a beer and enjoy the good times.

How long have you been producing for?

As I mentioned before I started DJing in 1997. Five years later, in 2002, I started producing on my own. Basically it’s like what Roman said: if you always deal with music, buy listen and spin records, your own ideas automatically begin to evolve and you want to put your ideas into practice. You want to know how it works and obviously you want to make something that people will say “Wow, I like that. That's the groove. It affects me”.

But it takes a while to reveal something that you are convinced is good enough to be released. At least I think that’s the best way, because with music, it’s like everything else in life; you have work on it intensely, learn about it and work on it. Then you’ll master it and have something of value that will mean something to you and others.

It seems as if the Fachwerk guys are really enjoying house at the moment. Sascha Rydell’s new EP is the very “housey”?

It' may appear like that but I wouldn't say that this is just a period for the guys. All of them, even Mike, test the waters outside of techno and they toy with house music all the time. Sascha’s record shelves are full to the brim with terrific house records from all kinds of decades. Mikes "Deep Route", released on Deeply Rooted House is now two years old and for me is still one of the best house tracks of the last few years. Roman in person, I got to know through deep house and I know that he is a huge fan of funk and soul.

I think Fachwerk stands out from the techno-crowd as a label because of their passion for house music. They produce techno music with soul and drive. They have the energy to give something back to the people who may have missed it previously: The spirit of techno music. Frankly, it isn't about clumsy, fast beating kick drums and some arty, abstract industrial sounds thrown in the mix, it’s more about the depth and the groove that catches you, something that literally picks you up and won't let you go. People should feel the music and I believe they do with any Fachwerk record. 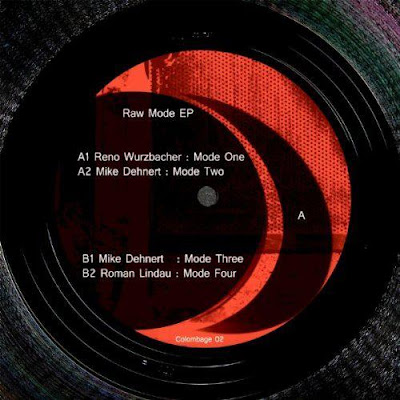 How much do you think you have influenced the Fachwerk sound since you have been involved with them?

I don't think that I have a big effect on their productions, or maybe I just can’t tell. Somehow I don't want to affect them. Each of them do their own thing and that’s fine. Sure, I tell them what I think about their tracks, what I like and of course what I don't like, but in the end they release stuff on Fachwerk that is Fachwerk - Mike Dehnert, Sascha Rydell and Roman Lindau.

Explain the Colombage label. Was this created for you to be able to release your music on, as well as Fachwerk's “housier” tracks?

Yes, definitely. It’s as if they all loved my stuff, well most of it (laughs). My tracks didn't match the label (Fachwerk) so Mike offered me the chance to launch a label I could release my own tracks on instead. My track Julischkaa was the decisive factor behind the decision. It’s more of a calm and long house track rather than a techno anthem, but they liked it so much that they wanted to release it on vinyl. Therefore Mike launched Colombage. So what can I say, I give Mike huge props because he has given me the opportunity to release my music the way I want.

No, I don't think that Colombage would exist without me. With the sub-label (Colombage) Mike essentially built a little empire just for me. The guys have their own home-base with Fachwerk, so they don’t need another label. However, each of us is free to release on Colombage. Mike and Roman already have and I am sure that Sascha will also release something on Colombage.


What productions are you working on at the moment?

Currently I’m working on my third Colombage record. This time it will just be a Reno Wurzbacher record. I’ll release three tracks with the chance of a remix by one of the other guys, but we’re not sure yet. 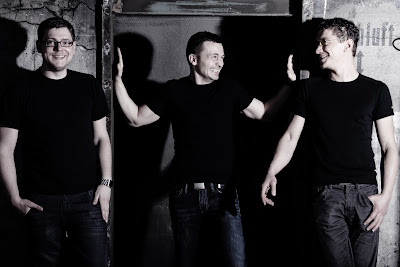 Do you consider Colombage to be your home label? Would you release music with other labels?

Oh yes, Colombage is my homestead. It's like my own room in the huge Fachwerk-apartment. Here I can carry on and make a mess, until the man of the house - Mike - comes home, gives me a wrap across the fingers and tells me to clean up and release more music.

For sure I would release on other labels, but it has to be on good terms. I don't mean financial terms, but rather being given the freedom to create and being given time. I am not a machine, I want to take the time to produce music and need to be given as much time as I need to make a good production.

What’s coming up for Reno Wurzbacher?

I hope just good things (laughs). Firstly I am looking forward to Colombage 03. At the moment it’s the most important thing for me. Apart from that I hope to spin some records with the guys soon, whether it’s in Berlin or abroad, we’ll have to wait and see. Music will continuously play a major role in my life. That’s guaranteed.