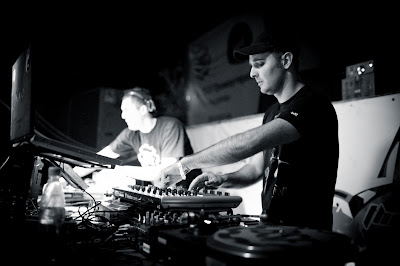 There is a certain originality garnered by provincialism that often transcends the mainstream think-tank of capital city music culture - Detroit being an example of this.

London, Berlin and New York harbour an et al of house and techno’s most synonymous names, but it’s the unsealed highway and rickety turnpike that can lead to the most revered producer.

Now Russia, a country as provincial as it is populated (145.5 million), begins to truly rear its high-cheekboned and techno-chiselled jawline for the world to see. A new Kremlin of Russian techno is starting to emerge with Unbalance and Unbroken Dub, along side other up and comers Alex Danilov and Alexy Volkov.

But it’s not just Russia; The Ukraine are amidst a techno revolution with artists Stanislav Tolkachev producing an impressive slew of releases on Pohjola (sub to Grovskopa’s Emergence Records) and Modularz.

TEA’s 28th podcastee Woo York joins Tolkachev in establishing themselves as a name in techno and supply TEA with a live P.A. made up of exclusively their own and improvised material.

Their third and most recent EP for Mutex Recordings Igla, was neatly remixed by Truncate and Swede MRSK. Some welcoming cavalry for long time Polish techno partisan Echoplex.

No longer is the Eastern Bloc the butt of YouTube links showing grubby daylight forest raves, with shirtless skinheads trying to insert their blocky craniums into throbbing speaker cones.
Posted by TEA at 22:18