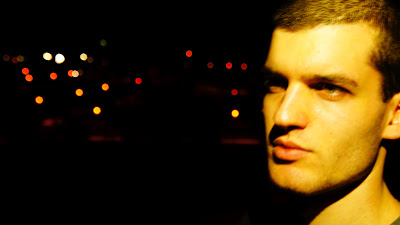 Once cradling young techno hatchlings Jonas Kopp, Markus Suckut, Forward Strategy Group and Claudio PRC, Stroboscopic Artefacts label head Lucy could well be watching on like a proud and puffy chested parent. Of those mentioned, some may have flown the Strobo coop, taking flight into techno’s abyss, but all have enjoyed the spoils of successful albums, eps and newborn label ventures.
Of the Stroboscopic Artefacts gaggle yet to join the flock, is one Dario Tronchin, aka Chevel. Hailing from Treviso, Italy, just north of Venice, Chevel is best known for inducting Stroboscopic Artefacts’ “Monad” series, a conceptual five part process the label exhibits each year. Following in Chevel’s Monad footsteps is a major league of techno sluggers including; Donor, Perc, Pfirter and Go Hiyama, as well as sound experimentalist Aoki Takamasa (Kangding Ray forthcoming) and Stroboscopic Artefacts visionaries Xhin, Dadub and commander in chief Lucy.
Classically trained in composition and percussion, Chevel’s obscurity is not through a lack of talent, but a conscious decision to burrow underground and finely tune his craft. Prior to his Monad release, Chevel had rubbed shoulders with an assortment of (then) emerging producers including Xhin and Obtane to Miss Fitz & Shaun Reeves - he was even remixed by Motor City Drum Ensemble. Other Chevel releases came through Daniela Stickroth’s LINEAL and Arnaud Le Texier’s Safari Electronique. 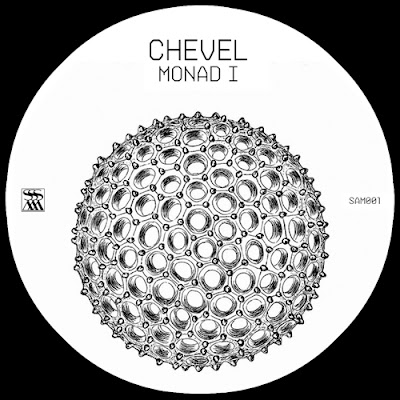 Even after releasing music alongside Lucy on Meersteif, Tronchin first made contact with Luca Mortellaro (Lucy) in 2008 through Myspace. Mortellaro took a liking to one of Chevel’s tracks on his Myspace player, prompting him to get in touch with Tronchin - pronto “Luca heard my track ‘Love’ and asked me for my phone number, he called and said he was planning (to start) a label with his friend Rone. They were living together in Paris and wanted my music for the label which was going to be called Ghost Note, but it never happened.” says Tronchin.

A bright eyed Tronchin then travelled back and forth between Paris and Treviso, catching up with Mortellaro, and along with Rone, the three became friends. However, the chic and expensive Parisian lifestyle was beginning to take its toll on the trio and collectively the three decided to substitute cheese, wine and patisseries for doner kebabs, steins and techno clubs. The troupe then made the move to Berlin, where they remained for the next year. Mortellaro soon launched his new solo enterprise Stroboscopic Artefacts and as Tronchin explains: that’s where things started to happen. “There is a lack of musical - or possible musical experiences - in Treviso, so when I lived in Berlin, I spent every weekend at Berghain. I really sucked up all of the energy and vibes from the place. It really changed me as a person. Also seeing places like Hardwax and discovering Basic Channel really had an impact on me.”
As cliche as it all sounds, this won’t be the last time Berlin or Berghain “changes” a bushy tailed youngsters life, it’s probably happening now. Tronchin later returned to Venice to see out the rest of his musical studies, this time in “electronic music”. It wasn’t long until he made the connection between minimalism, repetition and electronic music, with the natural gravitation toward the “usual suspects” Steve Reich and Phillip Glass. 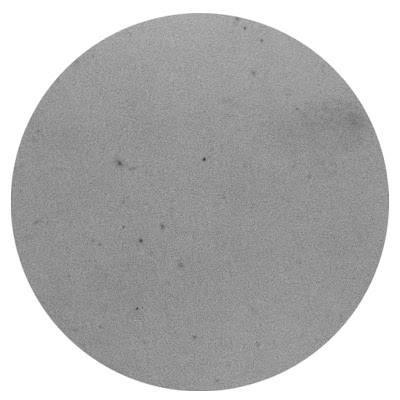 Most of us, whether we admit it or not, are more likely to have obsessed over Jeff Mills or Surgeon long before hearing anything John Cage or Karlheinz Stockhausen (some to this day still deny ever listening to Cage’s 4’33”). Discovering classical experimentalist music post dance music, is a road commonly travelled for the heat seeking electronic music enthusiast, wanting to exhume the very core of repetition, sound mechanics, experimentation and minimalism.
Chevel’s cave dwellings could be coming to an end, as a rise to the surface looks imminent. Discussions have already taken place with distribution companies and promotional agencies in regards to his new label “The Building” - inspired by his studio’s locale, a derelict structure in an otherwise green part of Treviso. “I want to start my own label and I have been planning it for about a year. I’ve started producing on a daily basis and I am much more productive than when I was younger.” says Tronchin.
Over Skype video link, I’m given a guided tour of his studio - inside of “The Building”. On show is a neat row of idling drum machines and modular synths, an Allen Heath mixing desk, his beloved Roland SH-101, 606, 16 step analogue sequencer and various other bits of music making machinery and analogue spaghetti. There is an undeniable rawness to Chevel’s tracks, which comes not least as a result of the live ethic Chevel places on his production process. Chevel’s one take shots capture the imagination, improvisation and off the cuff tweaks, triggers and patterns he uses to create his lonely techno cuts.
Tronchin unpretentiously touches on his machinist model of producing, “In comparison to my mixes for Stroboscopic Artefacts, my tracks now are a bit slower, sexier and have more rhythm and warmth. They’re all recorded in one take, I think you can hear that, they are quite primitive, but controlled.” 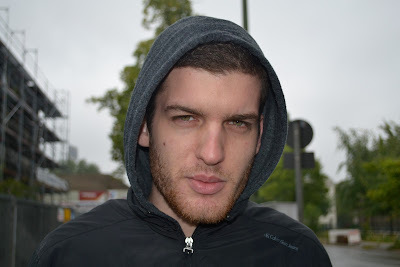 Tronchin also maintains an analogue ethic when he DJs, 100 per cent vinyl. But like many who live in smaller cities, he frets the opportunities Treviso offers DJs. Tronchin has been throwing parties in Treviso since the modest age of 15, he even boasts holding 300 people plus bashes, but has since sidelined promoting to focus on production. However, there is still one event near Treviso which attracts his attention, “There is party called Rivolta, which means Riot in English. It’s the only venue in Treviso where you can have people like Carl Craig or Marcel Dettmann play. It is one of the few goods things in Treviso. Every year Rivolta has a independent record label party where Italian labels show up.” he says. It’s no surprise that Tronchin earmarks the super clutch of Italian house imprints Restoration, Live Jam, Relative and Warm Sounds as influential.

Unbeknown to Chevel, until recently, is the emergence of another Treviso producer Marco Shuttle, who is in the midst of launching his own label Eerie with his forthcoming “Modula” ep. “I have been following Marco’s music since his first release and I love it. When I heard his debut on Clone Records I was blown away. I contacted him and discovered he only lived about 300 meters from my house.” says Tronchin. Shuttle’s Clone release is part of the Store Only Series, an initiative the Dutch imprint set up to sell records exclusively through physical outlets, not web shops. So far Legowelt, Vernon Felicity (yet another Conforce alias) and Delsin/Music Man legend Quince have released on the label.
After laying foundation to his productions, seeing his vision for a new label set in motion and with a bank of productions raring to go - Chevel, who may have once been considered Stroboscopic Artefacts’ ugly duckling - could well be maturing into one of house and techno music’s most beautiful.

All tracks in Chevel's TEA podcast are produced and engineered by Dario Tronchin.
Chevel's self released Reset ep is available to purchase here.
Posted by TEA at 19:49