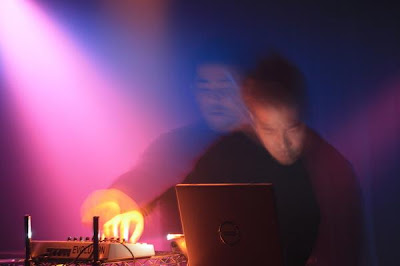 I've been a young apprentice of Akihiro Mochi's dojo riddums since first hearing his Blackout ep on Len Faki's Figure Records early last year. Much can same the same for his live sets.

Few and far between (online that is) A.Mochi's live shows resonate darkness and hypnotism courtesy of his trademark rolling tribal drums and cludding Japanese thumps. Snarling builds and snow white peaks soar to the extreme before falling in preparation to do it all over again.

Sensei Mochi is no stranger to big releases with seminal works on Luke Slater's Mote-Evolver and Francois K's WaveTec.